How to set up Express Transit with Apple Pay for any card with iOS 12.3 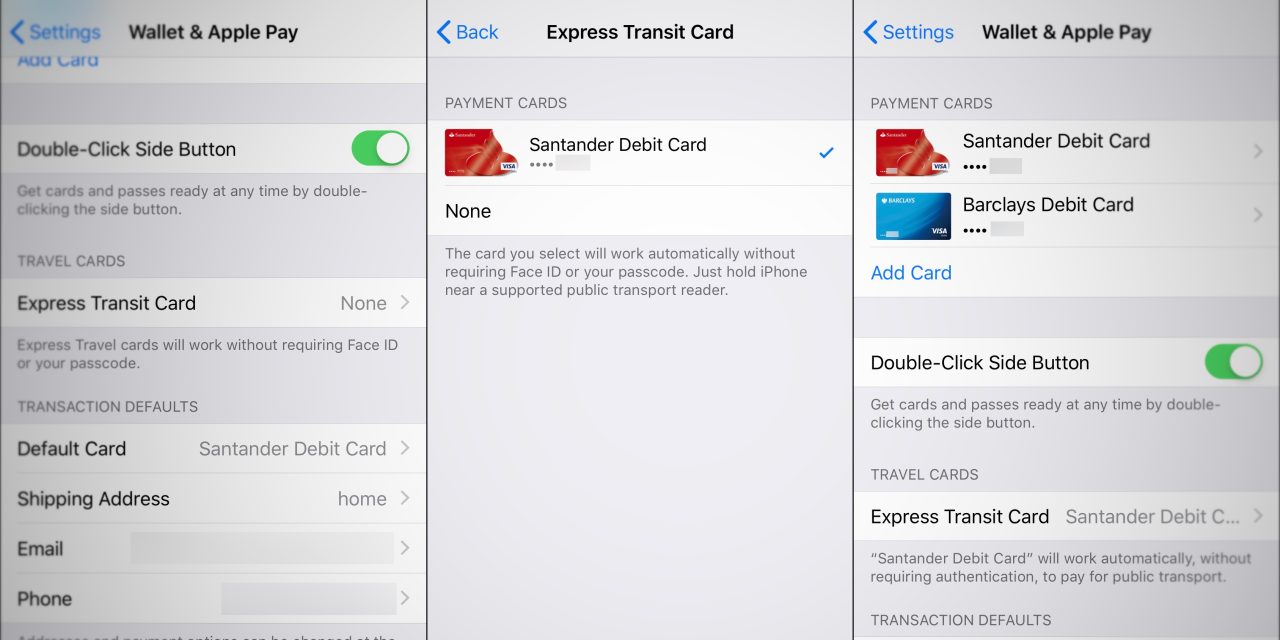 Express Transit lets you use Apple Pay without requiring authentication like Touch ID or Face ID. This means you can make instant transactions at transit gates and terminals just by tapping your watch or phone.

Until recently, this convenience was limited to special transit cards like Suica in Japan. With iOS 12.3, Apple has now enabled the ability for any credit or debit card to be used with Express Transit. There is a catch though …

In iOS 12.3, anyone can go to setup Express Transit but whether you can use it is a different matter entirely. The problem is Express Transit requires cooperation from each transit system and some banks also aren’t participating.

If your bank card does not support Express Transit, it is at this point you will get an error message saying your card is incompatible. Otherwise, you’re all set.

So now, with an Express Transit card configured, you can theoretically enter the metro or trains with just a tap of your phone or watch. However, this is where the second requirement comes into play: transit system compatibility.

Presumably, over time, more transit systems will allow Express Transit transactions with payment cards but for the time being, it is slim pickings.

As always, Express Transit is available in Japan with Suica, and Beijing and Shanghai with the local transit cards. There is only one place right now that allows Express Transit for normal payment cards: the TriMet in Portland. So if you live in Portland, you are in luck!

Otherwise, it’s a waiting game for more transit systems around the world to accept Apple Pay and Express Transit.

One thing to note is that enabling Express Transit is more of a risk than normal Apple Pay, as it means anyone with physical possession of your phone can make transit payments just by tapping — no Touch ID or Face ID required. Therefore, if your phone is lost or stolen at some point, make sure you go to Find my iPhone on iCloud.com and set your device to Lost Mode as soon as possible. Lost Mode disables Apple Pay entirely.

Japanese users are also reporting a dramatic speedup in Suica contactless performance on devices running iOS 12.3. Here’s a video demo from AtADistance demonstrating the kind of experience you can expect from Express Transit: