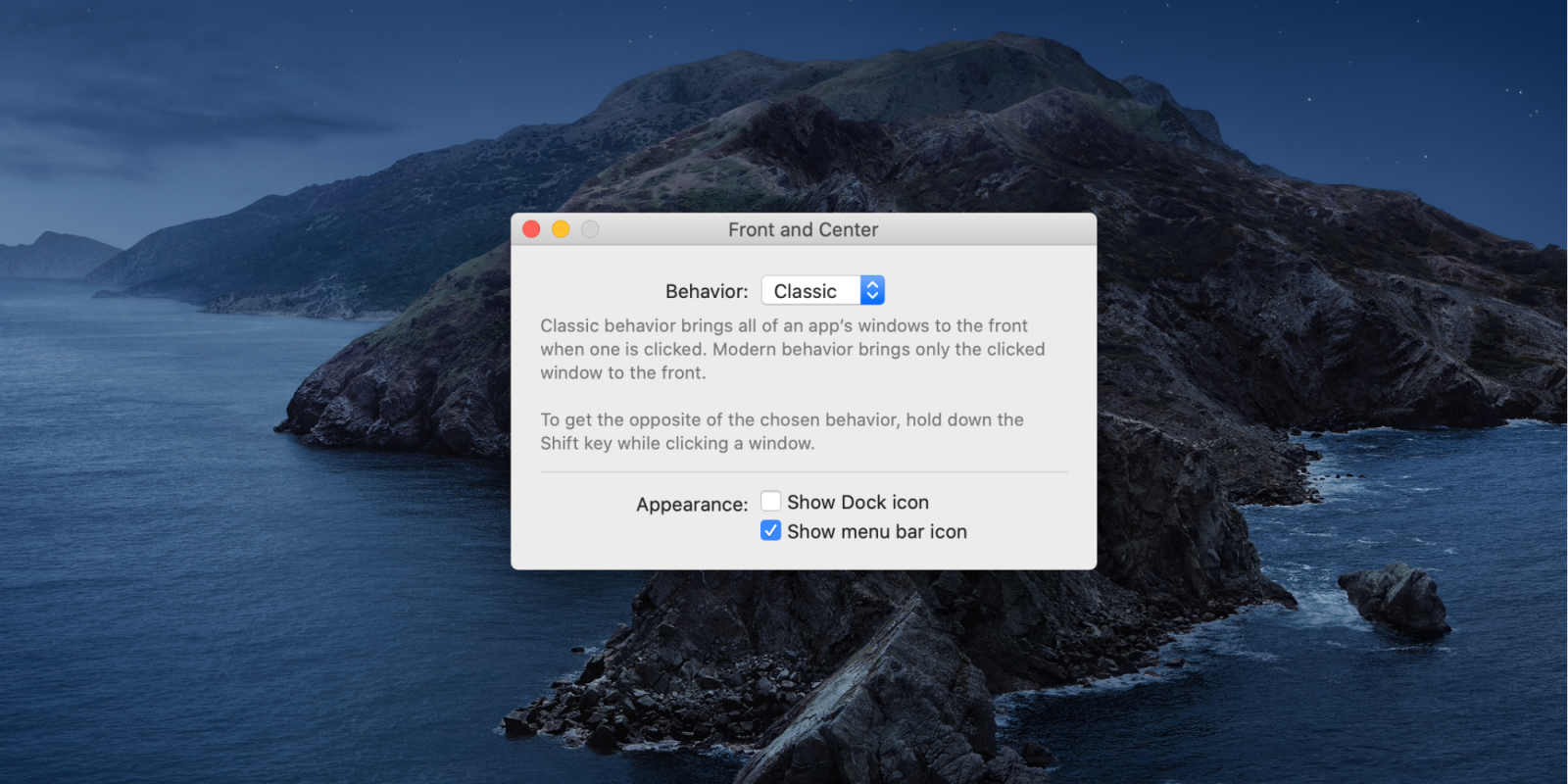 My first Mac was a 12″ Powerbook running OS X Panther that I purchased in 2004. To this day, it remains one of my favorite computers that I’ve ever owned. A few months after I purchased it, OS X Tiger was released. I remember the joy of waiting on UPS to deliver the DVD so I could upgrade. I say all that to make the point that I’m neither a new Mac user nor someone who’s been around since Apple was “doomed”. I do know one thing, I’ve discovered a new app that makes me wish I had. Front and Center’ by John Siracusa and Lee Fyock is one of those apps you’ll never live without once you get it installed.

On his blog, John shares the back story on how this app came to be:

My particular style of window management leans heavily on the classic behavior. I also appreciate the Mac OS X behavior in certain circumstances, so I was delighted to find apps that enable both behaviors, using shift-click to override the default.

Sadly, macOS Catalina’s lack of support for 32-bit apps finally killed the last of the apps that implemented this feature. I was alone in a cold, barren world where I had to click on a Dock icon to switch to an app and bring all its windows to the front.

I tried to get used to it, but I could not. Next, I tried to persuade a few of my developer friends to create a tiny Mac app that implements just this one feature. My friend Lee, a longtime Mac developer and user, eventually took up the challenge and created a simple app to do it.

Once I realized that was possible to do this method, I couldn’t download Front and Center fast enough. How is this not the default for macOS in 2020? This method makes a lot more sense than the default behavior. This app will be added to my toolbox of apps for new users. If you like the current macOS setup where it only brings makes a single-window come forward, you can keep it, but make shift+click revert to the classic model.

Overall, Front and Center is a simple app, but it does exactly what it says it will do. You can download it for $2.99 on the Mac App Store.