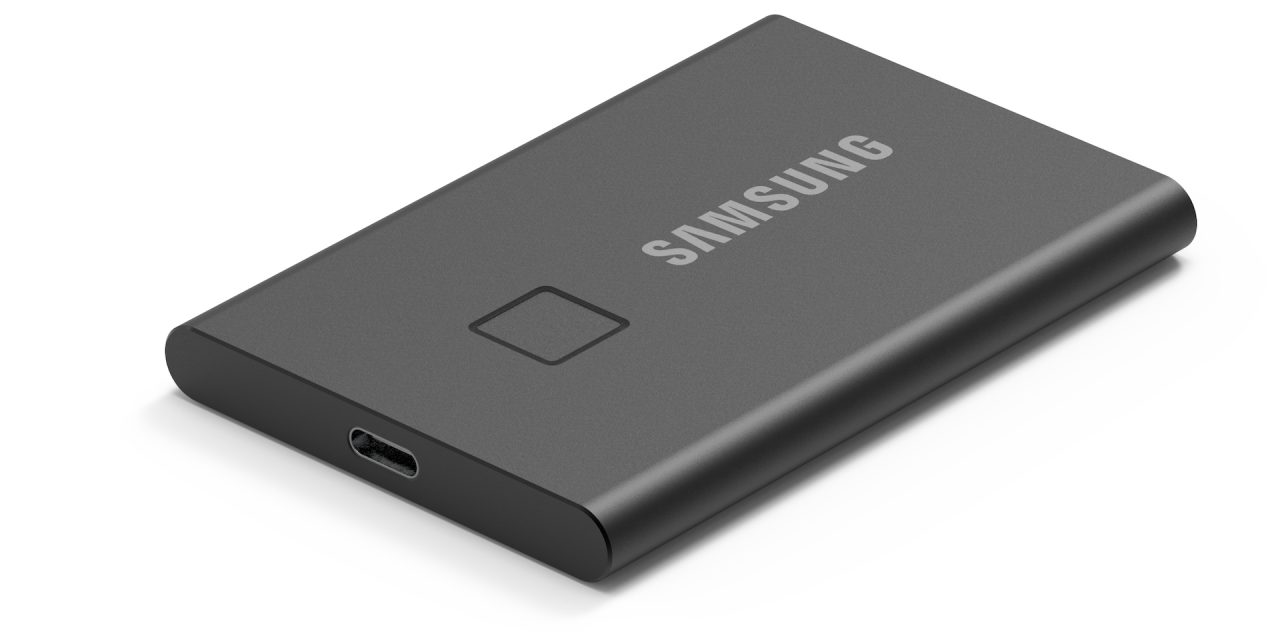 Today Samsung took the wraps off the latest entry in its popular T-series portable SSD lineup. The Samsung Portable SSD T7 Touch is an external storage drive that delivers speeds up to twice as fast as the Samsung T5 (review), and for the very first time, features a built-in fingerprint sensor for added security.

The new T7 Touch features highly respectable read speeds of up to 1050 MB/s and write speeds of 1000 MB/s while retaining the portable, bus-powered form factor that has made Samsung’s lineup of drives so popular among consumers.

Weighing just 58 grams with dimensions of 3.3 x 2.2 x 0.3 inches, the T7 touch retains the diminutive form factor of its predecessors that make it easy to slip into a shirt or pants pocket. 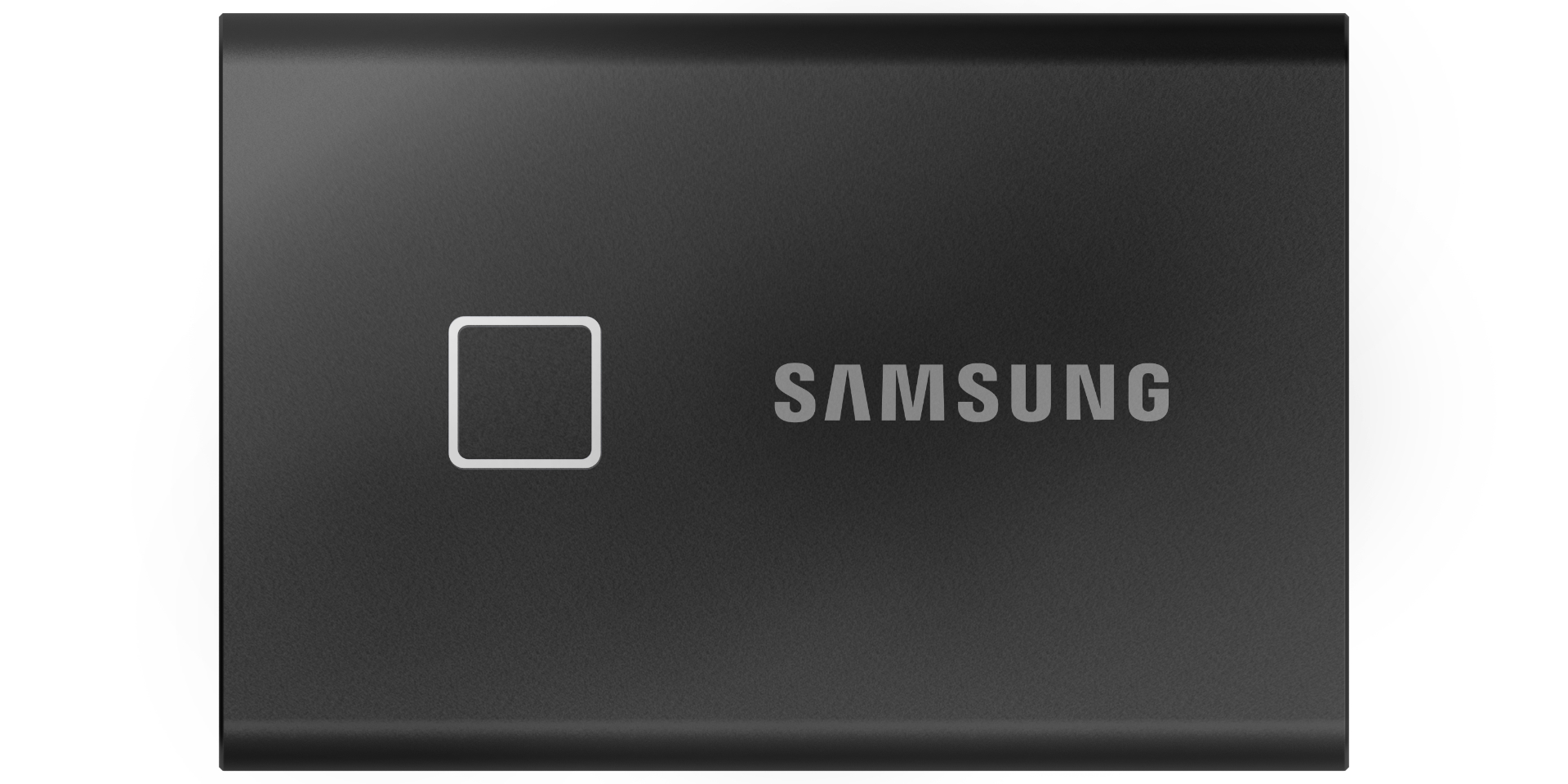 Those specs aside, the big deal with this new release is security; most notably, the inclusion of a fingerprint sensor for the very first time.

For an added layer of security, the T7 Touch brings the first built-in fingerprint scanner to an SSD on top of password protection and AES 256-bit hardware encryption. It also features a ‘Motion LED,’ which allows the user to determine the status of the device simply with a single glance.

Available in a black or silver finish, the T7 Touch is offered in 500GB, 1TB and 2TB sizes, making it suitable for a wide range of use cases. To ensure reliable connectivity wherever the users may be, the drive comes with a USB Type-C-to-C cable and a USB Type-C-to-A cable, and is compatible with Windows, Mac and Android operating systems. The T7 Touch also includes a three-year limited warranty with manufacturer’s suggested retail prices (MSRP) of $129.99 for the 500GB, $229.99 for the 1TB and $399.99 for the 2TB.

Samsung notes that the T7 Touch can recognize up to four fingerprints for situations where a drive is shared among multiple individuals. Users will be able to quickly access locked data by holding their finger over the drive’s casing. A handy LED light indicator will help users quickly determine if the drive is in a locked or unlocked state. 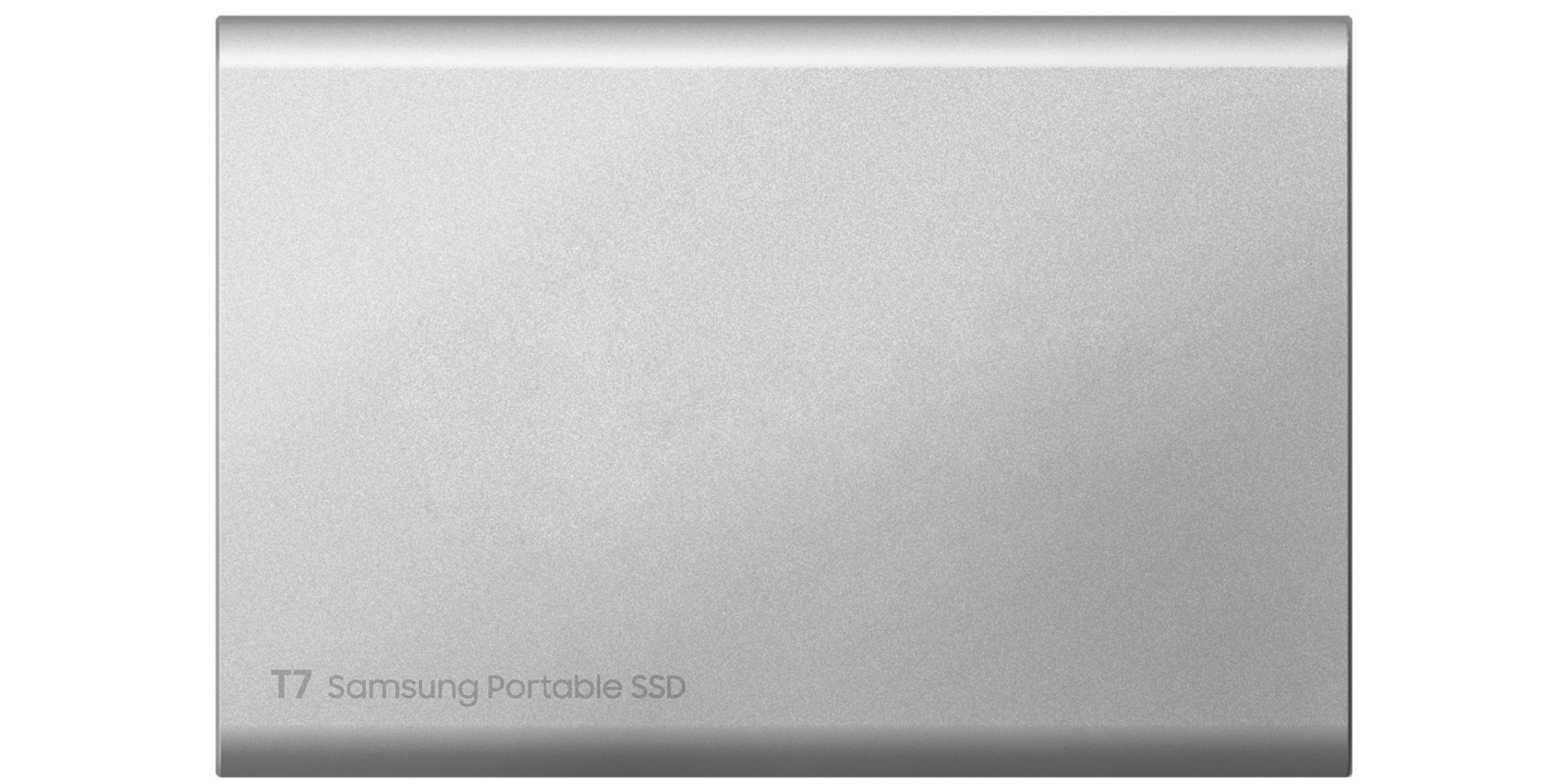 In addition to the T7 Touch, Samsung is also launching a version without a fingerprint sensor. This drive, simply called the Portable SSD T7, will launch in Q2 2020. Exact details and price for the regular T7 is unknown at this time, but it will presumably be less expensive than the T7 Touch. 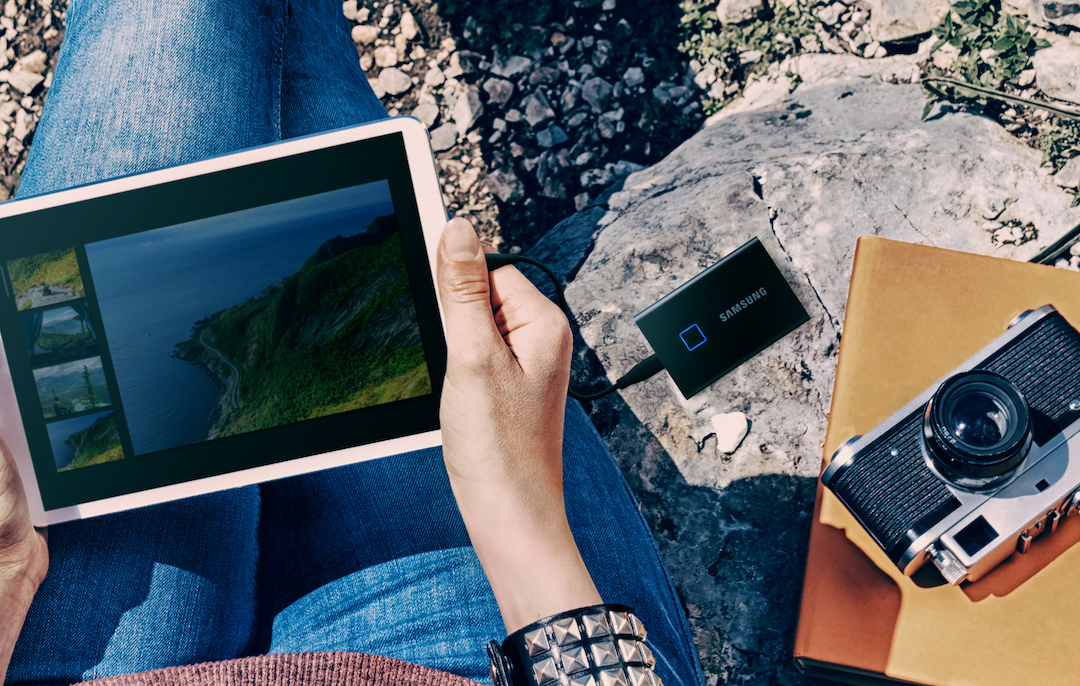 Personally speaking, I’m a big fan of these little drives, and I use them almost every day when working from my MacBook Pro. Their size, speed, build quality, capacity, and reliability is hard to beat. The idea of built-in fingerprint security is an interesting one, and the Motion LED feature sounds intriguing as well.

Needless to say, I’m looking forward to going hands-on with this drive. Be sure to subscribe to 9to5Mac on YouTube for the full T7 Touch review coming later this month. 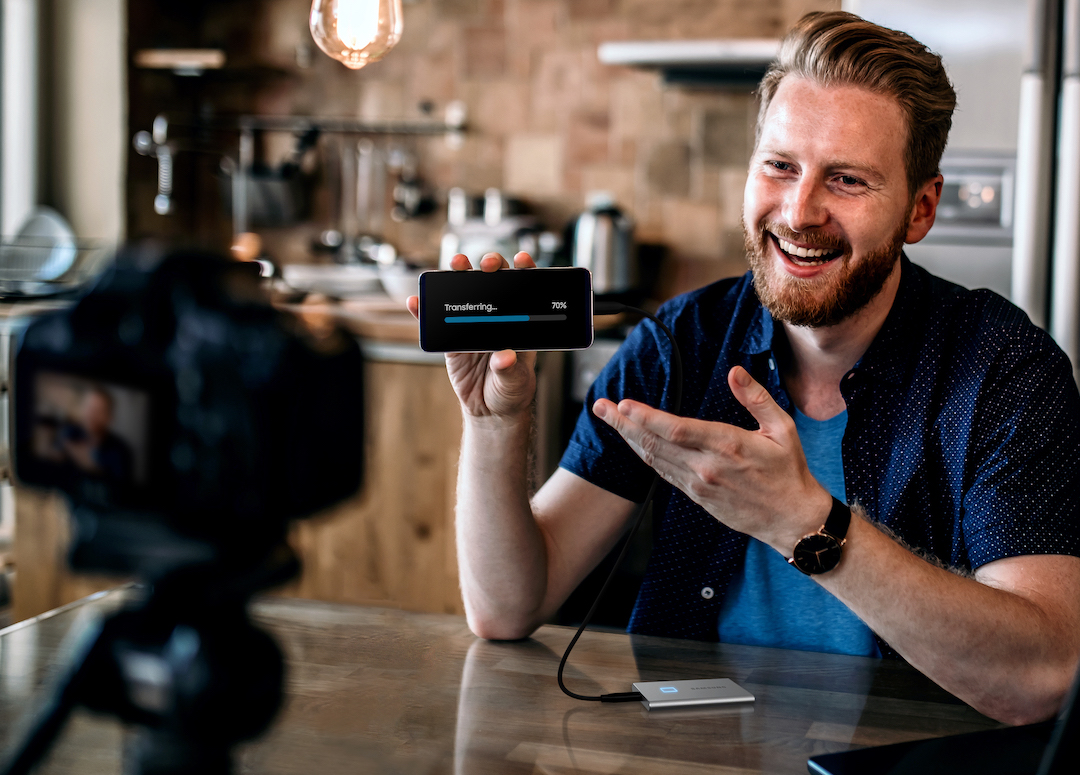 Do you use portable SSDs with your Mac? What do you think about Samsung’s latest entry into its venerable portable SSD lineup? Sound off in the comments with your thoughts.