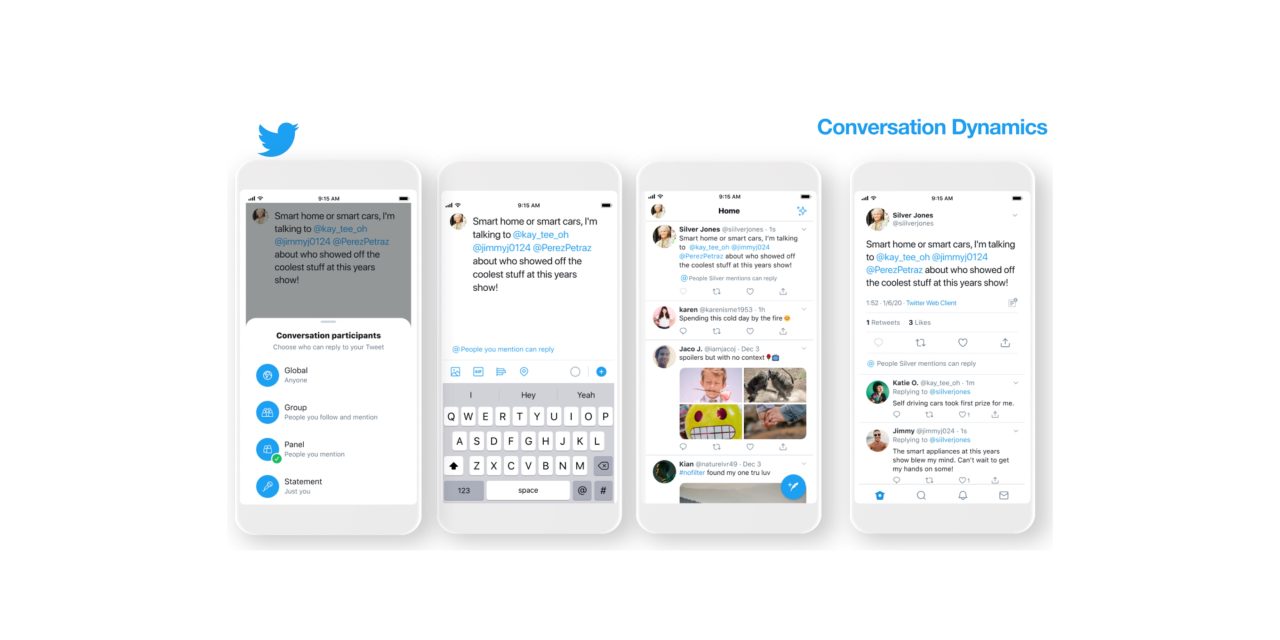 Twitter has announced that it will test a new feature that allows users to limit who can reply to a tweet. This comes as Twitter continues to look for ways to reduce the toxicity of its platform and give users more control over the conversations that stem from their tweets.

TechCrunch reports that Twitter will soon start testing a new option that gives users three choices for reply settings: anyone can reply, only accounts a user follows can reply, only people tagged can reply, or allowing no replies at all. Twitter is referring to this options as “Global, Group, Panel, and Statement.”

The announcement was made at CES 2020 this morning by Twitter executive Kayvon Beykpour. According to Beykpour, the motivation behind this feature is to give users more control over their tweets:

The primary motivation is control. We want to build on the theme of authors getting more control and we’ve thought that there are many analogs of how people have communications in life.

Right now, public conversation on Twitter is you tweet something everyone in the world will see and everyone can reply, or you can have a very private conversation in a DM. So there’s an entire spectrum of conversations that we don’t see on Twitter yet.

Twitter didn’t offer a specific timeline on these new options would roll out, but it did note that the initial rollout will be a test. That means there’s still a chance the feature won’t be released to everyone, depending on the reaction and how it works during the testing period.

The new ability to completely block people from replying to tweets builds on a new “Hide Replies” moderation feature Twitter launched last year. With that feature, everyone can still reply to a tweet, but the original user can hide certain responses.

What do you think of this feature? Let us know down in the comments.