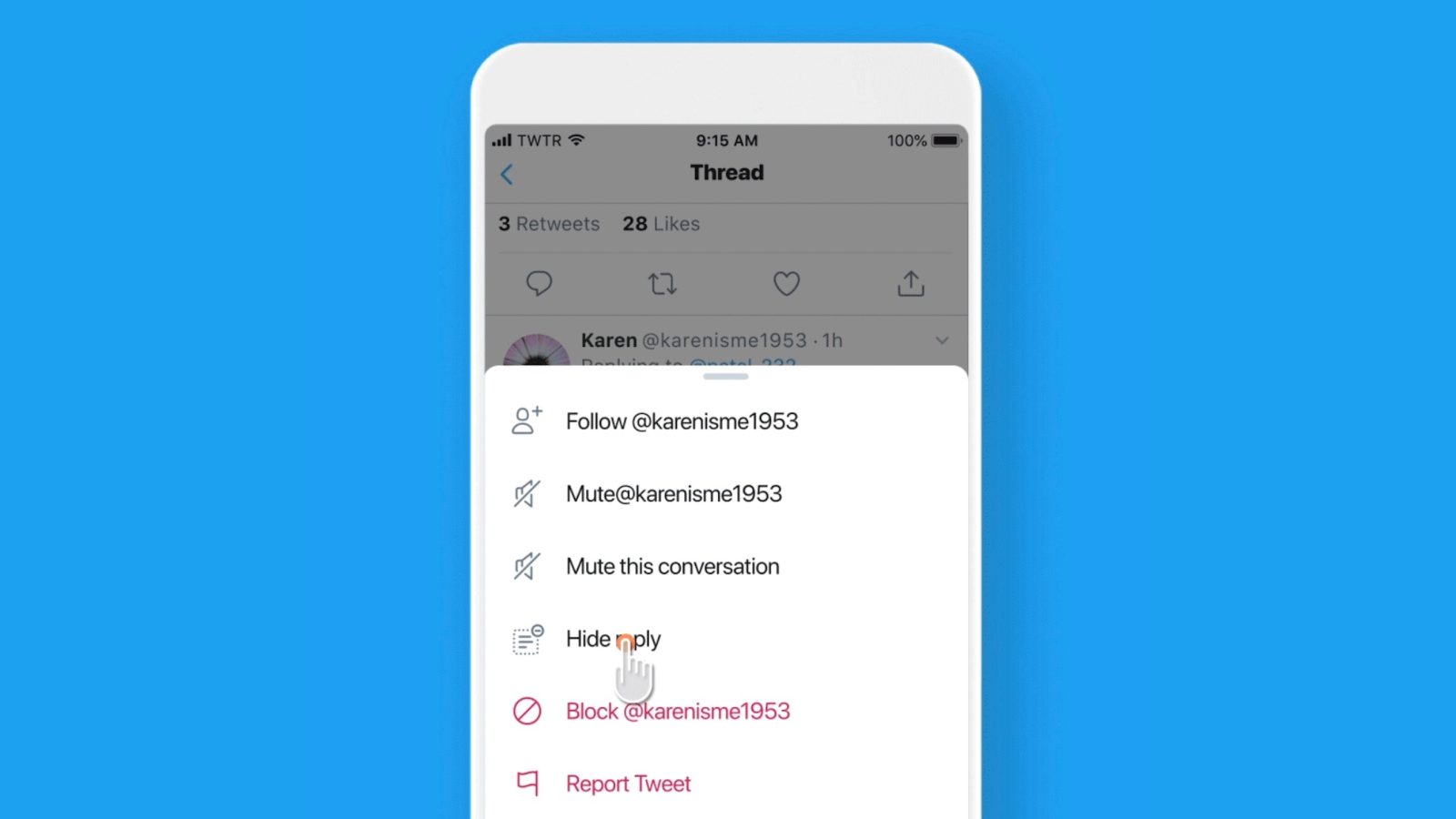 Twitter today is rolling out its new “Hide Replies” feature in the United States and Japan, following an extended testing and development phase. The goal of this new feature is to give users the ability to hide replies to their tweets that may be offensive or irrelevant.

Twitter first confirmed that it was testing this feature back in February, but now it’s rolling it out more broadly, as first detailed by TechCrunch.

With this feature, a user will be able to hide certain responses to their original tweet. For example, if someone replies to your tweet with vulgar language or an insult, you can hide the reply so other users don’t see it as a response to your initial tweet.

Other platforms like Instagram and Facebook give users the ability to delete comments entirely, but Twitter’s feature will simply hide them behind an extra tap. If you see a “View Hidden Tweets” button, you can tap it and see what tweets the original poster has decided to hide.

Twitter has said that the goal of the “Hide Replies” feature is to encourage users to be more thoughtful about what they write. Giving users the ability to hide replies could potentially discourage people from sending hateful and irrelevant replies in the first place. The feature, however, has proven to be controversial, with critics saying it’s Twitter’s way of allowing users to silence opposing opinions or corrections to false information.

“These are positive and heartening results: the feature helped people have better conversations, and was a useful tool against replies that deterred from the person’s original intent. We’re interested to see if these trends continue, and if new ones emerge, as we expand our test to Japan and the U.S. People in these markets use Twitter in many unique ways, and we’re excited to see how they might use this new tool.”

The “Hide Replies” feature is rolling out now to users in the United States and Japan. What do you think of it? Let us know down in the comments.