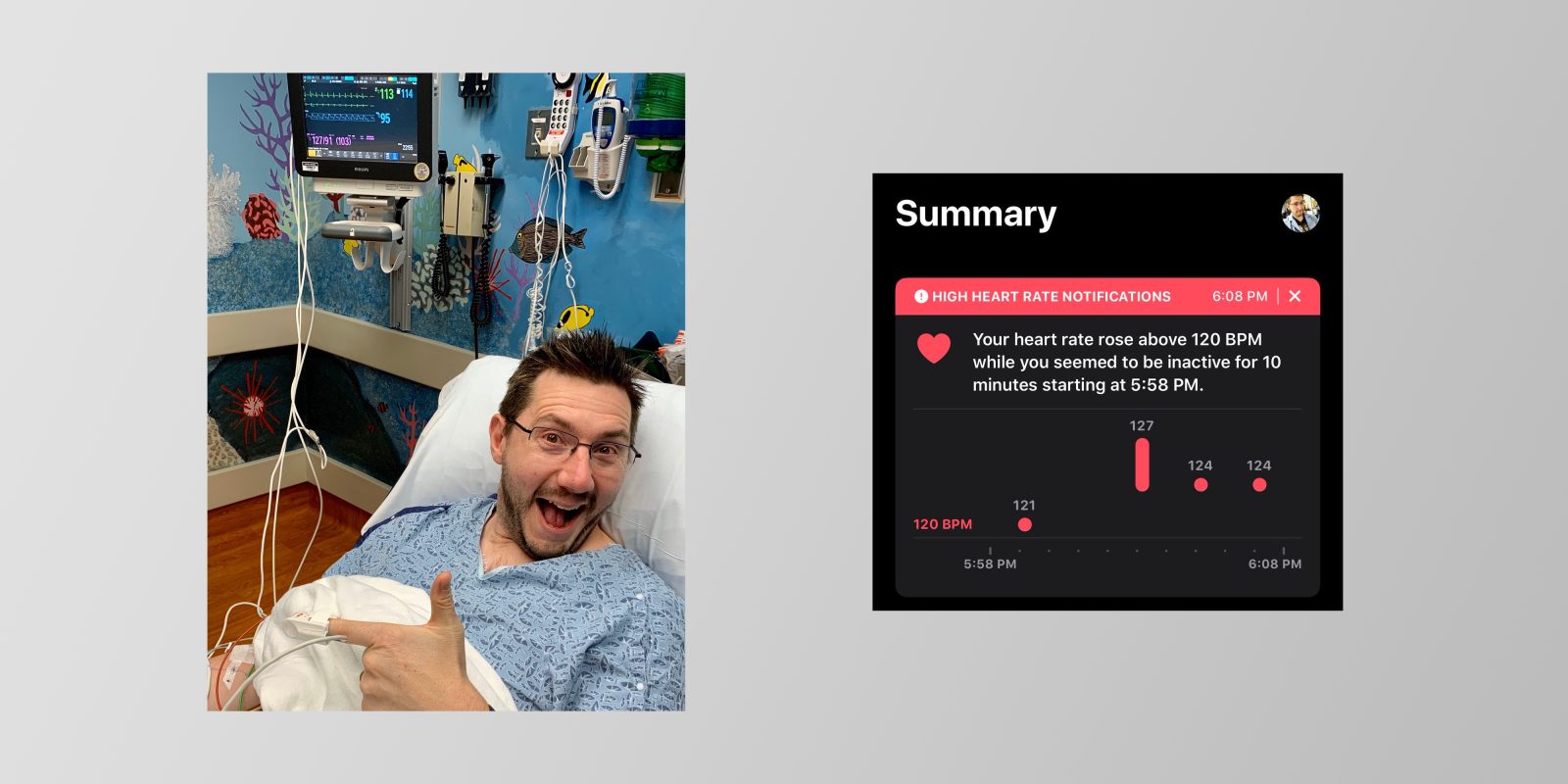 YouTuber Joel Telling is crediting Apple Watch with alerting him to an elevated heart rate. Telling says that his Apple Watch notified him that his heart rate had been over 120 beats-per-minute for more than 10 minutes, prompting him to seek medical attention.

Following the Apple Watch notification, Telling went to the emergency room, where doctors determined he was suffering from tachycardia. Mayo Clinic describes tachycardia as your heart beating faster than it should while resting. It’s normal for your heart rate to rise during exercise or stress, but tachycardia is when that happens during rest.

According to Telling, doctors ran a series of tests that showed no pulmonary embolism or irregular heart rate activity. The most likely cause of the tachycardia, Telling says, was “stress and dehydration from recent travel.” He was given fluids at the hospital, and his heart rate subsequently returned to normal levels.

In Telling’s situation, his Apple Watch alerted him to an elevated heart rate that was easily treated and without any long-term effects. Thanks to Apple Watch, he was able to seek prompt emergency care, which underscores just how powerful the device’s passive health monitoring features are. The Mayo Clinic emphasizes that tachycardia can lead to heart failure, stroke, or even death.

Last night was fun. This is me in the ER because of tachycardia, with a pulse over 120bpm. Heart tests are fun. pic.twitter.com/rYR8Ctfqn4