Tim Cook says AR is the ‘next big thing,’ teases Apple’s health initiatives that are ’cause for hope’ 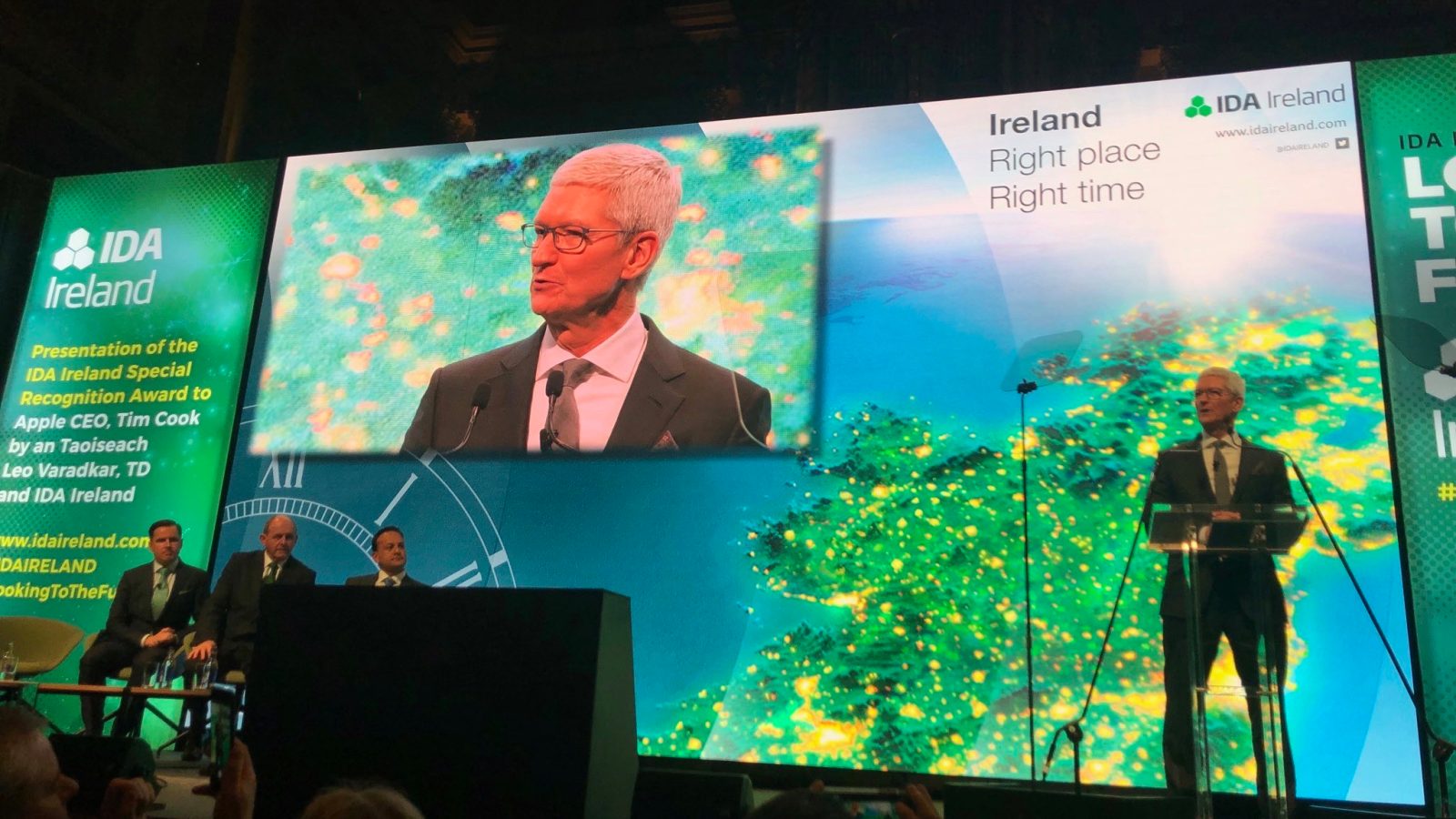 As we highlighted earlier today, Apple CEO Tim Cook is in Ireland this week to receive an award in recognition of Apple’s 40-year history in the country. After being recognized by IDA Ireland today, Cook sat down with IDA Ireland CEO Martin Shanahan for a brief conversation.

IDA Ireland is the state agency responsible for foreign direct investment into Ireland, hence why it was behind the award given to Tim Cook today. Apple is the largest employer in Cork, with over 6,000 workers.

During the discussion with Shanahan today (via Silicon Republic), Cook was asked about what he expects to be the biggest tech developments in the next five to 10 years. Cook’s response made it clear that he sees augmented reality as the future, calling it the “next big thing.” He also referenced his trip to see AR game developers War Ducks.

“I’m excited about AR,” Cook said. “My view is it’s the next big thing, and it will pervade our entire lives. Yesterday, I visited a development company called War Ducks in Dublin – 15 people and they’re staffing up and using AR for games. You can imagine, for games it’s incredible but even for our discussion here. You and I might be talking about an article and using AR we can pull it up, and can both be looking at the same thing at the same time.”

Cook also emphasized that augmented reality isn’t designed to isolate people, but instead can bring people together. “I think it’s something that doesn’t isolate people. We can use it to enhance our discussion, not substitute it for human connection, which I’ve always deeply worried about in some of the other technologies,” he explained.

Outside of AR, however, Cook said that he is “extremely excited” about the role that technology can play in healthcare. As of now, Cook says this “intersection has not yet been explored very well” and there are plenty of opportunities going forward:

“I think you can take that simple idea of having preventive things and find many more areas where technology intersects healthcare, and I think all of our lives would probably be better off for it,” said Cook.

Cook didn’t stop there — he also said that the cost of healthcare can “fundamentally be taken down, probably in a dramatic way” with the broader adoption of technology, and he teased Apple’s continued work in healthcare:

“Most of the money in healthcare goes to the cases that weren’t identified early enough. It will take some time but things that we are doing now – that I’m not going to talk about today – those give me a lot of cause for hope.”

Cook routinely references both AR and healthcare in interviews, and his comments today in Ireland underscore that both continue to major areas of focus for Apple. In an interview last year, Cook said that he thinks Apple’s “greatest contribution” to mankind will be health-related.