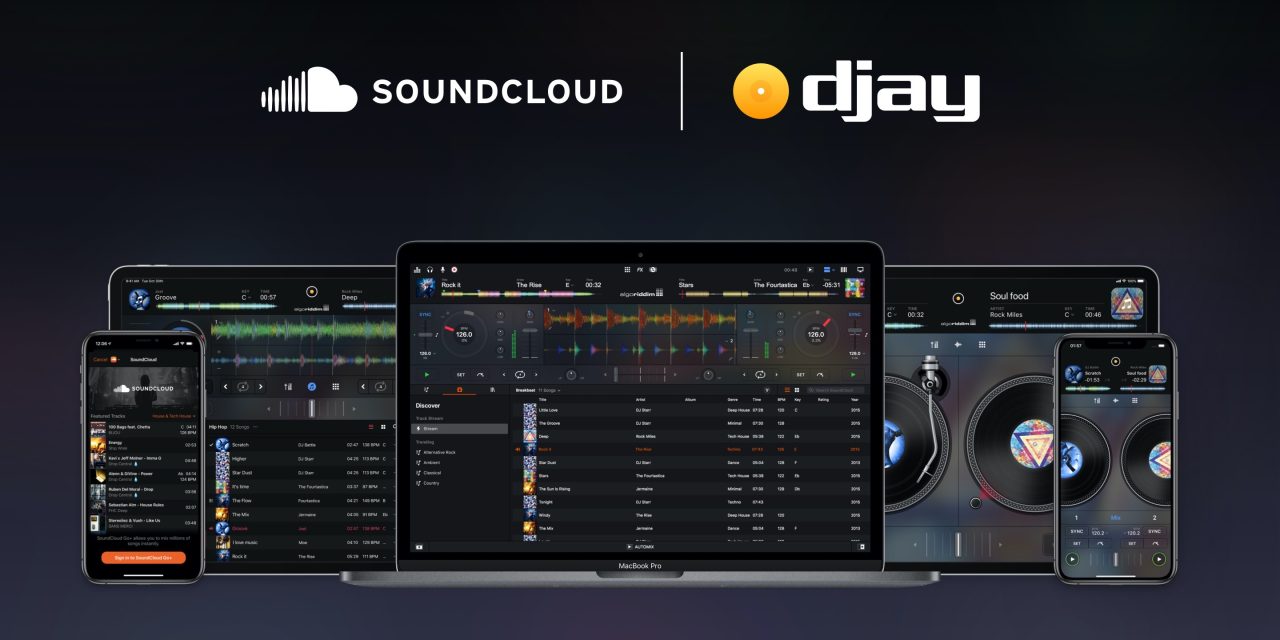 The popular djay app for iPad, iPhone, and Mac is getting a nice upgrade with two new major integrations: SoundCloud and Tidal. The partnership with Tidal will offer djay users the ability to live mix the service’s HiFi audio and video, while the new SoundCloud support gives access to live stream and mix over 200 million songs.

Algoriddim announced today a free major update to djay, its multi Apple Design Award-winning music app, integrating both SoundCloud and TIDAL across its mobile and desktop applications. The partnerships enable Algoriddim to take streaming in DJ software to an unprecedented level, introducing live video mixing through TIDAL, access to SoundCloud’s one-of-a-kind catalogue, and powerful song recommendations for both audio and video content, in one of its most significant feature updates to date.

To take full advantage of the SoundCloud integration, djay users will need to be a SoundCloud Go+ subscriber.

However, the partnership will see some SoundCloud tracks available for free.

Algoriddim and SoundCloud are offering access to a selection of featured tracks for free in the latest djay app, with no login required. The curated playlists feature emerging artists across a variety of genres including hip-hop, house, tech house, festival EDM, trap and dubstep.

As for the new Tidal support in djay, here’s how Algoriddim describes how it will work:

DJ’s can now utilise TIDAL’s HiFi sound and exclusive content with its comprehensive djay integration. djay Pro users are also able to seamlessly stream TIDAL’s unique catalogue of music videos and audio tracks, enabling users to mix videos and songs in real-time – something unprecedented on a mobile device. This pioneering feature opens up a new chapter for DJs and VJs, providing unlimited possibilities for video output, allowing users to mix between music videos the same way they would between songs. Djay users will also be able to receive an upcoming free three-month TIDAL trial, which will be available to redeem within Algoriddim’s apps.

Djay is also extending its innovative Automix feature to TIDAL’s music video library, utilising its innovative AI technology to enable users to lean back and enjoy a perfectly mixed playlist with no need for manual intervention. djay’s Match feature will similarly encompass both TIDAL’s music and video catalogues, suggesting compatible music or videos during a mix.

djay is a free download for iPhone and iPad from the App Store, with the Pro features going from $5/month.

djay for Mac runs $50 after a free trial available from Algoriddim’s website.

Check out more about this update in the video below: