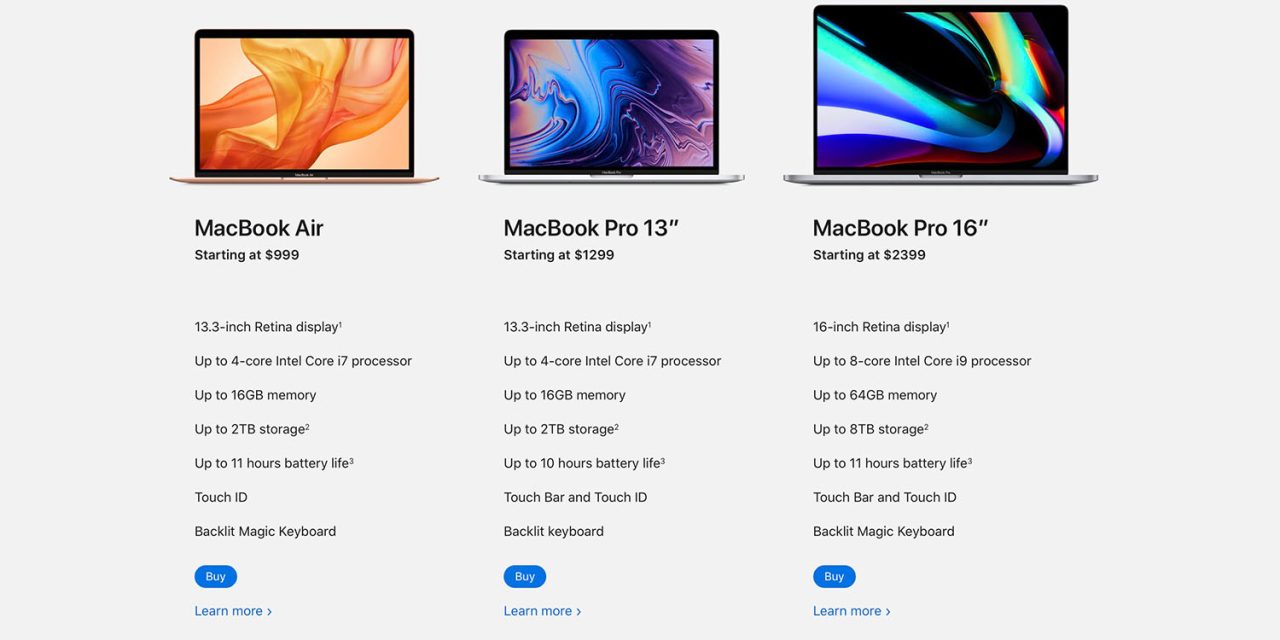 While there’s been no change to the prices of standard-configuration Macs, it seems Apple has quietly increased the prices of build-to-order Mac models in many countries …

Two MacRumors readers spotted the price increases, which have been applied to many countries outside the US.

In Canada, Europe, Australia, and many parts of Asia, customers configuring any new ‌MacBook Air‌, MacBook Pro, iMac, iMac Pro, Mac Pro or Mac mini now face paying approximately 10 percent more for each component upgrade than they did prior to last Wednesday.

In the U.K. for example, when customizing a base configuration 2.3GHz 8-Core 16-inch MacBook Pro, upgrading to a 2.4GHz processor costs £200, where previously it cost £180.

The site’s readers noticed because they had Macs saved in their baskets, and saw the total price increase. Delving into the details then revealed the reason for this.