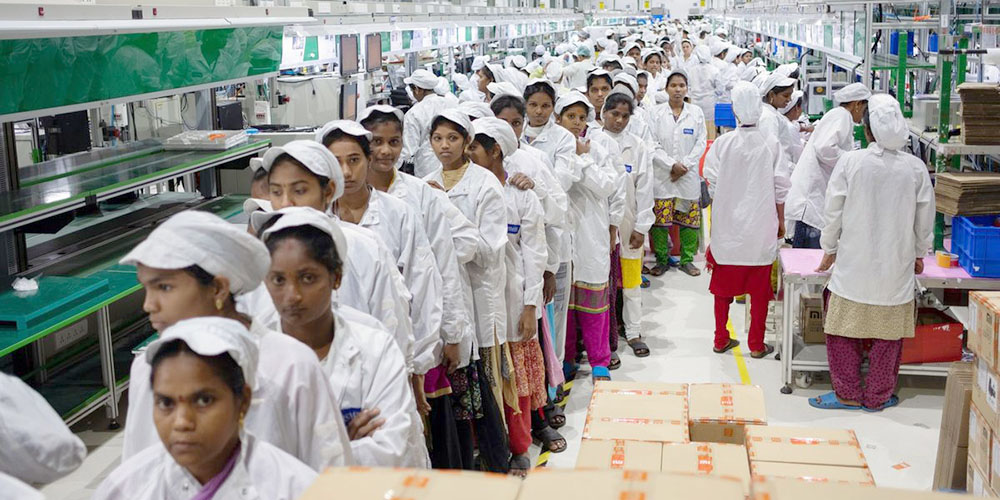 All iPhone production in India has been suspended as the country’s prime minister announced a strict 21-day lockdown to help slow the spread of the coronavirus.

In the strictest rules seen yet, Prime Minister Narendra Modi has said that almost nobody is allowed outside their homes for three weeks …

The restrictions came into force at midnight local time (18:30 GMT) and will be enforced for 21 days.

“There will be a total ban on venturing out of your homes,” Mr Modi said in a televised address.

“The entire country will be in lockdown, total lockdown,” Mr Modi said on Tuesday. He added: “To save India, to save its every citizen, you, your family… every street, every neighbourhood is being put under lockdown.”

Mr Modi warned that if India does not “handle these 21 days well, then our country… will go backwards by 21 years”.

There is as yet no clarity on how and when people will be allowed to go shopping for essential supplies, but the government guidelines do say that grocery stores are on the list of permitted exceptions, wand that local government will ‘encourage and facilitate’ home deliveries.

Bloomberg reports that both of Apple’s iPhone assemblers have complied with the shutdown order.

Foxconn and Wistron Corp. have suspended production at their India plants, which include the assembly of some Apple Inc. iPhone models, in order to comply with a nationwide lockdown ordered by Prime Minister Narendra Modi.

Foxconn, also known as Hon Hai Precision Industry Co., is suspending operations until April 14, the company said in a text message to Bloomberg News. It intends to resume India production based on further government announcements. A Wistron representative said the company is also adhering to the order, while declining to comment on exactly what products are affected.

Apple also has thousands of its own employees in the country who will also need to cease work during the 21-day lockdown.

A report yesterday suggested that a combination of ‘stagnant supply’ and ‘crippled demand’ will see smartphone production fall by as much as 30% in the first half of the year.