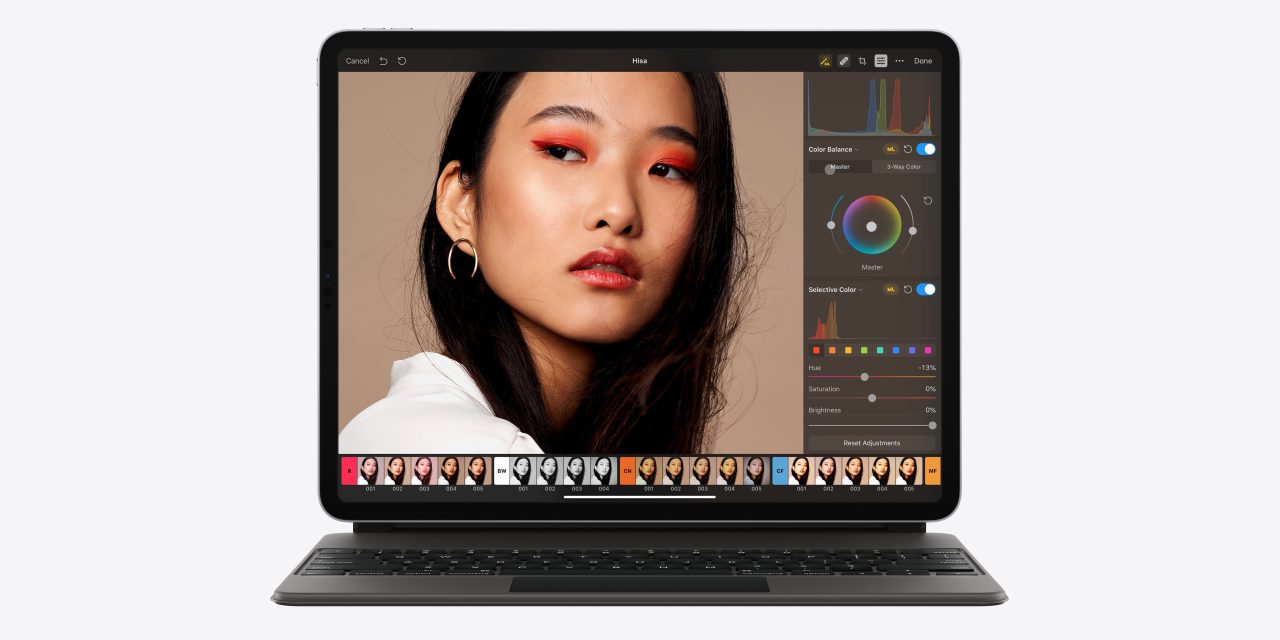 Following an update to their premier desktop app last week, Pixelmator are today updating Pixelmator Photo with a handful of new features. This includes supporting the new pointer and cursor features of iPadOS, compatible with Magic Trackpad and external mice, and ready for the launch of the Magic Keyboard accessory for iPad Pro.

Most iOS apps work out of the box with the cursor at a basic level. However, developers can go the extra mile to really fine-tune the experience.

For Pixelmator Photo, this means adopting the adaptive cursor for its custom UI elements and transforming into certain tools where appropriate, like the Repair brush. The app also shows arrow indicators when using the cursor with the Crop tool. Like most digital art apps, Pixelmator Photo benefits from having access to precise input methods like the Apple Pencil stylus or a pointing device.

Pixelmator Photo also now supports Split View so you can work on your project side-by-side with other apps on screen at the same time. The app is also now supporting the iOS 13 rich screenshot API, which means users can take a full page screenshot of the app and see just the editing canvas, with all UI chrome hidden.

Pixelmator Photo has also added the Match Colors feature, first seen in Pixelmator Pro last year. This tool uses machine learning to draw on color tones from one image and apply adjustments to a second image to match the look and feel of the source image. If you are doing manual edits, you can now copy and paste adjustments between photos for a consistent finish.