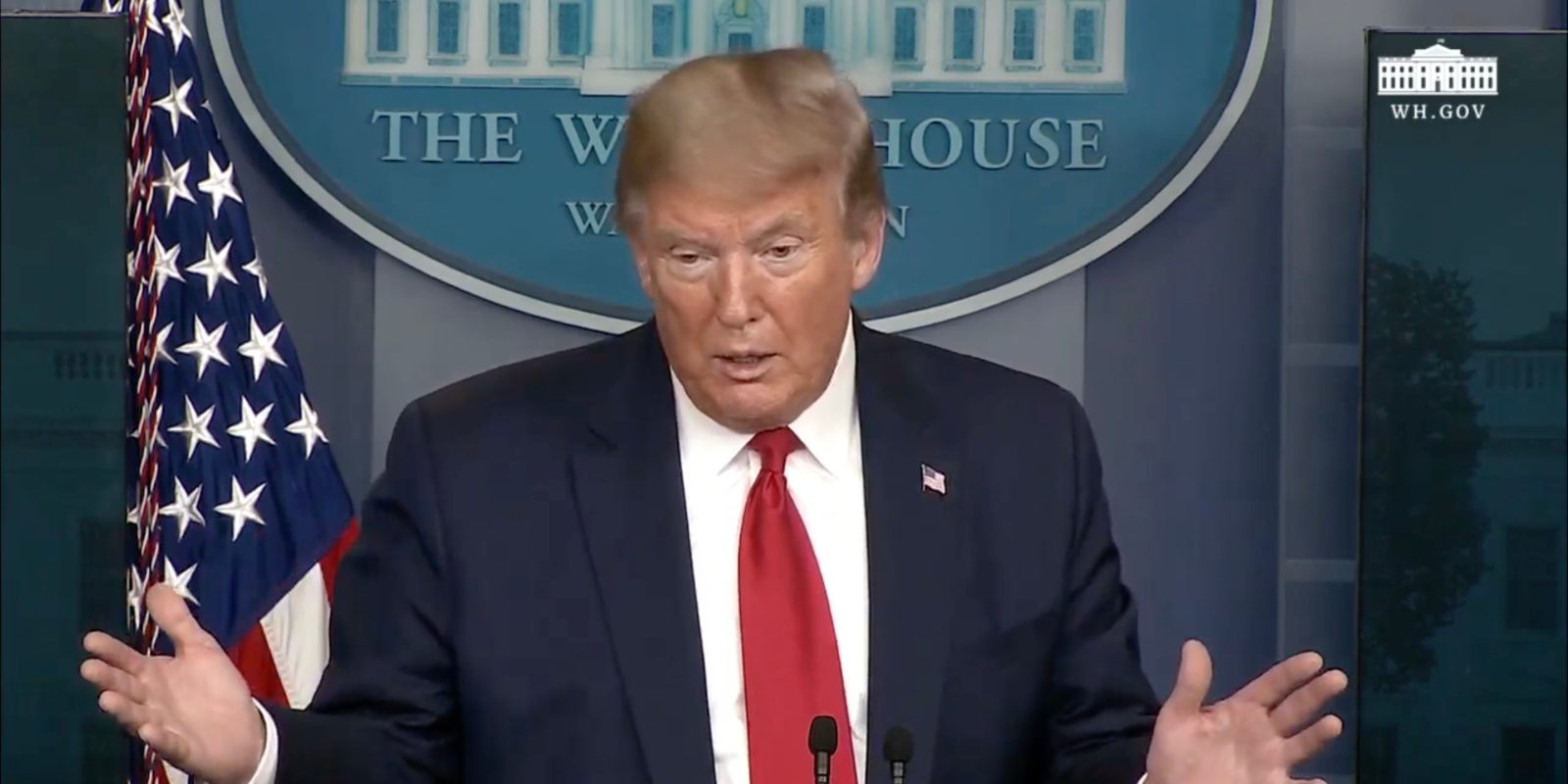 Last week, Google and Apple announced a partnership to create a contact-tracing system that works with both iOS and Android. We reported new details on the system earlier today, and during a White House briefing this evening, President Trump added his opinion to the mix.

When asked about the new partnership between Apple and Google, Trump explained that the contact-tracing technology is “an amazing thing” but many people “have some very big constitutional problems with it.”

Trump went on to say that the system developed by Google and Apple “would be a very accurate way” of contact-tracing, but that a decision will be made in the next four weeks:

“We have more of a constitutional problem then a mechanical problem, but we will be making a determination on that. That’s something we’re gonna be discussing with a lot of people over the next four weeks. That would be a very accurate way of doing it, but a lot of people have a problem with it.”

It’s not exactly clear what Trump is referring to with these comments. Both Apple and Google have repeatedly underscored the privacy-first design of the contact-tracing system:

You can watch the video of Trump’s comments below at the 2 hour and 52 minute mark.