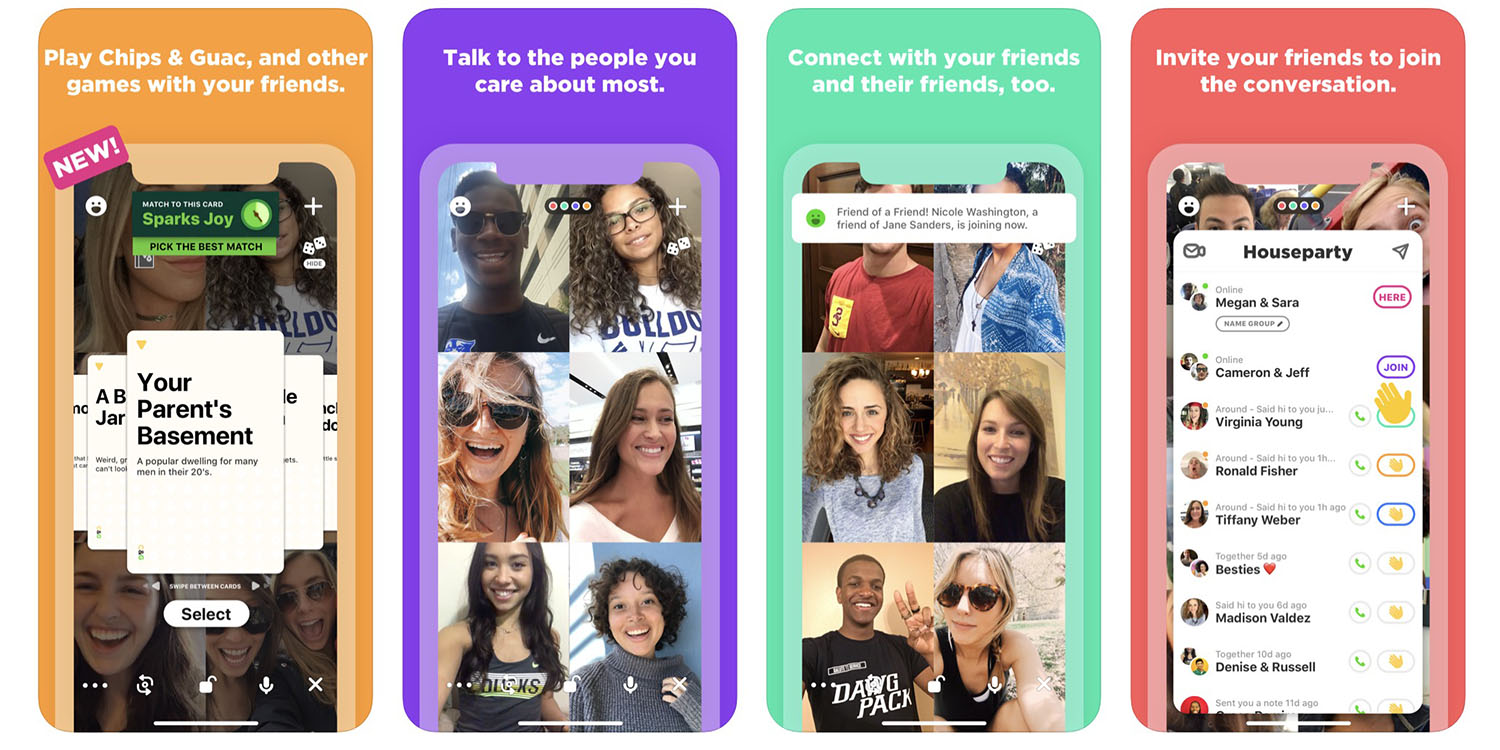 We suggested Houseparty as an alternative to Zoom earlier this month, and a report today indicates that it has seen 50 million sign-ups in the past month.

It has been the most popular social networking app in the App Store every day since March 20, giving it more daily downloads than Facebook, Messenger, and WhatsApp…

Of course, that’s not a fair comparison given the vast number of existing users of the trio of Facebook apps (Facebook alone has seen around 2.5 billion downloads), but it’s still an impressive achievement for an app that has only really become well-known in the past few months.

Bloomberg interviewed Houseparty cofounder and CEO Sima Sistani, who suggests that it’s become the default choice for fun rather than serious video chats.

At its core, Houseparty’s free mobile and desktop apps let people video chat with friends or family, similar to Zoom or Apple Inc.’s FaceTime. But Houseparty, which has previously been popular mainly with teens, builds in a slew of other features meant to encourage interaction, including the ability to remotely play games like trivia or ‘Heads Up,’ or to jump into ongoing conversations your friends are already having in the app […]

Since the COVID-19 outbreak started requiring people to stay at home in early March, Sistani says she’s seen the app used for everything from happy hours and fitness sessions to engagements and gender reveals — something she did through the app herself three years ago, before the birth of her daughter. ‘I just think any kind of activity that would usually be in person with your loved ones, people are moving to Houseparty,’ she says.

One driver for the popularity of the app is likely to be continuing security and privacy concerns around Zoom. Most of these surround default settings geared to frictionless use, rather than to inherent weaknesses in the service, but the company didn’t do itself any favors with deceptive marketing claims and sketchy methods of achieving browser integration.

Although Zoom is now taking things seriously, it still appears oblivious to the fact that optics matter as much as the facts.

Houseparty is available as a free download for iPhone, iPad, and Mac.