Apple shuttle drivers still being paid, but union had ‘trouble’ with company 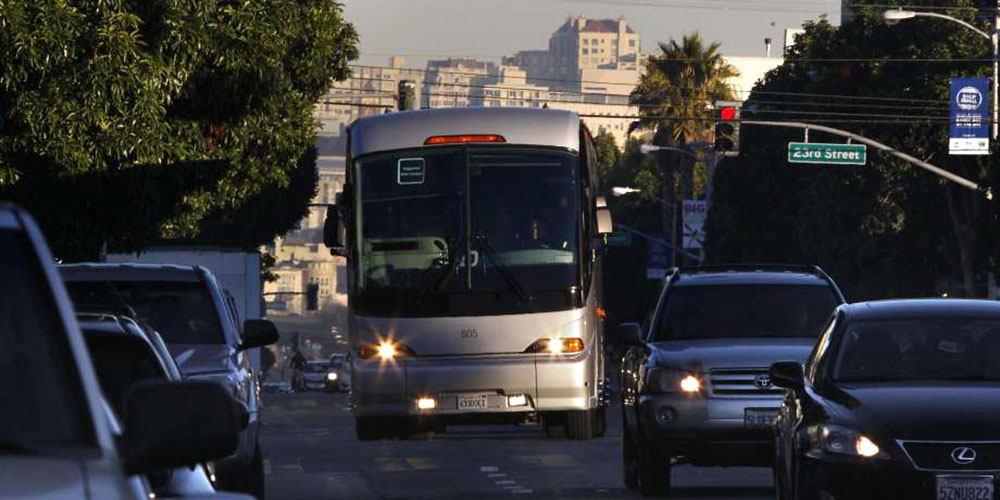 Apple shuttle drivers – the people who drive the buses who normally ferry staff to work – are still being paid their full wages during the coronavirus shutdown, but the Teamsters union says that it had more trouble agreeing with the iPhone maker than any other tech company …

In more normal times the famous, and controversial, tech shuttles – a common sighting on the roads of the San Francisco Bay Area – play a vital role in keeping the Silicon Valley machine whirring. According to the most recent data from the Metropolitan Transportation Commission, there are just over 1,000 shuttle buses criss-crossing the Bay Area every day.

But right now the shuttles are nowhere to be seen. Instead they sit idly in depots and will likely do so for weeks, if not months, to come. As for the people who usually drive them, the future is a big unknown.

Tech companies usually contract their drivers through companies such as WeDriveU and Hallcon – two popular bus services in the San Francisco Bay Area. As of right now, most of the tech companies have agreed to cover 100% of the compensation these drivers would normally be making through April […]

“The company we’ve had the most trouble with is Apple,” Stacy Murphy, business representative for the Teamsters 853 division, told Business Insider. The union says that Apple, which contracts its drivers in the Bay Area through Hallcon, agreed to pay drivers but was much slower than other companies to iron out the details, leading some of the drivers to file for unemployment in the meantime for fear their wages wouldn’t be covered. The union says that last Friday Apple agreed to expedite payments for the time drivers had spent at home so far, and that it had agreed to pay drivers through at least May 4.

“We’re working with all of our suppliers to ensure hourly workers such as janitorial staff are being paid during this difficult time,” an Apple spokesperson told Business Insider.

Some Apple contractors were initially told they would not be paid before Apple confirmed that they would be treated as employees.

Apple may have been slow, but Tesla is reportedly refusing to pay its shuttle drivers anything at all – the only major tech company to do so.

The tech shuttle buses have proven controversial, even leading to violent attacks.

Some San Francisco residents have complained about company shuttles in the past as they further inflate house prices as many workers at tech companies decide to live in San Francisco even if the campus is based elsewhere (like Apple in Cupertino) because the shuttles provide convenient commuting options.