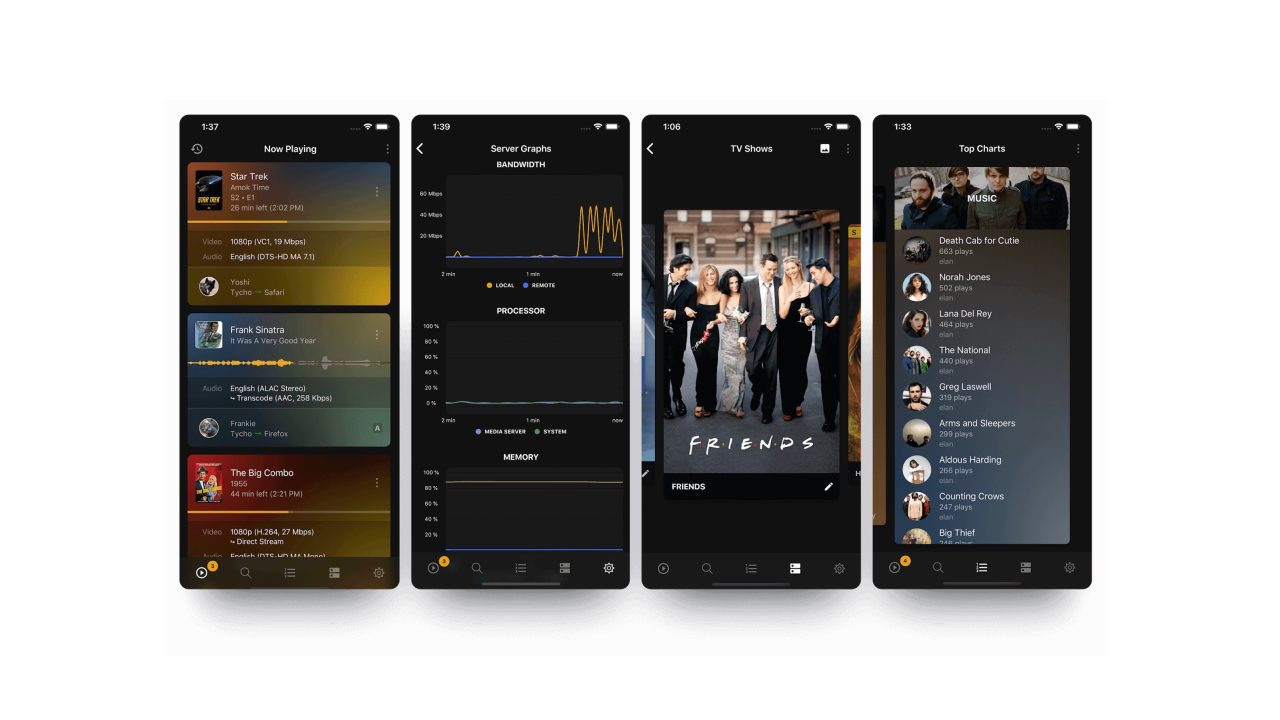 Plex has released a pair of new applications today through Plex Labs, which is its “playground for new apps.” The first new app today is a completely new version of Plexamp, alongside Plex Dash.

Plex Labs originally released the first version of Plexamp over two years ago, but today brings a completely rebuilt version of the “highly opinionated” music player. Essentially, Plexamp is a dedicated music player for the music you have stored on your Plex Media Server.

The app is designed for “audiophile purists, music curators, and music fans,” packing features such as loudness living, gapless playback, and much more. Here are the features of Plexamp: The second new app from Plex Labs today is called Plex Dash, described as a “brand new single-purpose app dedicated to Plex server administration.” This app is designed for Plex power users who are looking to manage their Plex servers from their iPhone and iPad:

First of all, we wanted a beautiful way to see all playbacks, even across multiple servers; something you might repurpose an old iPad for, duct taping it to a wall in your secret lair. Something to gaze at while you stroke your hairless cat. You know the drill.

Secondly, we wanted a fun way for you to help edit your artwork and make your library even lovelier during any spare moment: one-handed while wrangling the kids, or in a few minutes of downtime between video calls. And last, but not least, we wanted raw administrative power: scan for new media, fix incorrect matches, check on server resource usage, tweak library settings, even view server logs live.

Of note, you will need a Plex Pass subscription to use both Plexamp and Plex Dash, which are available on the App Store. You can sign up for Plex Pass on the company’s website for $4.99 per month, $39.99 per year, or $119.99 for a lifetime subscription.