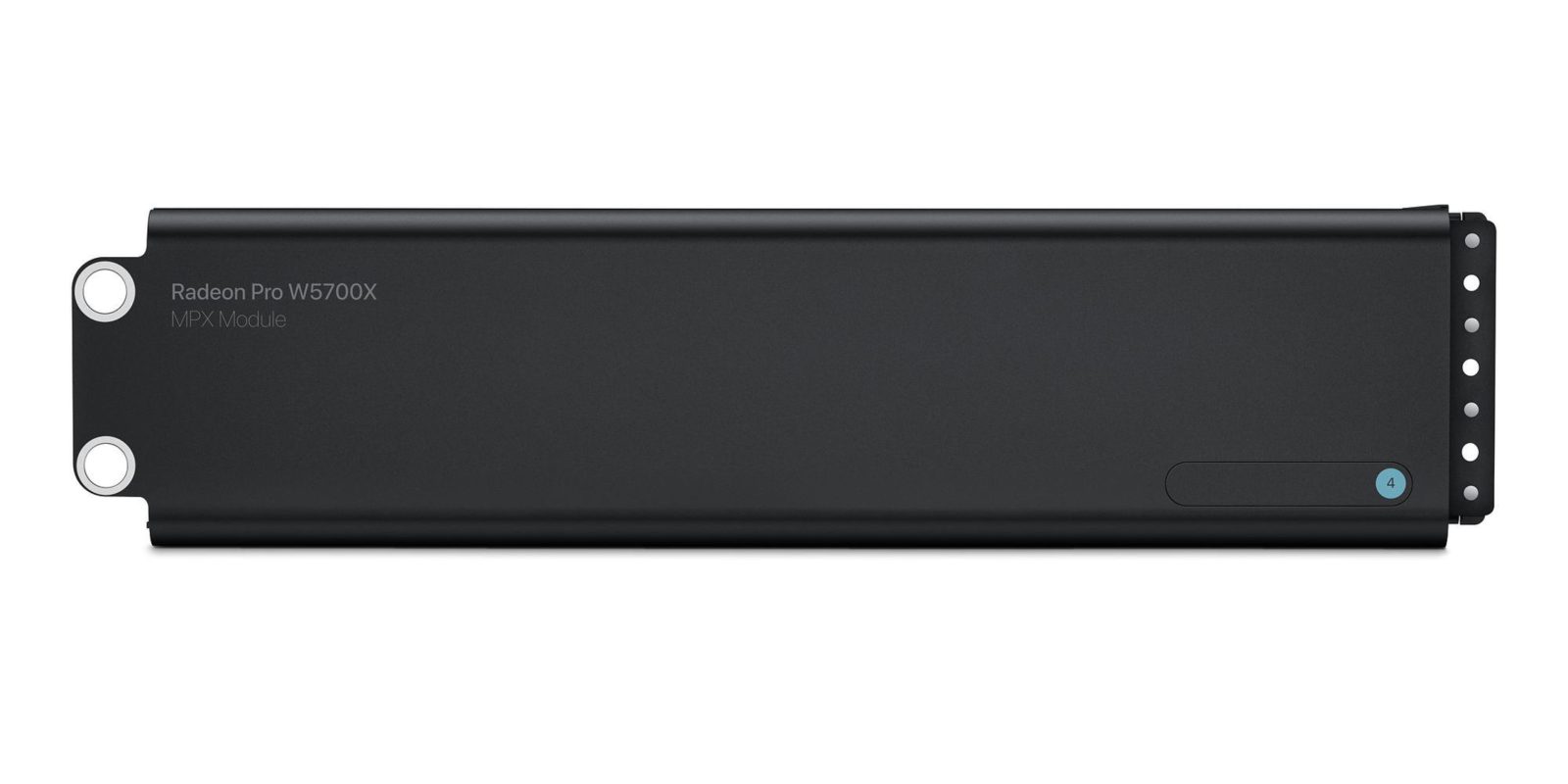 Months after the launch of the Mac Pro, Apple has finally made available the Radeon Pro W5700X MPX Module GPU option during the build-to-order process. The Navi 10-based GPU is a nice addition for video editors working with high quality 10-bit footage.

Apple also intends to sell the W5700X MPX module as a standalone product for upgrading the Mac Pro. Although there’s currently no price listing for the standalone module, I’d expect it to sell for $1000 when sold on its own. That’s because, as Travis down in the comment so aptly notes, the 580X sells for $400, which is factored into the price of the initial W5700X, hence, each additional unit costs $1000. 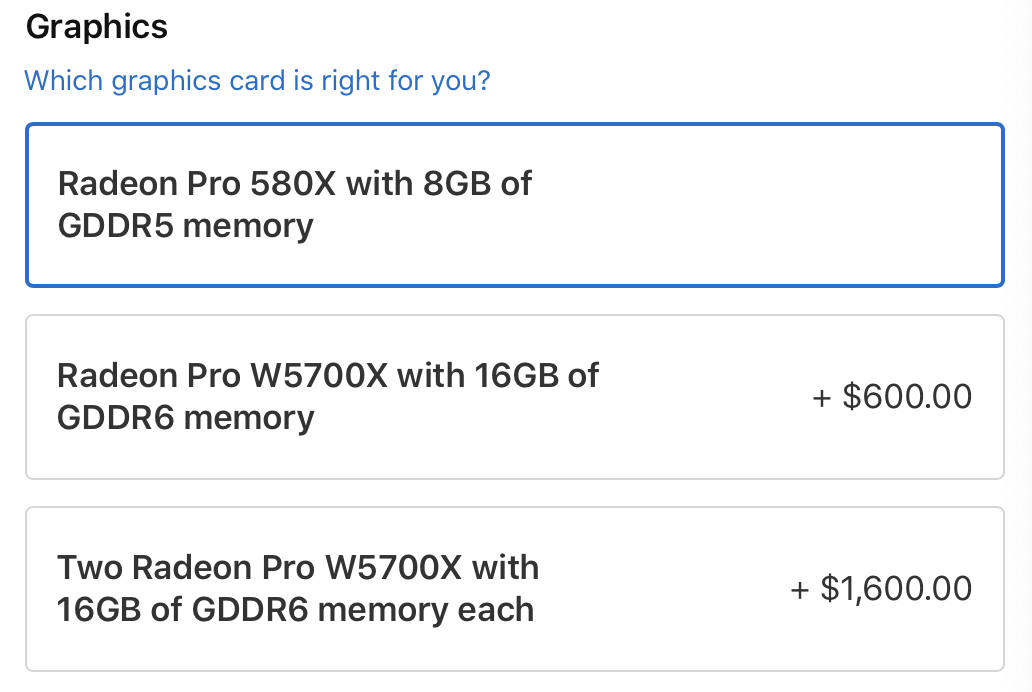 Although we’re still waiting on benchmarks and real world comparisons, the Radeon Pro W5700X seems like the no-brainer choice for those looking to build a Mac Pro, but not break the bank. It’s a far and away better choice that the pathetic Radeon Pro 580X that Apple ships with the Mac Pro by default.

In addition, the GPU architecture should also yield much better results in the area of video exports when compared to Vega-based GPUs like the Radeon Pro 580X, especially when it comes to exporting high quality H.265 video. Navi 10-based GPUs like the W5700X have built-in HEVC hardware-accelerated decoding, which should significantly decrease the otherwise excruciating export times in Final Cut Pro X for those looking to distribute 10-bit HEVC video.

If you’re in the market for the Mac Pro, the addition of the Radeon Pro W5700X to the lineup makes the near entry-level machines much more desirable in my opinion. Be sure to check out our top Mac Pro features video for a more detailed look at Apple’s halo machine.