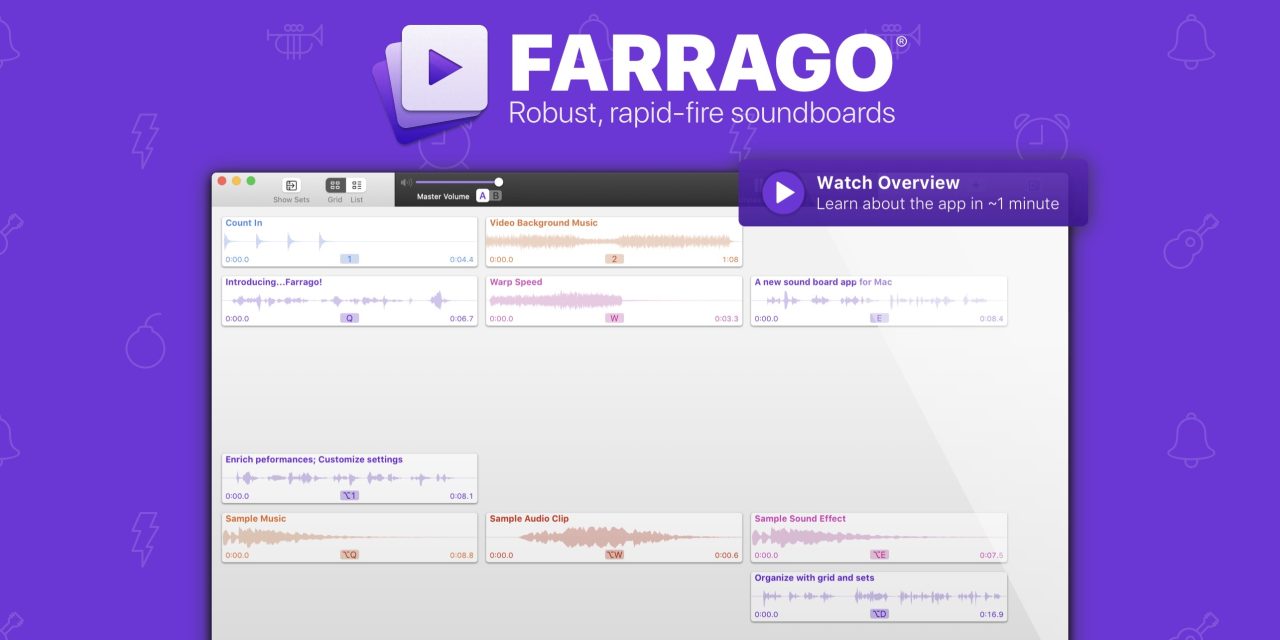 Rogue Amoeba launched Farrago version 1.5.0 today and detailed all the changes and new features. In addition to the new list mode, there are improvements to the main “Now Playing” window and there’s also a new “Tile” menu

Other big changes include app-wide volume ducking via an updated Master Volume control, per-tile output controls, and new MIDI controls with MIDI Sliders support. But there are a ton of changes and improvements.

Farrago for Mac is free to download and try out with a license running $49.

Check out all the details below in the full release notes: