How to stream the ‘One World: Together At Home’ COVID-19 benefit on Apple Music and Apple TV 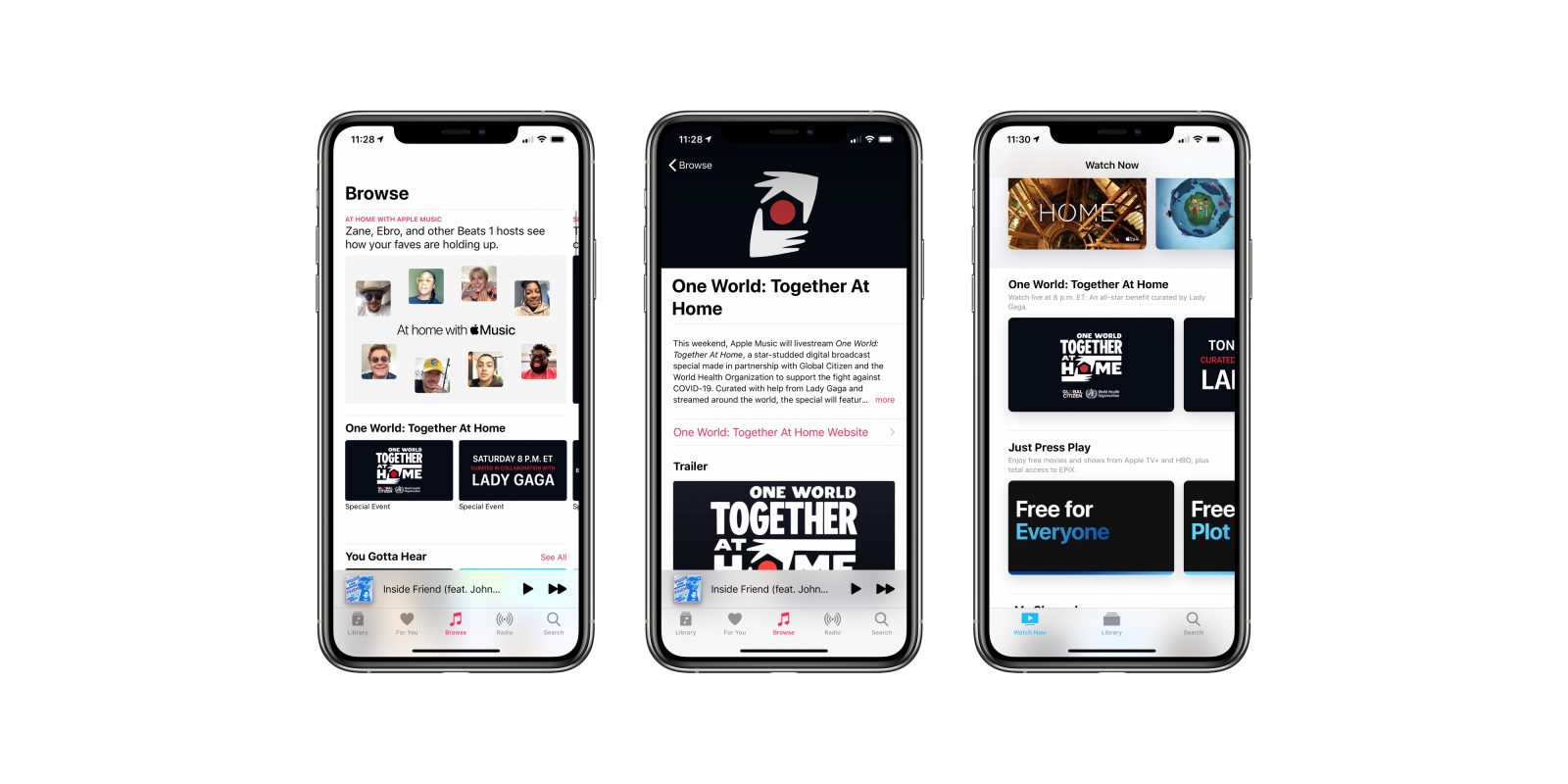 The World Health Organization and Global Citizen are teaming up today for the “One World: Together At Home” virtual benefit concert for COVID-19. The event will be hosted by Jimmy Fallon, Jimmy Kimmel, and Stephen Colbert, and you can watch it via Apple Music and the Apple TV app.

The “One World: Together At Home” is a global broadcast and digital special, spearheaded by Lady Gaga, to support frontline healthcare workers and the WHO. The event will feature a variety of celebrity appearances and musical performances.

How to stream the One World: Together At Home via Apple Music

How to watch One World: Together At Home through Apple TV 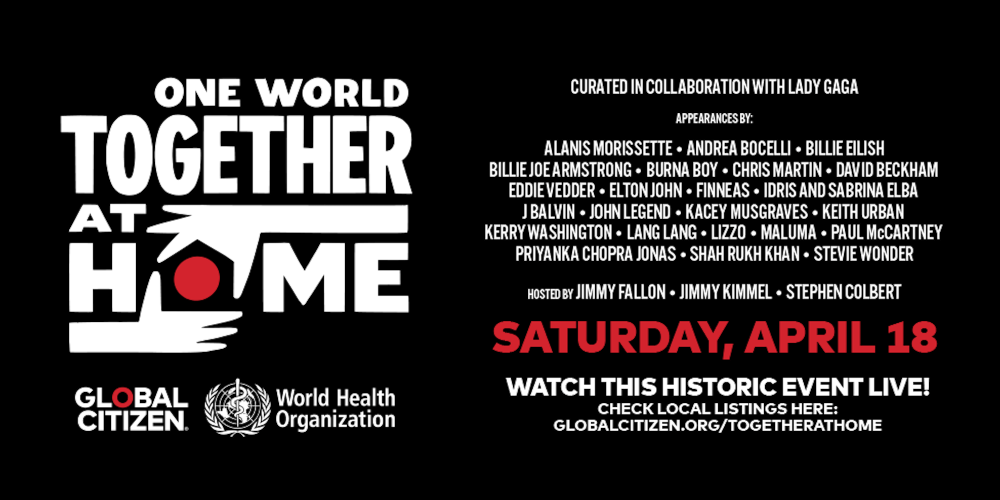 While the One World stream will begin on the Global Citizen website at 2 p.m. ET/11 a.m. PT, the televised part of the broadcast will kick off on Apple Music and the Apple TV app at 8 p.m. ET/5 p.m. PT.

In addition to Apple, however, the benefit will also be shown on ABC, NBC, ViacomCBS Networks, and iHeartMedia in the United States and Bell Media platforms in Canada, as well as additional international broadcasts through BBC One, beIN Media Group, MultiChoice Group, and RTE.

You can learn more about streaming it via other platforms on the Global Citizen website.