Apple to live stream ‘One World: Together At Home’ virtual concert in benefit of COVID-19 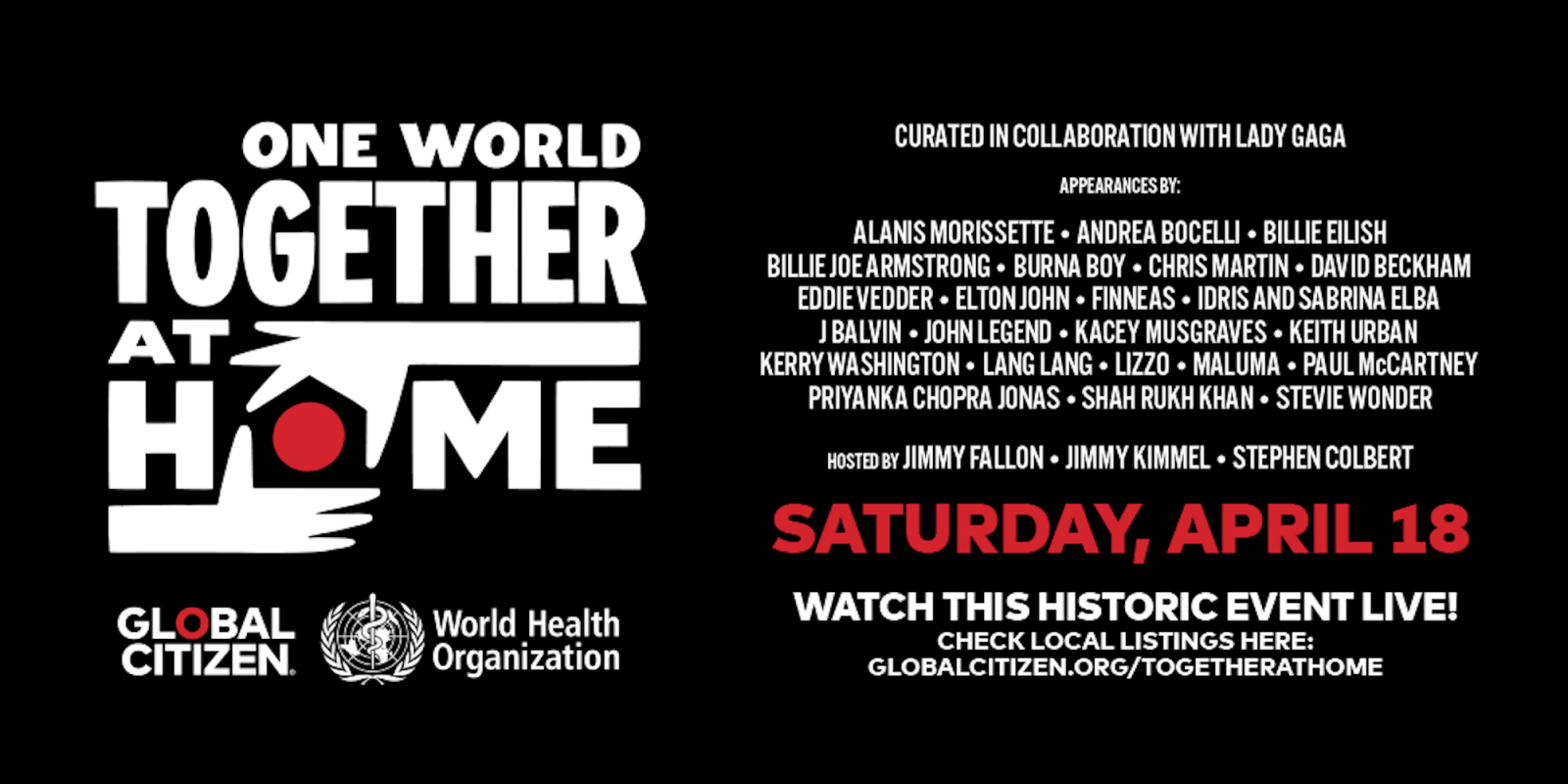 The World Health Organization and Global Citizen have announced the “One World: Together At Home” virtual benefit concert for COVID-19 relief efforts. Hosted by Jimmy Fallon, Jimmy Kimmel, and Stephen Colbert, the event will be streamed live by Apple as well as many other platforms.

The virtual benefit concert will take place on April 18 with a wide lineup of performers, including Elton John, Billie Eilish, Kacey Musgraves, and Chris Martin. Spearheaded by Lady Gaga, Global Citizen has already raised $35 million in support of the WHO’s response to COVID-19.

The “One World: Together At Home” benefit concert will not only support the WHO’s COVID-19 Response Fund, but will also highlight stories from health care heroes as well as those who they’ve treated:

As well as driving combined action to support the WHO’s COVID-19 Solidarity Response Fund, the broadcast will highlight stories from the world’s health care heroes, as well as messages of gratitude and appreciation from those who they’ve treated.

Apple has also signed on to stream the “Together At Home” benefit concert. Presumably, this means the event will be streamed via the Apple TV app and/or Apple Music, but we’ve asked Apple for more specific information as well. Earlier this year, Apple live streamed a Democratic debate via the TV app, for example.

In addition to Apple, however, the Global Citizen event will be broadcast ABC, NBC, ViacomCBS Networks, and iHeartMedia in the United States and Bell Media platforms in Canada, as well as additional international broadcasts through BBC One, beIN Media Group, MultiChoice Group, and RTE.

.@apple is proud to partner with @glblctzn to present One World: #TogetherAtHome. Join us for a special night of music and action to celebrate the heroic efforts of community health workers and support the @WHO in the global fight to end COVID-19. Stay home & take action with us. pic.twitter.com/vSI3SmSy3H