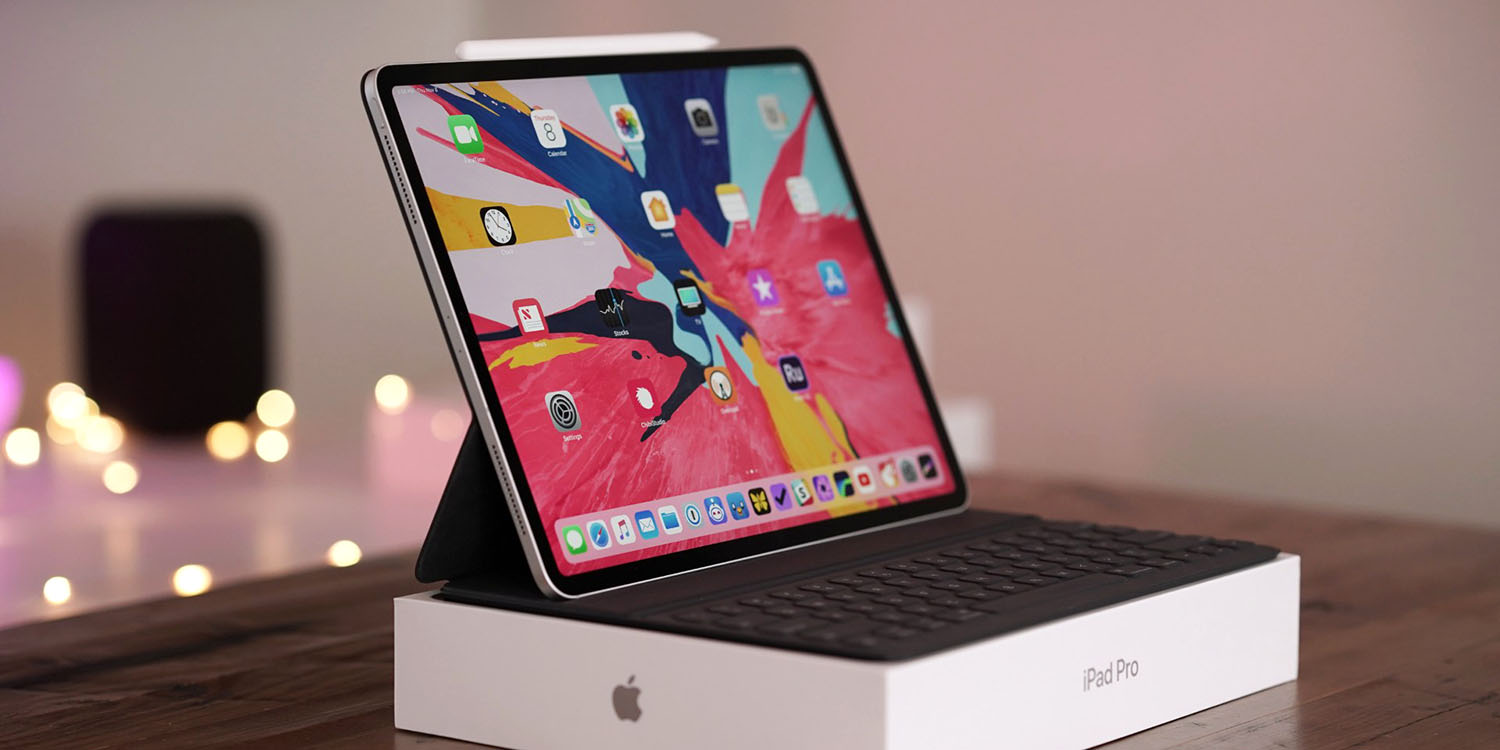 Wednesday’s best deals include Apple’s previous-generation 12.9-inch iPad Pro from $750, plus markdowns on AirPods, and Nike-style Apple Watch Bands. Hit the jump for all that and more in the latest 9to5Toys Lunch Break.

Today only, Woot offers Apple’s 2018 12.9-inch iPad Pro in certified refurbished condition from $750. As a comparison, you’d typically pay at least $999 for these models depending on the configuration. Today’s deals are a minimum of $20 less than our previous refurbished mention.

Apple’s 2018 iPad Pro sports a Liquid Retina edge-to-edge display with ProMotion, True Tone, and wide color. Other features include Face ID, 12MP camera, four speakers, and up to 10 hours of battery life, all of which are powered by Apple’s A12X Bionic chip.

eBay offers the second-generation Apple AirPods for $122. As a comparison, they typically sell for $159 and Amazon is currently offering them at $139. Today’s deal is the second-best we’ve tracked outside of limited Google Shopping offers.

Apple’s latest AirPods feature the new H1 chip for fast wireless pairing, along with access to Hey Siri, and more. AirPods are arguably the best earbuds in this price range, and even more so at today’s price drop, making it a great time to dive in.

Amazon offers Nike-style Apple Watch Sport Bands from $5 in various colors. These sport bands typically sell for $10 each with today’s deals representing at least 20% off the regular going rate and as much as 50% in some instances. This is the best price we’ve tracked all-time. Instead of paying a surcharge for Apple’s own sport bands, go with these budget-friendly alternatives for a fraction of the cost. You have the choice of a variety of colors along with four sizing options for different-sized wrists. Ideal for workouts this spring and summer if you’re after for a sportier look.

Amazon is offering the Apple 61W USB-C Power Adapter for $57. This adapter retails for $69 at Best Buy, offering up considerable savings while also coming within roughly $2 of the lowest Amazon price we have tracked. While there is no shortage of USB-C power bricks on the market, there are only a few made by Apple. This is one of them and it’s powerful enough to fully charge a 13-inch MacBook Pro, Air, or any iPad Pro. Even if you have a 15- or 16-inch MacBook Pro, this is a solid choice for juicing it back up, just bear in mind that it will be slower than what comes in the box.

Amazon is currently offering the NETGEAR Orbi Mesh 802.11ac Wi-Fi System (RBK33) for $190. Typically selling for $295, today’s offer is good for a 35% discount, comes within $4 of the all-time low, and is one of the best we’ve seen to date. NETGEAR’s Orbi mesh system provides up to 5,000-square feet of Tri-band coverage and offers up to 1.2Gb/s network speeds with a dedicated backhaul channel. The main base router features three Gigabit Ethernet ports, which is then expanded by two satellites for whole-home 802.11ac coverage.

Review: Immerse for Logitech G improves game audio with a pic of your ear [Video]