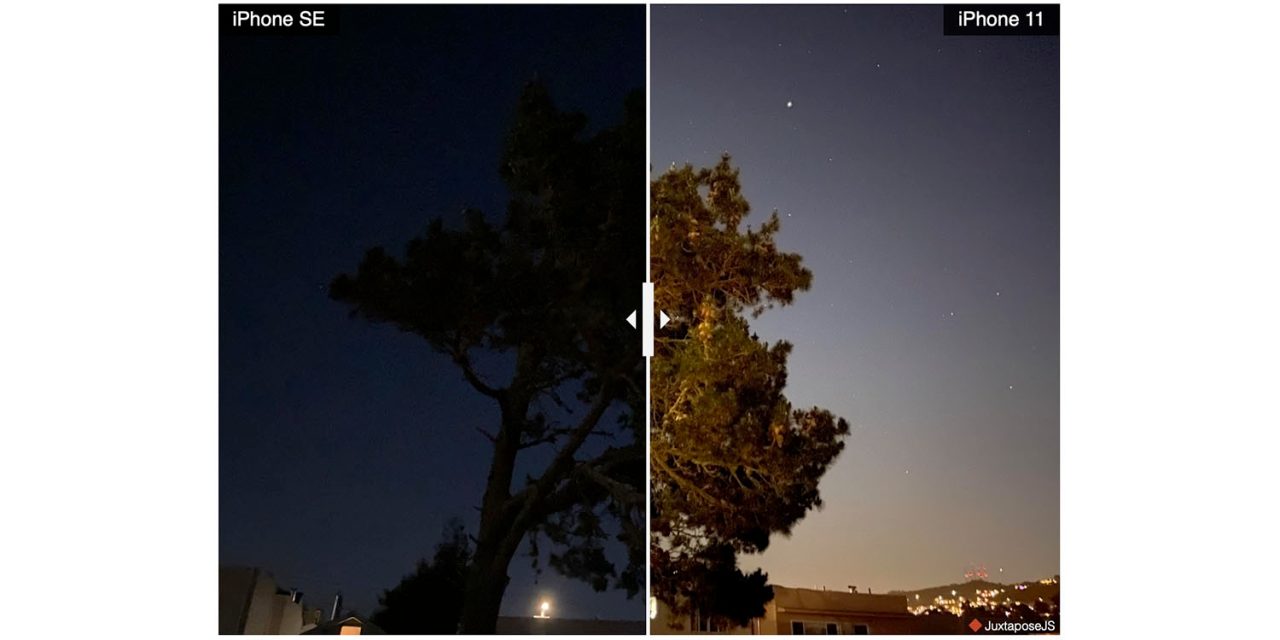 When you’re weighing up which iPhone to buy, you have to balance features and performance against cost. A new comparison today argues that the iPhone SE is better value ‘per dollar’ than the iPhone 11.

The comparison looks at benchmarks for both CPU and GPU, as well as battery-life and storage, while a separate piece compares the camera performance …

MacWorld’s piece is an interesting way to look at it.

How good of a value is it, really? Perhaps a few charts will make everything more clear. By taking performance metrics and dividing it by the base starting price for every new iPhone you can buy, we are able to get a measure of performance-per-dollar.

The results do underline the value you’re getting from the 2020 iPhone SE.

If you recall from our iPhone SE review, we noticed that while most graphics benchmarks perform the same on the iPhone SE as the iPhone 11 and iPhone 11 Pro, there was an exception with the 3DMark Sling Shot Extreme benchmark. For some reason, it ran 10 to 20 percent slower than other iPhones with the A13 chip. Despite this, the $399 price tag still makes it a far better value […]

The life-per-dollar champ is the iPhone XR. With a big 2942mAh battery it lasts a very long time, and now starts at $599. Despite the fact that the battery dies about 35 percent sooner in the iPhone SE, it’s affordable price tag makes its battery-to-dollar value just slightly less than the iPhone XR. The iPhone 11 lasts as long as the iPhone XR, but starts at $699 […]

While a ‘per dollar’ comparison may make the iPhone SE better value, I’m not personally sold on this as a useful metric. My take is you need to consider the factors that matter to you, and then consider what those elements are worth to you. The site’s Jason Cross does acknowledge this, pointing to camera compromises as a key issue to consider.

How much is an Ultrawide rear camera worth to you? Or a telephoto camera? How badly do you want to take Night Mode photos, or Portrait Mode photos of non-human subjects?

A CNET camera comparison found that while the SE could hold its own in some settings, such as well-lit scenes using the standard lens on the iPhone 11, the iPhone SE camera is significantly weaker in many situations.

Check out the full comparisons over at MacWorld and CNET.