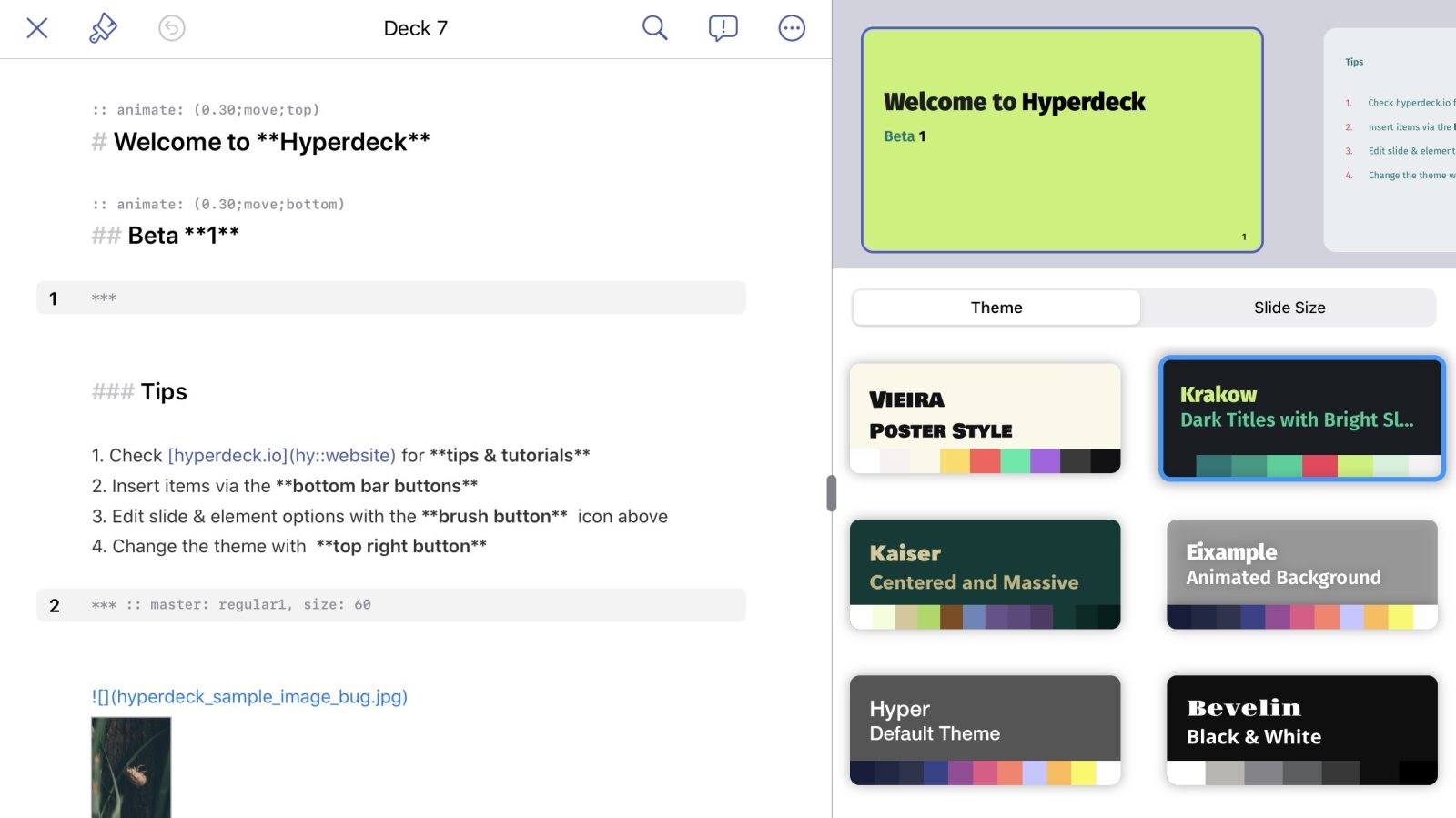 A new app called Hyperdeck has launched today in beta for iPad that comes with a compelling list of features. In addition to support for creating presentations with Markdown, it also features a clean UI for the times you want a more traditional Keynote-like experience. Music to programmers’ ears, Hyperdeck can understand 121 coding languages making it seamless to include and edit code, highlight specific lines, and more.

Hyperdeck developer Benedikt Terhechte announced the availability of the iPad app in beta today with the pitch of the app offering “The ease of use of a Markdown editor with some of the usability of Keynote.”

Beyond the highly enticing support for over 100 languages aimed at coders who do presentations, Hyperdeck looks to have a great UI for any user with rich features like support for inserting webpages into slides, changing font sizes right in a presentation, and animated backgrounds – options Apple’s Keynote and other competitors don’t have.

Here’s some of the built-in support for code:

Hyperdeck understands 121 languages, highlights them, and allows you to animate them on your slides.

You can tell Hyperdeck which lines should appar first, and you can highlight specific lines to raise important points. Even the text editor in Hyperdeck features shortcuts and automatic indent in order to make code editing as pleasant as possible.

Hyperdeck will also be available for macOS in the future along with the iPad app and work with iCloud to easily pick up where you left off on either device.

You can try out the beta of Hyperdeck for iPad now and learn more about it on the app’s website.

I'm so so happy to unveil Hyperdeck! 🎉 It is a next generation presentation app for iPad and Mac. The ease of use of a Markdown editor with some of the usability of Keynote. Including top notch code support. 🥳