Siri and Google now address ‘all lives matter,’ but Google does a better job 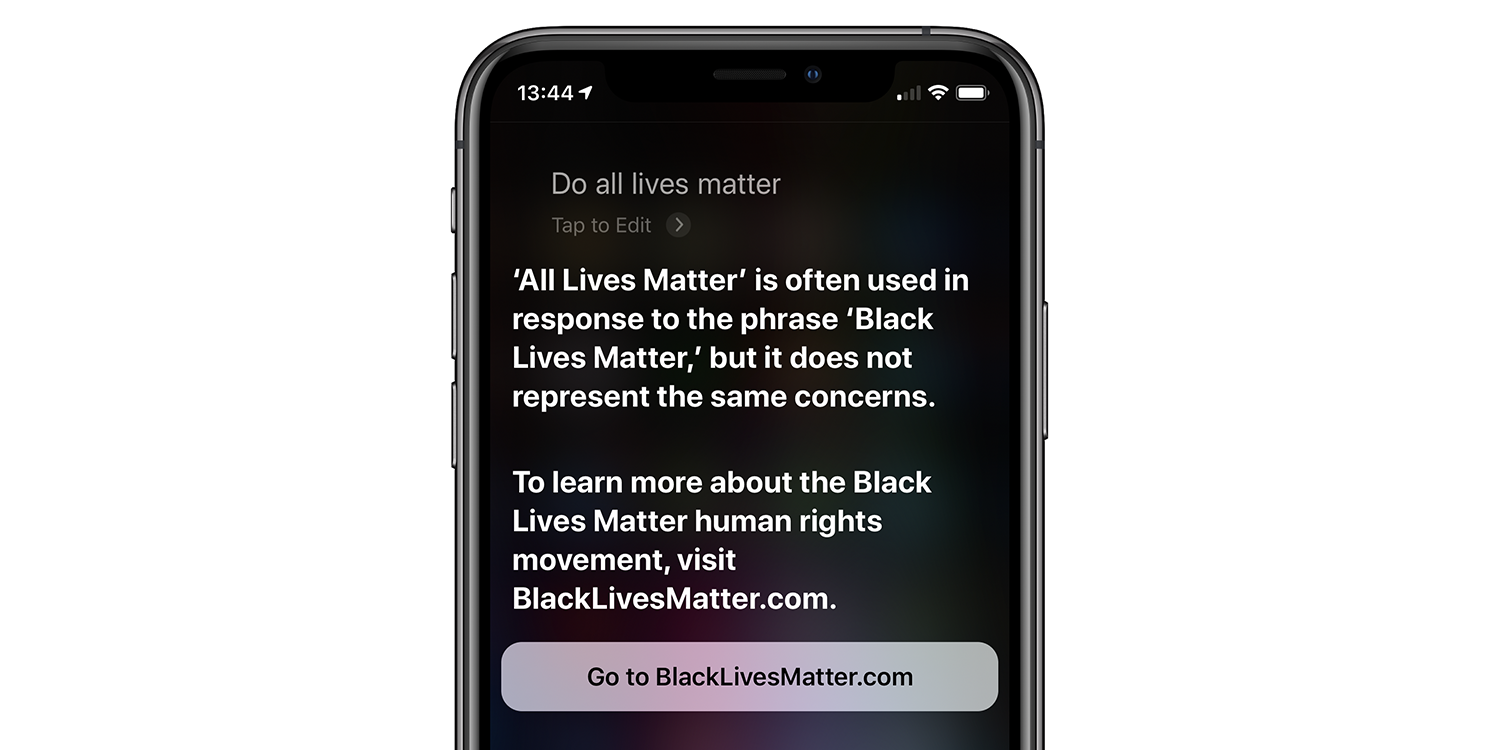 One of the ways some people dismiss the concerns expressed through the phrase Black Lives Matter is to respond ‘all lives matter.’ Both Siri and Google Assistant now observe that this response misses the point, though Google does a much better job of it …

As our sister-site 9to5Google reported, here’s how Google Assistant answers the question ‘Do all lives matter?’:

Saying ‘Black Lives Matter’ doesn’t mean that all lives don’t. It means Black lives are at risk in ways others are not.

While Siri responds (via Business Insider):

‘All Lives Matter’ is often used in response to the phrase ‘Black Lives Matter,’ but it does not represent the same concerns.

Siri’s response is accurate, but Google provides a far better explanation of why ‘all lives matter’ is tone-deaf. Siri does, though, go on to point people to blacklivesmatter.com.

‘All lives matter’ is a response often given by overt racists, but is also used by some who simply fail to understand that there are issues which affect black people more than others. There have been many attempts to reach the latter through tweets, essays, Reddit posts, videos, and cartoons. A few of these can be found below.

WTF is the impulse behind changing #BlackLivesMatter to #AllLivesMatter. Do you crash strangers' funerals shouting I TOO HAVE FELT LOSS

Imagine that you’re sitting down to dinner with your family, and while everyone else gets a serving of the meal, you don’t get any. So you say “I should get my fair share.” And as a direct response to this, your dad corrects you, saying, “everyone should get their fair share.” Now, that’s a wonderful sentiment — indeed, everyone should, and that was kinda your point in the first place: that you should be a part of everyone, and you should get your fair share also. However, dad’s smart-ass comment just dismissed you and didn’t solve the problem that you still haven’t gotten any! 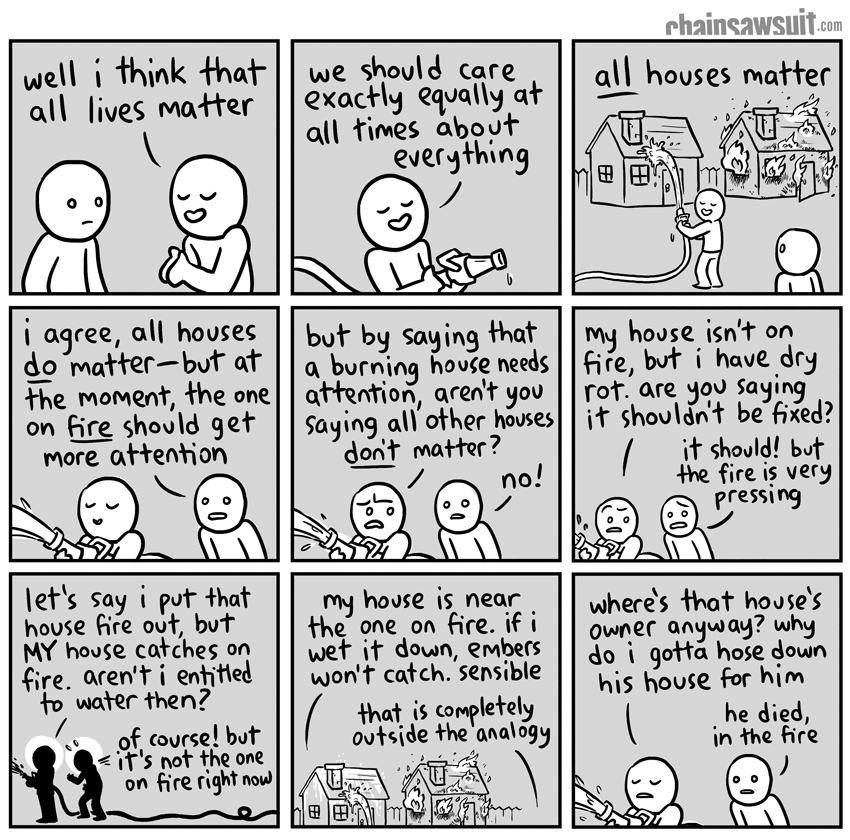 If a patient being rushed to the ER after an accident were to point to their mangled leg and say, “This is what matters right now,” and the doctor saw the scrapes and bruises of other areas and countered, “but all of you matters,” wouldn’t there be a question as to why he doesn’t show urgency in aiding that what is most at risk?

It’s great that intelligent assistants are helping to communicate this message, though personally I’d like to see Siri’s response improved.