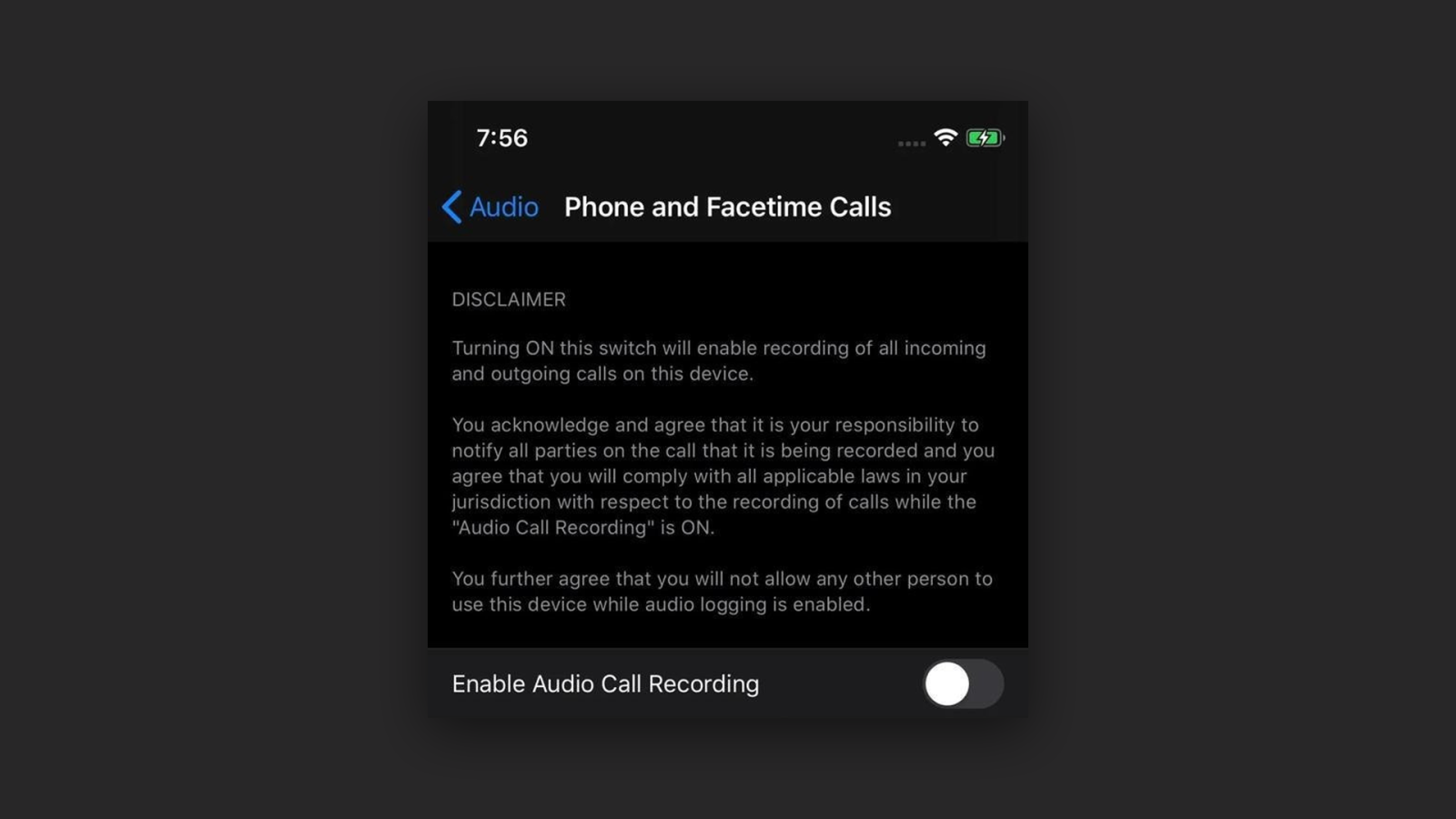 We’ve learned several details about iOS 14, which is expected to be officially announced this month at WWDC 2020. This week, however, an alleged iOS 14 screenshot that is floating on the web shows a new option for recording phone and FaceTime calls. While 9to5Mac was able to confirm that this feature does exist, we’ve heard from sources that it’s not intended to be made available to users.

The original report from Chinese website ITHome claims that the leaked image was obtained by the jailbreak community. The “Enable Voice Call Recording” option is presented with a huge disclaimer about related applicable laws in jurisdiction, so the user should use it responsibly.

9to5Mac obtained access to an early internal build of iOS 14, so we can say that it does have an option to record voice calls. What we can’t say is that Apple is actually planning to enable call recording to the public, which is very unlikely.

We’ve heard from Apple engineers that the feature has been present in iOS internal builds and it’s only intended for debugging purposes. In other words, that’s a dedicated option for Apple employees, and it won’t be made available to users.

You can also tell this by the following message that appears on the leaked screenshot, which is intended for engineers running internal iOS versions on their devices:

You further agree that you will not allow any other person to use this device while audio logging is enabled.

iOS internal versions have a range of settings that aren’t available to the public, so that Apple engineers can simulate different usage scenarios and also compare the results with different enabled options. These options are often referred to as “AppleInternal” on iOS code, and some people may misunderstand them with regular iOS features.

iOS 14 will be officially introduced at WWDC 2020, beginning June 22, as well as the next major releases of macOS, watchOS, and tvOS. Check out our detailed breakdown with everything we know about iOS 14.