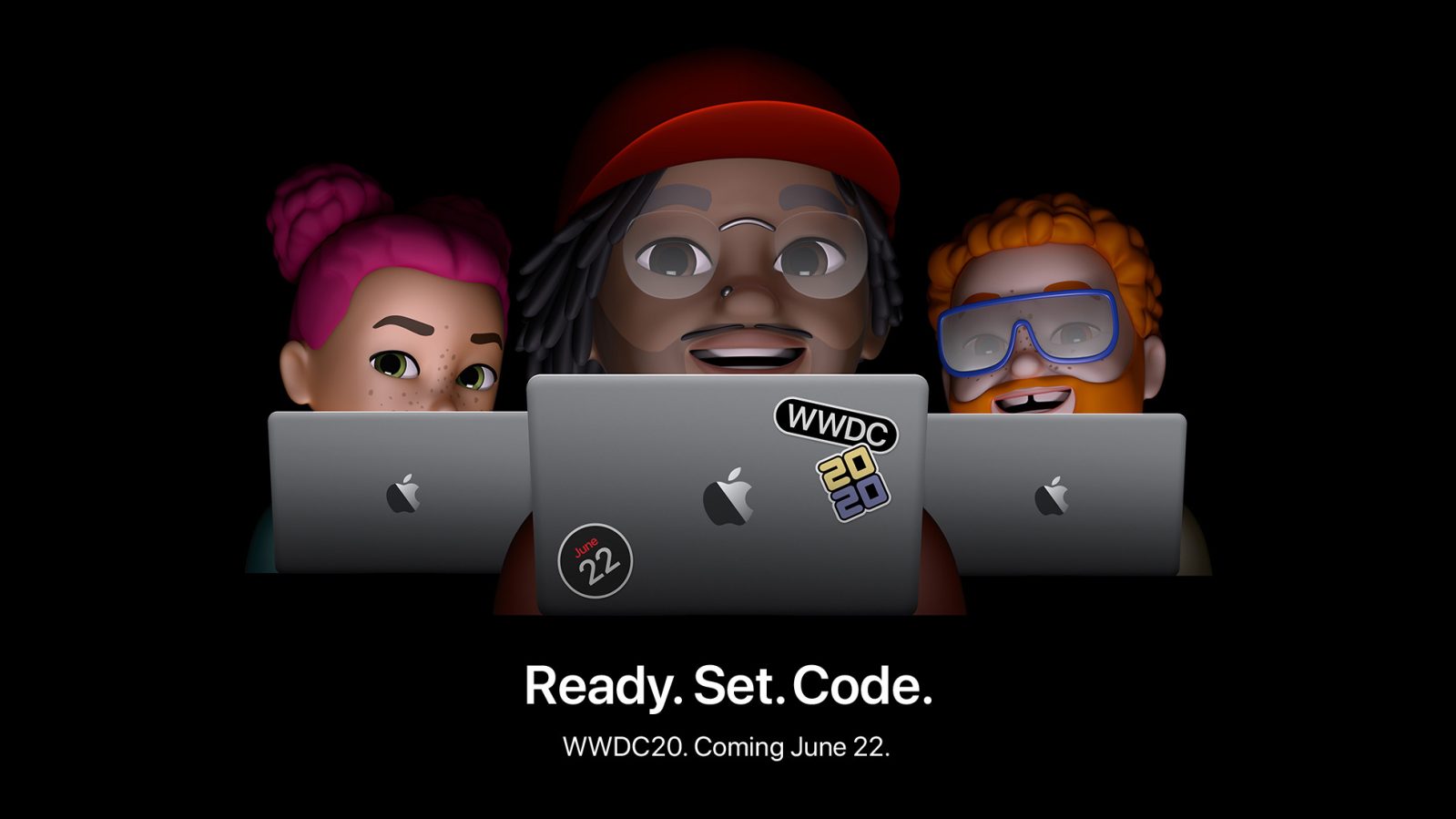 Ahead of WWDC 2020 kicking off on June 22, Apple today has offered additional details on this year’s schedule. Apple has confirmed that the all-virtual WWDC will include a keynote address, Platforms State of the Union, 100+ engineering sessions, all-new Developer Forums, 1-on-1 labs with more than 1,000 Apple engineers, and more.

While Apple had already confirmed that WWDC 2020 would start on June 22, specific details were unclear given the new all-online format prompted by the COVID-19 pandemic. Today, Apple has announced the full schedule for this year’s festivities.

As usual, everything will begin with a Special Event Keynote on Monday, June 22 at 10 a.m. PT/1 p.m. ET. This event will stream “directly from Apple Park” and be available to watch via Apple’s website, the Apple Developer app, the Apple TV app, and YouTube.

Following the Special Event Keynote, Apple will hold its annual Platforms State of the Union address. This will take place at 2 p.m. PT/5 p.m. ET. This event will be available on-demand via the Apple Developer app and Apple Developer website. Interestingly, it sounds like it will not be “live” but rather released all at once.

One of the biggest questions regarding this year’s event had been how Apple would replicate the one-on-one experiences usually available for developers with Apple engineers at WWDC. This year, developers will be able to “request an appointment with the Apple engineers” work one-on-one with the latest iOS, watchOS, macOS, and tvOS releases.

Other things on the docket for this year’s virtual WWDC include over 100 engineering sessions, an all-new Apple Developer Forums design, and more. At WWDC 2020 this year, Apple is expected to introduce iOS 14, watchOS 7, tvOS 14, iPadOS 14, and macOS 10.16. There are also rumors of new hardware announcements, including a redesigned iMac. Finally, Apple is also expected to reveal its plans to transition the Mac lineup to custom ARM processors.

Here’s the full schedule for WWDC 2020 according to Apple:

Discover exciting new innovations and updates coming to all Apple platforms later this year. The keynote address will stream directly from Apple Park via apple.com, the Apple Developer app, the Apple Developer website, the Apple TV app, and YouTube, and will also be available for on-demand playback after the conclusion of the stream. For viewers in China, the keynote will also stream on Tencent, iQIYI, Bilibili, and Youku.

Platforms State of the Union

Starting June 23, developers will have the ability to learn how to build the next generation of apps with more than 100 technical and design-focused sessions helmed by Apple engineers. Videos will be posted each day at 10 a.m. PDT and will be available in the Apple Developer app on iPhone, iPad, and Apple TV, as well as on the Apple Developer website.

The all-new Apple Developer Forums will connect the developer community with more than 1,000 Apple engineers to answer questions and engage in technical discussions. Starting the first day of WWDC, anyone can search and view the forum discussions to follow along, and Apple Developer Program members will be able to post their own questions and learn directly from Apple experts.

1-on-1 Developer Labs (by appointment)

Developers will be able to request an appointment with the Apple engineers who helped build the latest advances in Apple platforms, offering one-on-one technical guidance and in-depth details on how to implement new features. Developer Labs will be open to Apple Developer Program members as space is available.