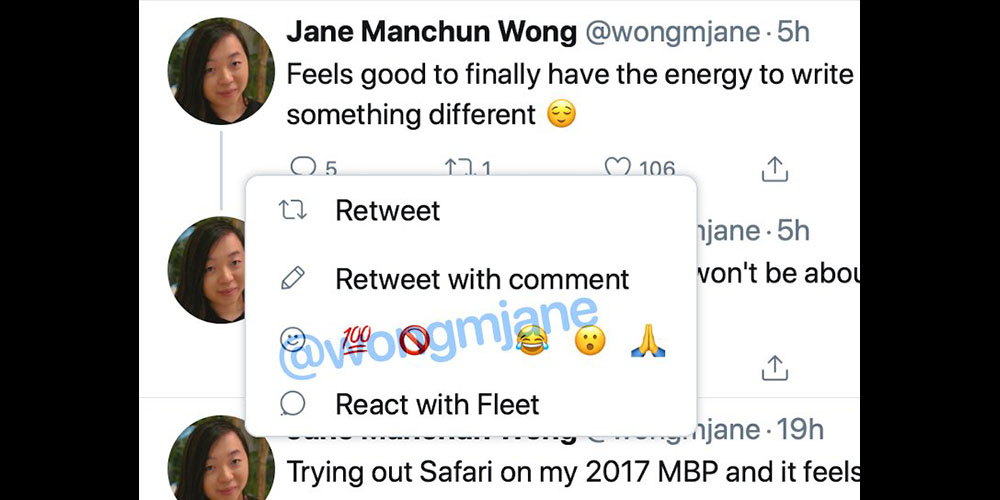 Reverse-engineering of Twitter code shows that the company is working on allowing Facebook-style reactions to tweets, beyond the current Like option.

Six different emoji have been found …

The discovery was the work of Jane Manchun Wong, who has made a name for herself reverse-engineering apps to find evidence of features that are being tested or considered for release.

The reactions she found are:

The Verge notes that Twitter has explored the idea before, but observes that it could be particularly useful now.

This isn’t the first time Twitter has experimented with emoji reactions as SocialMediaToday reports, having played around with the idea back in 2015 when Facebook was developing its own take […]

Twitter’s recent decision to let some people turn off replies to their tweets could make it far more useful now. Without the option to send a written reply to a tweet, you might want to post a more nuanced reaction beyond favoriting a tweet with a heart icon. Twitter also recently introduced the ability to react to direct messages, indicating its interest in emoji reactions generally.

The ability to control who can reply to your tweets began rolling out last month to a limited number of people in what Twitter described as a small-scale test.

The graphic tweeted by Wong also reveals a ‘React with Fleet’ option. Fleets are tweets that automatically disappear after 24 hours, in the same fashion as Instagram Stories. You can learn more about these here, though the international rollout is extremely limited so far.

Whether the reactions will be enabled for anyone or everyone is as yet unknown, but the smart money would be on Twitter taking its usual approach of granting access to either a small percentage of users globally or to one or two countries initially in order to gauge take-up and popularity.

What’s your view of the idea of Facebook-style reactions on Twitter? Let us know in the comments.