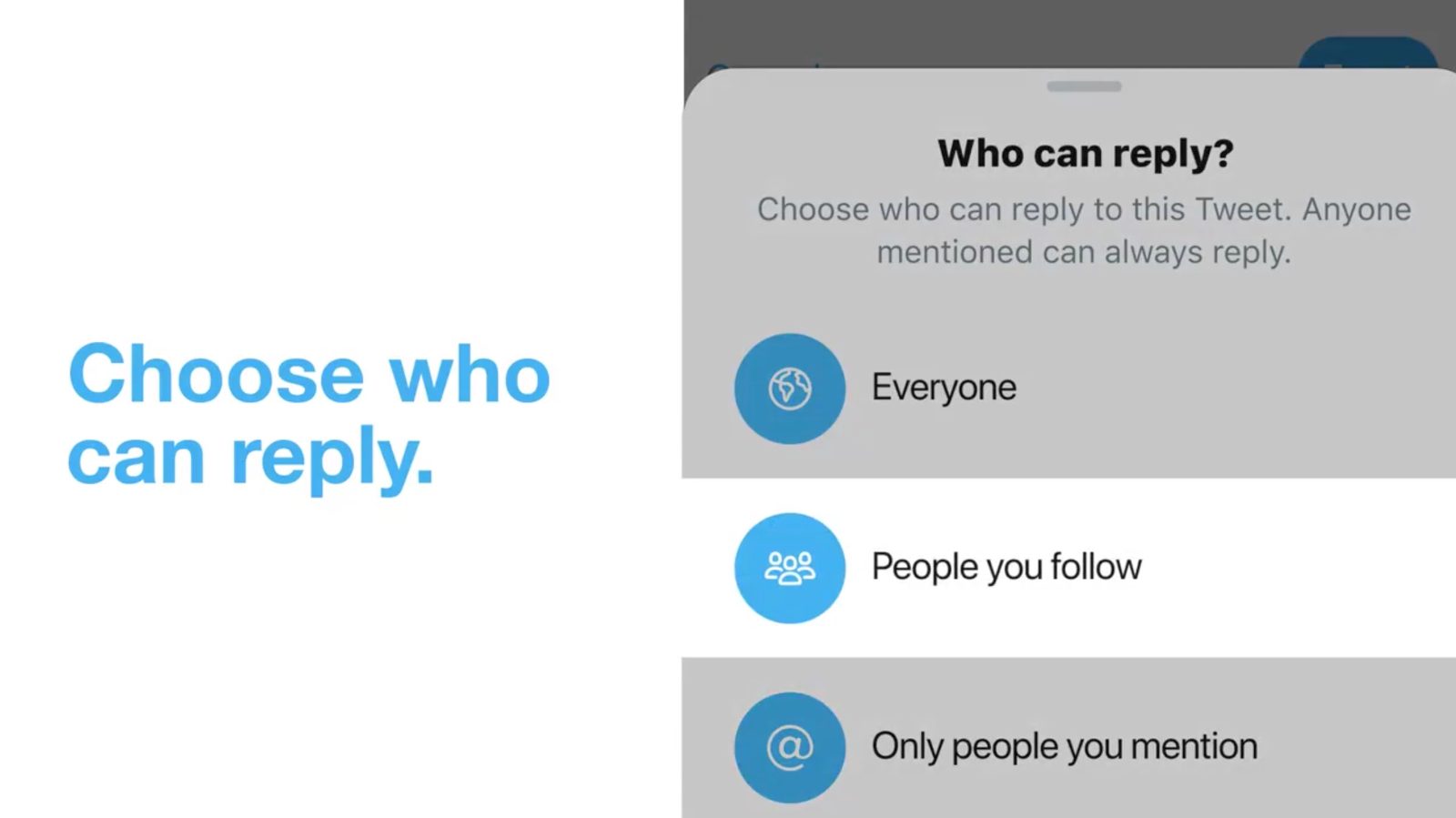 Twitter is rolling out the ability for users to limit who can reply to their tweets. The feature is currently available to “a limited group of people globally” with a trio of different new reply options.

As the company explains in a blog post, before you tweet, you’ll be able to choose from three options for who can reply: everyone (standard Twitter, and the default setting), only people you follow, or only people you mention.

Being able to participate and understand what’s happening is key for useful public conversation. So, we’re exploring how we can improve these settings to give people more opportunities to weigh in while still giving people control over the conversations they start.

Twitter has focused heavily on revamping its conversation features recently. Last year, the company launched a new “Hide Replies” moderation feature. With that feature, everyone can still reply to a tweet, but the original user can hide certain responses. Earlier this month, Twitter launched a new layout for replies on the web and mobile devices.

As of right now, the ability to limit replies is only available to a “limited group of people globally,” but everyone will be able to see when someone chooses to restrict replies to their tweet.

A new way to have a convo with exactly who you want. We’re starting with a small % globally, so keep your 👀 out to see it in action. pic.twitter.com/pV53mvjAVT