One of the new features included with iOS 14 is a built-in translator available as a standalone app. 9to5Mac first revealed the Translate app based on a leaked build of iOS 14, and now we’ve got our first look at the app with the iOS 14 developer beta.

The Translate app is quite simple and there is not much you need to know to use it. Once you open the app, all you have to do is choose the language you want to translate and the language in which the content will be translated to.

You can type text to be translated or use the dictation feature to translate what you say with your voice. iOS can read the translation with the correct pronunciation, which can be great not only for communicating with other people, but also for learning a different language.

Users can bookmark the translations to check back later and the app also keeps a history of recent translations. The app works in 11 different languages, which are: Arabic, Chinese, English, French, German, Italian, Japanese, Korean, Portuguese, Russian, and Spanish. 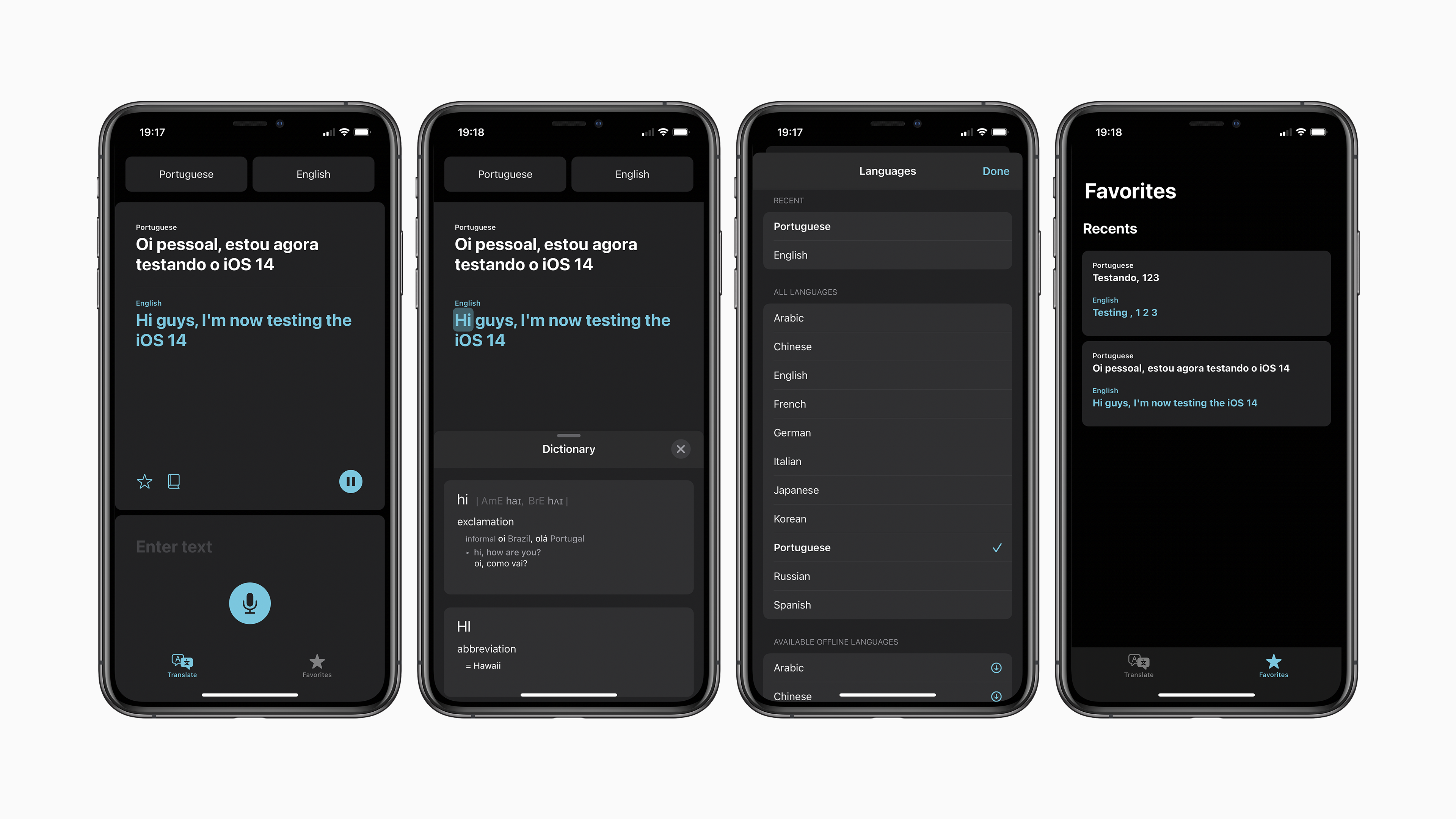 iOS 14 is expected to be released for everyone later this year. A public beta version will be released in July.