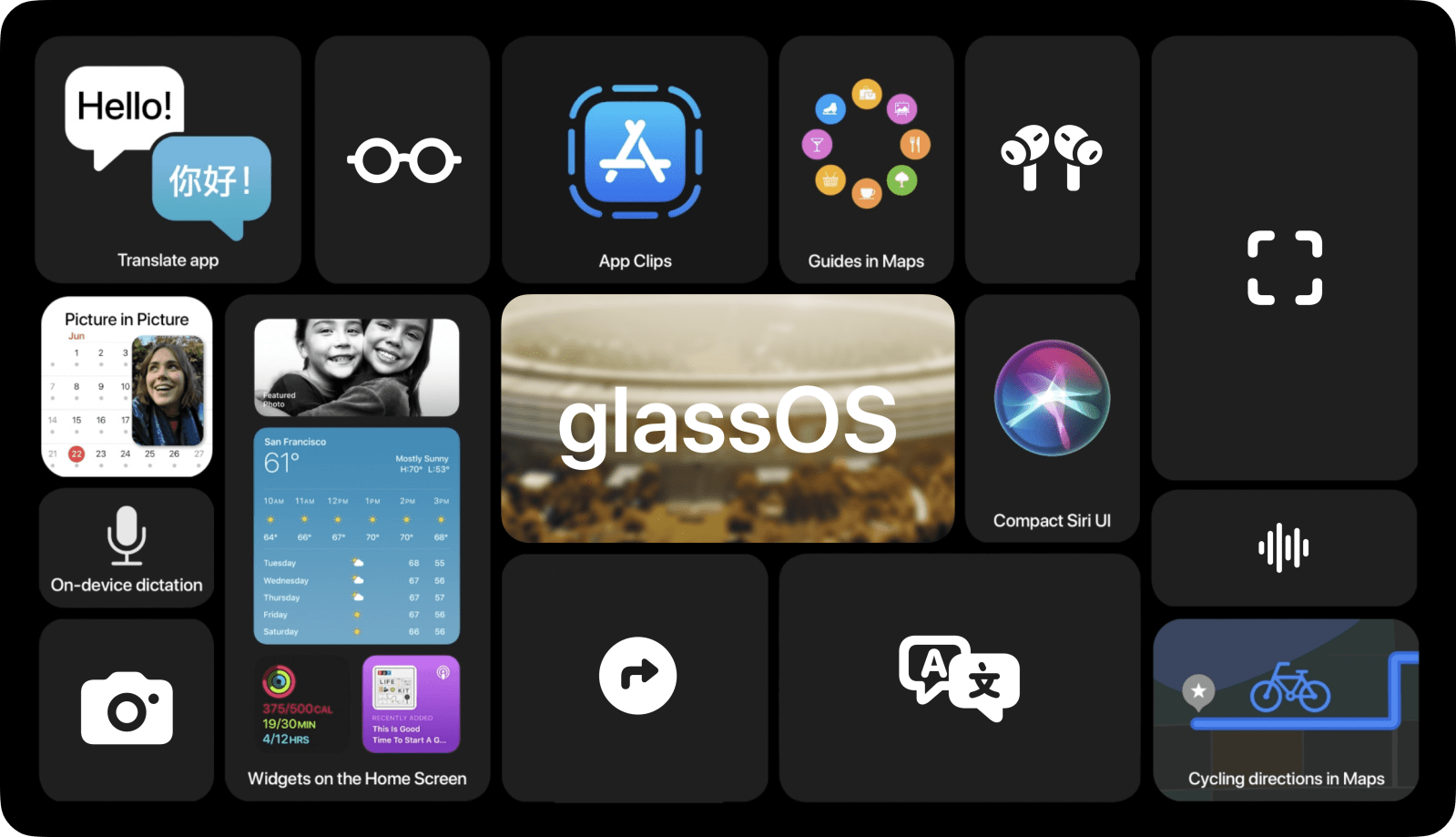 We’ve heard many rumors about Apple’s new augmented reality headset, referred to as Apple Glasses, which are expected to be announced at some point in 2022. While the company won’t give us details about their upcoming projects, developer and designer Jordan Singer has created this new concept that imagines the Apple Glasses user interface inspired by iOS 14.

As Jordan noted, Apple’s website highlights that changes in the iOS 14 interface makes the elements “compact” and focuses on letting users “quickly get information,” which is expected for an operating system that will run on a pair of glasses.

These changes include home screen widgets, the new Siri interface, and the non-intrusive incoming calls screen. With that in mind, Jordan created this concept to show how these elements could be shown to someone wearing Apple Glasses.

Let’s assume Apple’s glasses have a way of presenting UI, be it projection or on a display. And let’s assume that iOS 14 is introducing new UI paradigms that will help make the transition to glasses seamless. Now, let’s take a look at how almost every corner of the iOS 14 update meant for iPhone can be translated directly to UI on a pair of glasses.

For notifications, the concept uses watchOS-inspired banners in the top right corner of the field of view. You can see that the images use the new macOS Big Sur icons, and Jordan justifies that icons with 3D elements and shadows should be more natural to be recognized when overlaid on the “real world.”

“glassOS” would automatically show widgets based on what’s most important to the user, just like Smart Widget Stacks on iOS 14.

There are many other examples that you can check out on the concept page, including Siri, AirPods alerts, privacy indicators, Translate app, and more.

What do you think of this concept? What approach do you think Apple should take to create a new operating system for Apple Glasses? Let us know in the comments section below.