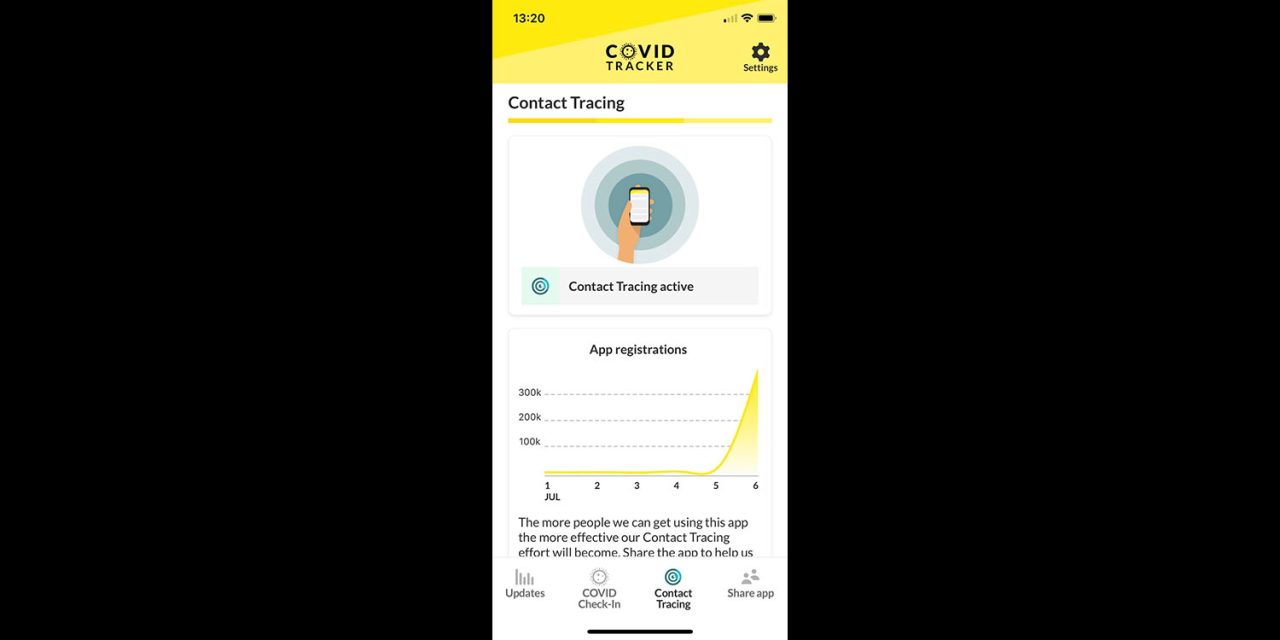 The Irish coronavirus contact tracing app was launched yesterday, and has already been installed by more than 10% of the country’s population in less than 24 hours …

The stat was noted by Steve Troughton-Smith.

Nice to see 10% of our population has adopted the contact tracing app already after less than a day. This is the only way something like this can succeed.

The app provides privacy assurances by using the Apple/Google API, which has doubtless encouraged adoption.

It had earlier been speculated that the app would have to be available in the UK App Store so that it works in Northern Ireland, and we can confirm that this is indeed the case. It can be installed and run in mainland UK, and if you choose to enter your phone number so that manual contact tracers can call you, it accepts a UK phone number.

For anyone unfamiliar, the island of Ireland comprises two countries: the Republic of Ireland (usually simply known as Ireland or Éire) and Northern Ireland, which is part of the UK. There is no hard border between the two countries, and many people frequently cross between Ireland and Northern Ireland in the course of everyday life. An app that only worked on the Irish side of the border would therefore be of limited value.

As the UK’s own contact tracing app still doesn’t exist, and nobody knows when it will, having been delayed four times, it would make sense for Brits to use the Irish app. However, this will only prove effective if enough of the population does so. I’ve installed it myself and will be encouraging others to, so perhaps we can get a bit of momentum behind the idea if fellow Brits push the idea?

If Brits need any encouragement, here’s the last-known progress on the UK app: