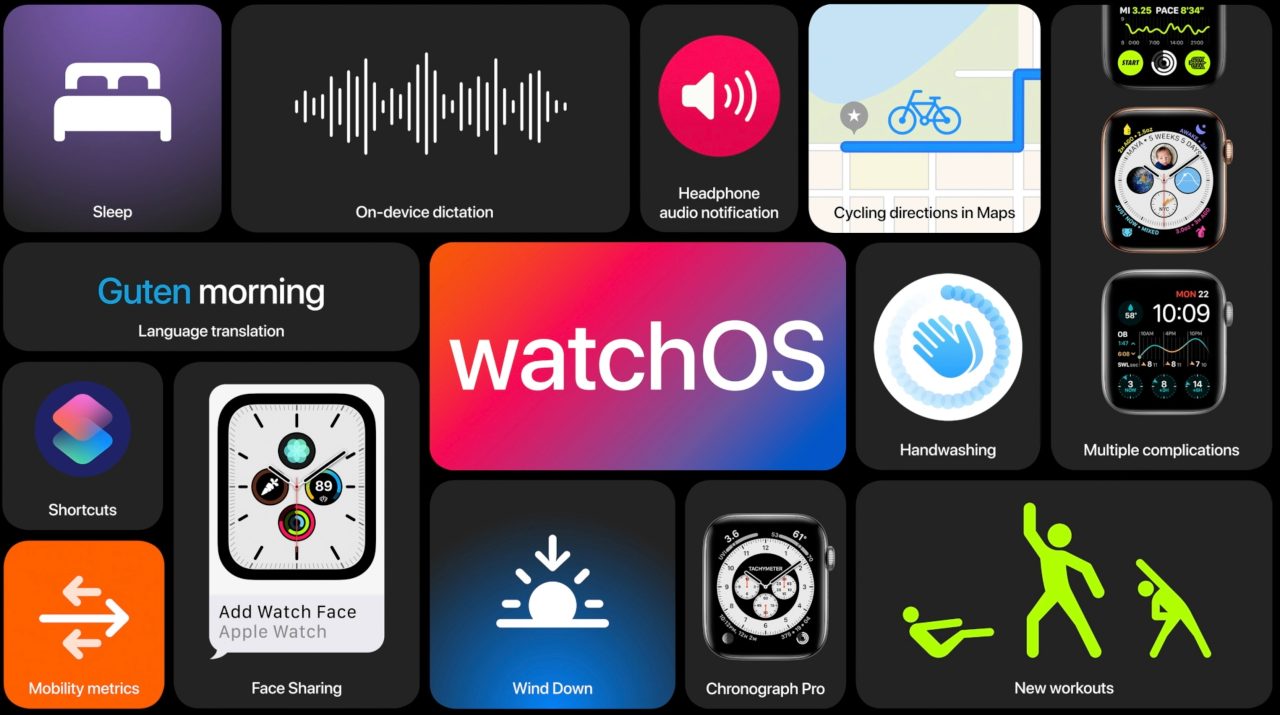 watchOS 7 beta 2 can be installed by developers through the companion Apple Watch app on iPhone, or by heading to the Settings app on the Apple Watch itself.

watchOS 7 is currently available to developers only, but for the first time ever, Apple will also release a version to public beta users sometime this month. In past years, Apple has released public beta versions of iOS, macOS, tvOS, and iPadOS, but not watchOS. Users can sign up to get watchOS 7 in July through beta.apple.com website. More specific details on the public beta release are unknown.

What Apple Watch models are supported by watchOS 7 beta 2?

watchOS 7 adds a variety of new features to the Apple Watch, including support for watch face sharing. You can now create and share watch faces with other people, but developers can also offer preconfigured faces in their application, while you can also add watch faces from the web.

Sleep tracking is also now supported on Apple Watch, while Workouts app has been updated with new dance workouts and improved calorie tracking for things like core training, cooldowns, and functional training.