ARM Mac graphics performance could be better than discrete GPUs 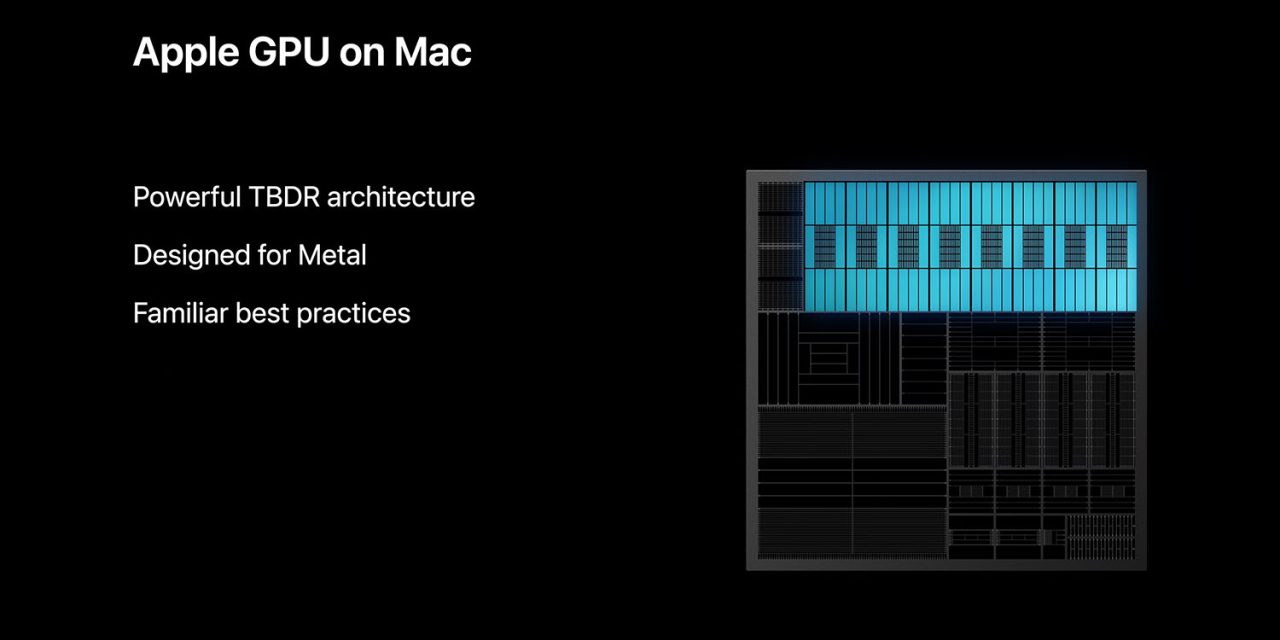 Apple gave an impressive look at ARM Mac graphics performance when it showed a Shadow of the Tomb Raider demo during its WWDC keynote. There were many comments about how smoothly this ran under Rosetta 2.

The session introduced something known as Tile Based Deferred Rendering (TBDR).

Meet the Tile Based Deferred Rendering (TBDR) GPU architecture for Apple Silicon Macs — the heart of your Metal app or game’s graphics performance. Learn how you can translate or port your graphics-intensive app over to Apple Silicon, and how to take advantage of TBDR and Metal when building natively for the platform.

We’ll look at how TBDR compares with the Immediate Mode Rendering pipeline of older Macs, go through common issues you may face when bringing an app or game over, and explore how to offer incredible performance when building with the native SDK.

Gizmodo summarized how it compares with Immediate Mode Rendering used by Intel, NVIDIA, and AMD GPUs.

TBDR captures the entire scene before it starts to render it, splitting it up into multiple small regions, or tiles, that get processed separately, so it processes information pretty fast and doesn’t require a lot of memory bandwidth. From there, the architecture won’t actually render the scene until it rejects any and all occluded pixels.

On the other hand, IMR does things the opposite way, rendering the entire scene before it decides what pixels need to be thrown out. As you probably guessed, this method is inefficient, yet it’s how modern discrete GPUs operate, and they need a lot of bandwidth to do so.

For Apple Silicon ARM architecture, TBDR is a much better match because its focus is on speed and lower power consumption – not to mention the GPU is on the same chip as the CPU, hence the term SoC [System on a Chip].

One unknown is whether ARM Macs will continue to offer discrete GPU options, whether that’s a third-party one like the AMD Radeon Pro ones used in the MacBook Pro, or new Apple ones. Gizmodo’s Joanna Nelius highlighted a clue in Apple’s support document.

This is probably why Apple wrote, “Don’t assume a discrete GPU means better performance,” in its developer support document. It’s all that dang bandwidth it doesn’t need.

Apple hadn’t responded to Gizmodo’s request for comment on its ARM Mac graphics plans at the time of writing.