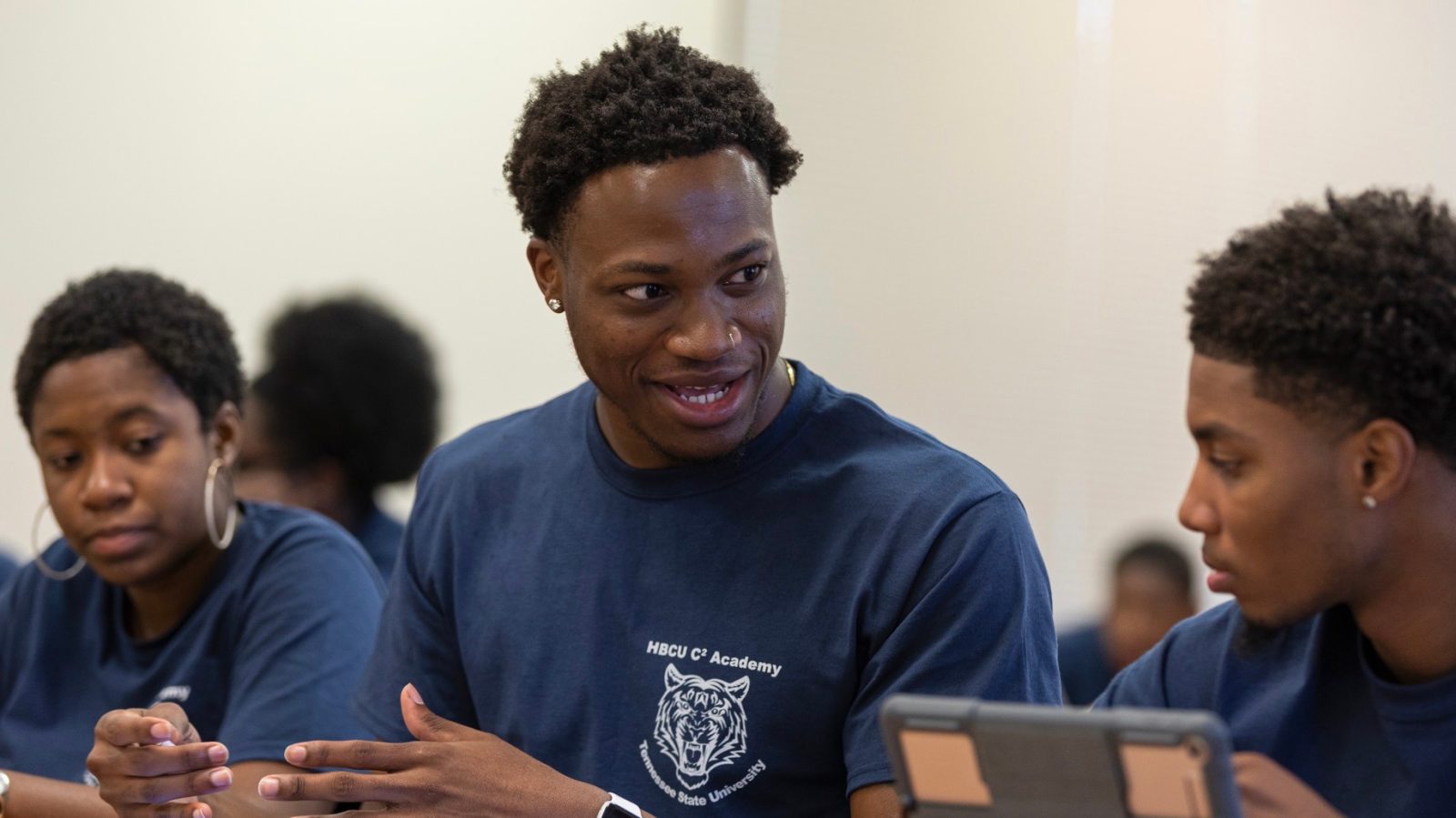 After announcing its $100 million Racial Equity and Justice Initiative last month, Apple has today announced that it is expanding its education partnerships with Historically Black Colleges and Universities. Notably, the learning opportunities and workforce development will go beyond the newly added campuses and impact local communities as well.

Apple announced the expansion of its coding and creativity education efforts with 10 new Historically Black Colleges and Universities (HBCUs) in a Newsroom post:

Apple today announced it is deepening its existing partnerships with Historically Black Colleges and Universities (HBCUs), adding 10 more HBCU regional coding centers that will serve as technology hubs for their campuses and broader communities. This effort is part of Apple’s Community Education Initiative, designed to bring coding, creativity, and workforce development opportunities to learners of all ages.

”Apple is committed to working alongside communities of color to advance educational equity,” said Lisa Jackson, Apple’s vice president of Environment, Policy and Social Initiatives. “We see this expansion of our Community Education Initiative and partnership with HBCUs as another step toward helping Black students realize their dreams and solve the problems of tomorrow.”

Apple highlights that its Community Education Initiative now includes 24 locations in the US with half of them being HBCUs and 21 of them “predominately serve majority Black and Brown students.” Thousands of students have already been able to learn with Apple’s Everyone Can Code and Everyone Can Create curricula.

Dr. Robbie Melton is Tennessee State University’s associate vice president of the SMART Global Technology Innovation Center and dean of Graduate and Professional Studies. She is also a champion of the HBCU C2 initiative. She is proud of what the program has already accomplished, and sees unlimited potential for the future.

“In two years, I want all HBCUs to be coding and creating,” said Melton. “In two years, you’re going to see many more people of color entering the STEM workforce — and in two years we’re going to double the number of Black women in technology through this program.” 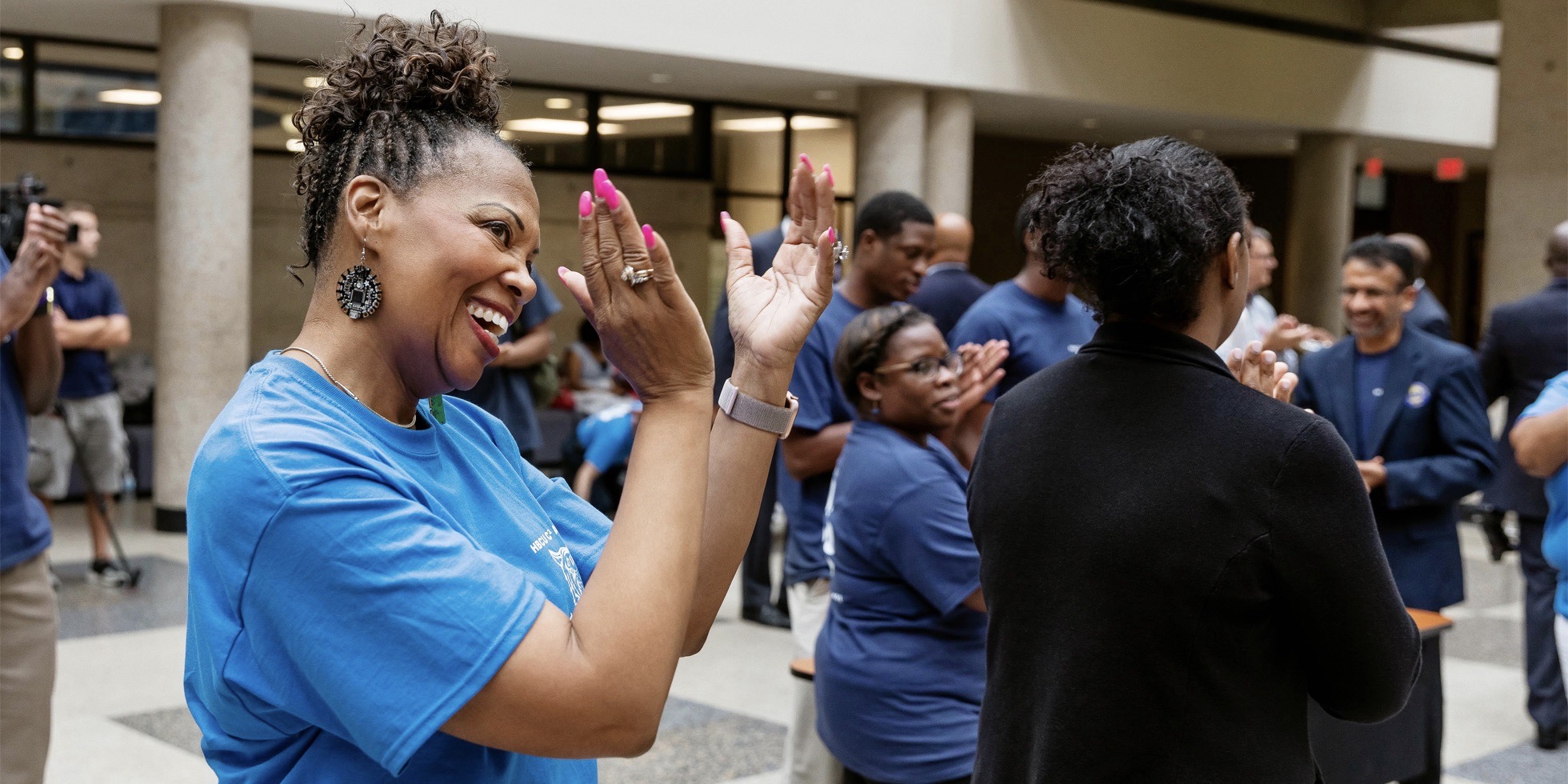 Here’s the full list of the 10 new HBCUs that are part of Apple’s latest expansion: 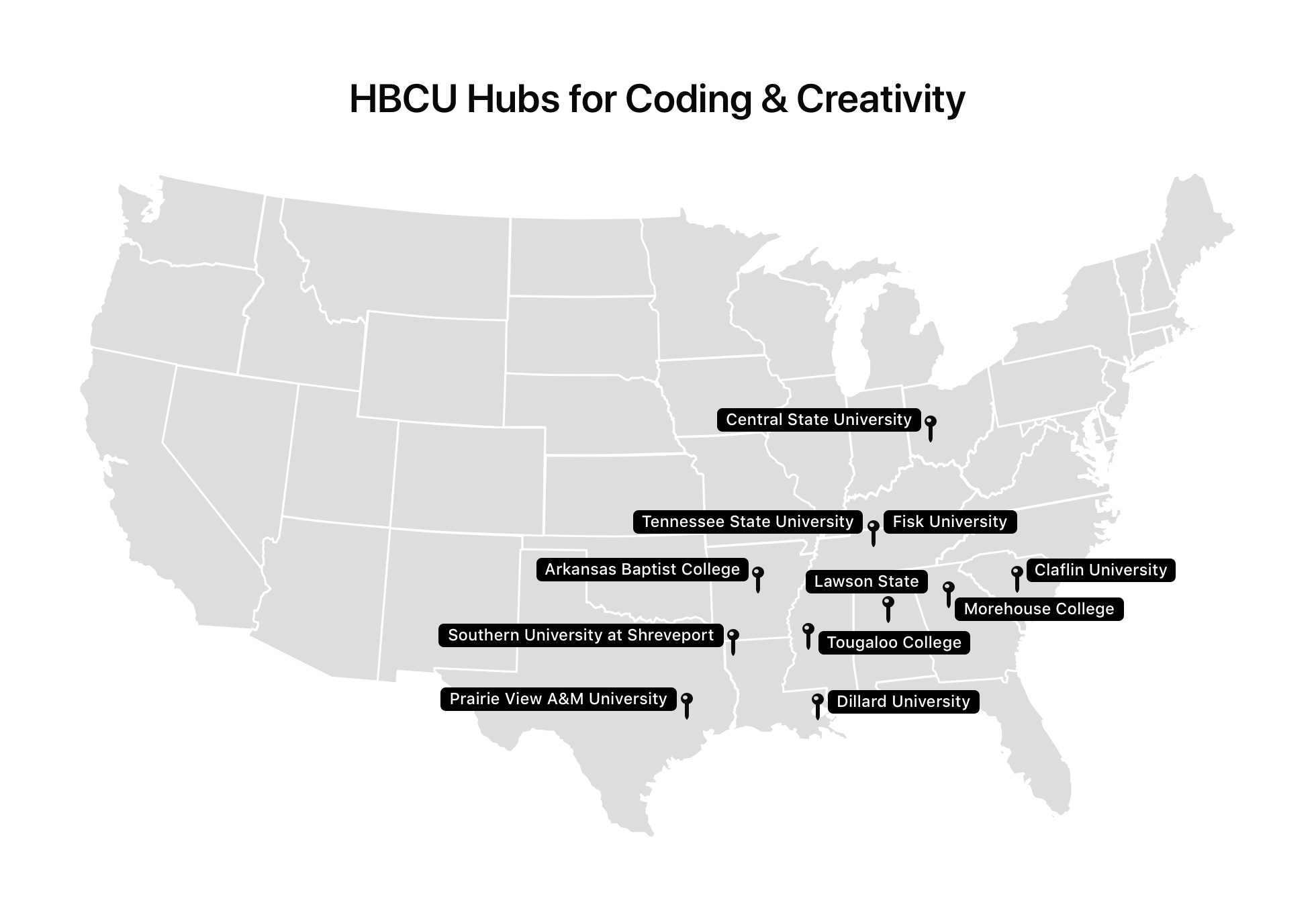 Later this month, educators from the 10 HBCUs will be part of a group of nearly 500 teachers and community leaders taking part in a virtual Community Education Initiative Coding Academy that Apple is hosting for all initiative partners. Educators will learn the building blocks of coding with Swift, Apple’s easy-to-learn coding language. Participants will work in teams to design app prototypes to address real community challenges. After completing the coding academy, educators will begin to integrate the coding and creativity curricula into their communities by launching coding clubs and courses at their schools, hosting community coding events, and creating workforce development opportunities for adult learners.