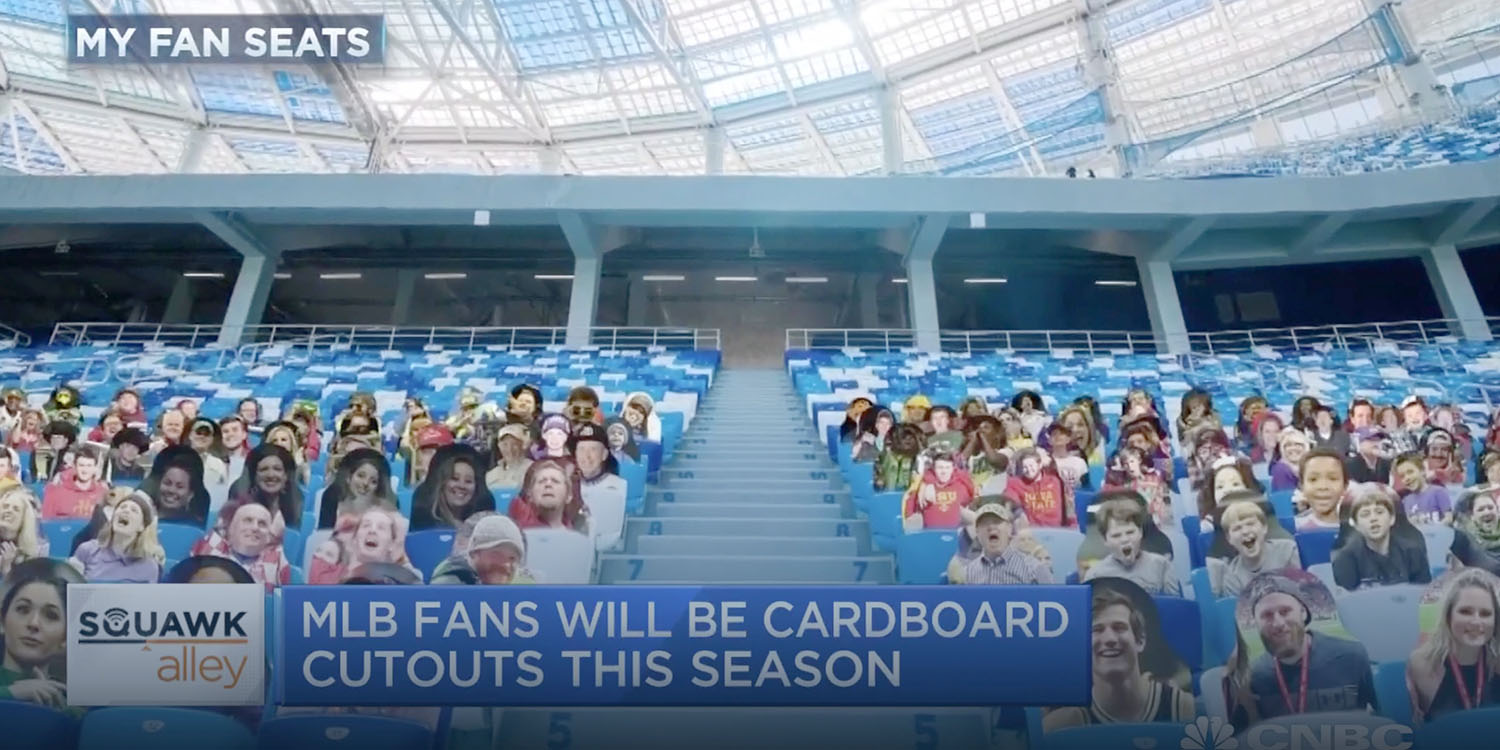 Apple, Google, and Sony are all playing a part in helping a new MLB season start tomorrow. Two Major League Baseball games are taking place on the opening night, and the experience will be rather different than usual.

Most notably, MLB games will take place in empty stadiums – which is one of two areas where iPads come into the picture …

CNBC reports that MLB will replicate the roar of the missing crowds in order to help the atmosphere. Most of that work is being done by Sony.

Ballparks will have 12 4K cameras and feature Sony’s Hawk-Eye tracking system, which MLB said will help it better track player positioning and movement and “everything that is happening on the field, with no blind spots,” according to Gaedtke.

Sony, which renewed its deal with MLB last December, will also provide teams artificial crowd noise. Clubs are required to use some form of fake sounds designed to emulate regular contests with spectators, since games will be held in empty stadiums.

Sony has made available 75 samples of crowd sounds from its MLB video game.

But selecting and playing the samples, to match the crowd noise to the action, will be done with iPads.

The league will provide teams with an iPad filled with the samples that will be controlled by an audio technician during games.

Fans will also be able to use the MLB app to clap, cheer, and boo from home, and have that supplement the samples played in the stadiums.

iPads are also being used to provide live and recorded video feeds to coaches and other staff.

As part of the league’s Covid-19 health and safety protocols, MLB said it would ban traditional video stations shared throughout clubhouses. The league took advantage of its 2016 partnership with Apple to expand the dugout iPad program. It will now distribute 15 iPads to each team for players and staff to dissect performances and additional team content like scouting reports.

One of the ways that footage will be used is in deciding whether or not to challenge umpire calls based on instant replays. MLB stadiums have been fitted with additional 4K cameras to assist.

The league placed 4K cameras to overlook fields. The cameras are generally used to look at a base runner’s placement and “other wide-angle things that may not be available during the broadcast,” Marinak said.

MLB said the tech upgrades will help get footage to umpires faster to cut down on the time spent reviewing plays. It will also help the team to decide whether or not to challenge a call.

Google will be providing the MLB season with cloud services and machine learning to help with stats tracking and analysis.

With its Statcast 3D platform powered by Google, MLB said broadcasts can re-create game footage in a variety of virtual perspectives. Concepts like displaying a player’s home run trails, pitching angles from a catcher and umpire’s perspective and how play is affected by weather conditions will now be available for national and regional broadcast partners.