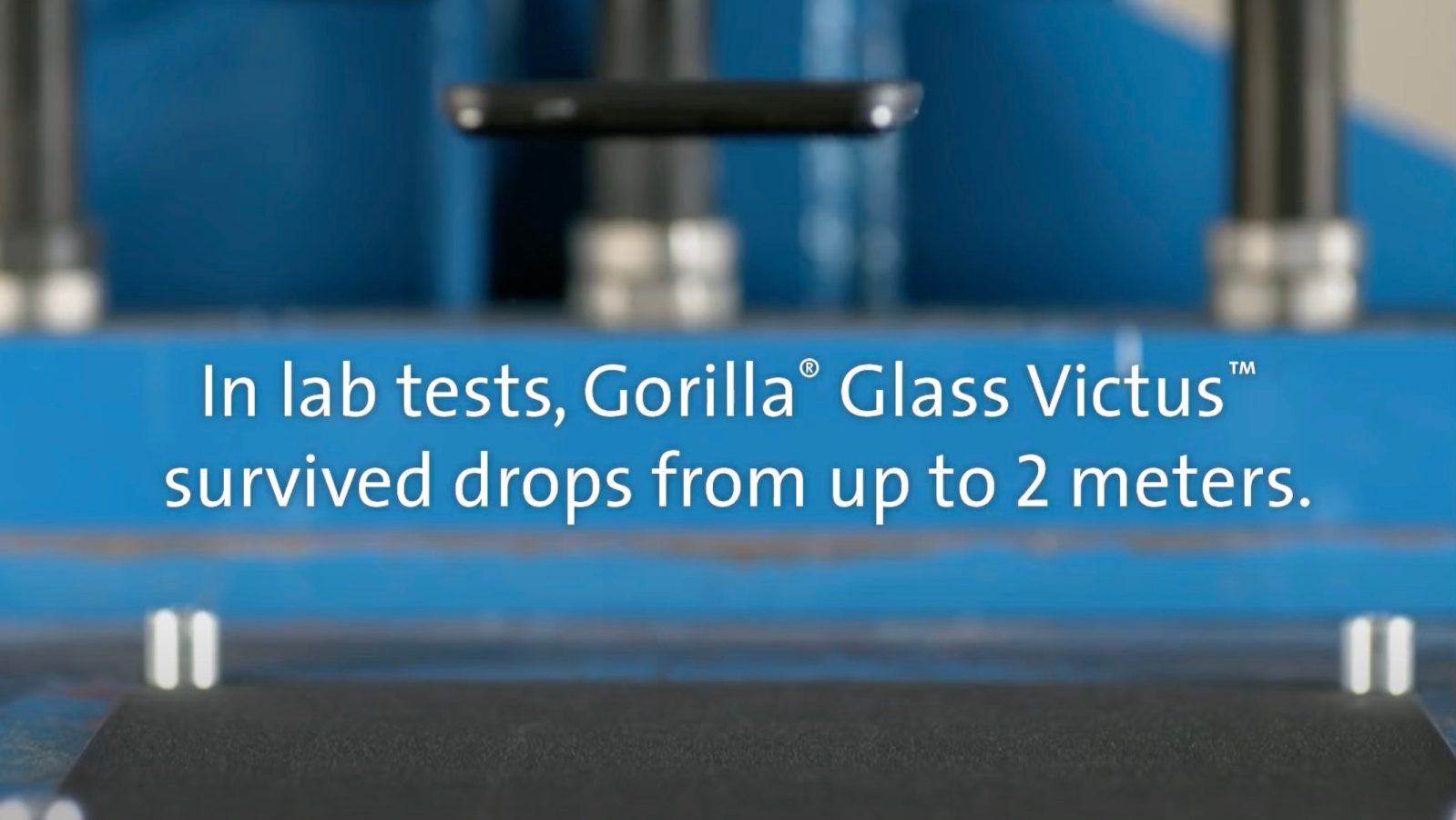 Corning has announced the latest version of its Gorilla Glass hardware today, promising improved protection against drops and scratches. Corning currently supplies glass for the iPhone, so it’s certainly possible that the new Gorilla Glass technology eventually makes its way to Apple products.

As reported by CNET, the next-generation Corning product is branded as Gorilla Glass Victus. The company promises that the glass will be able to withstand drops of up to two meters, improved from the current-gen promise of protection against drops of 1.6 meters. Victus can also survive 20 one-meter drops on average, whereas Gorilla Glass 6 survives 15 drops from one meter on average.

Additionally, Corning says that Gorilla Glass Victus will be twice as scratch-resistant as the current hardware. This is a key improvement because imperfections like scratches make the glass more susceptible to eventual cracks and shattering. Corning is also working on developing germ-fighting glass, but that technology is not a feature of Gorilla Glass Victus, according to CEO John Bayne.

Corning makes an antimicrobial glass solution for devices like laptops and ATMs. Bayne says the glass is currently being tested to see whether it protects against the novel coronavirus and that, if it does prove to be effective, phone makers could equip it on their devices as well.

Finally, Corning told The Verge that “at least one manufacturer realized that Victus is so much better than Gorilla Glass 6 that it’s opting to put a thinner layer of the new glass on its device instead of maximizing durability.” It’s unclear which manufacturer Corning is referring to, though.

Apple and Corning have a relatively close relationship, with Apple using a specialized version of Gorilla Glass on the iPhone. In 2017, Apple invested $200 million in Corning as part of its Advanced Manufacturing Fund. Last year, Apple doubled down on that investment by pouring an additional $250 million into the glass supplier.

Corning is teasing its new Gorilla Glass Victus hardware with the below video: