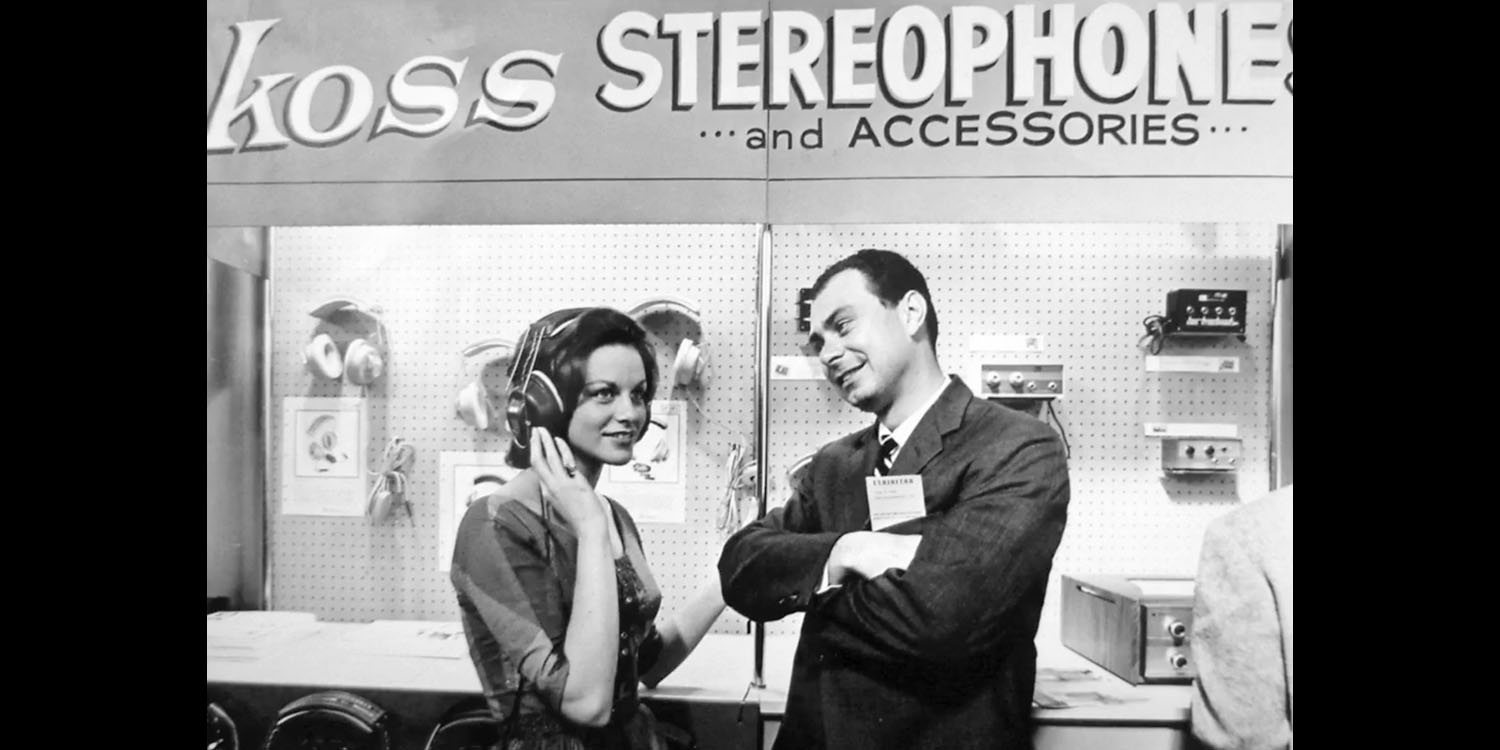 Much of the court filing reads like an extended ad for the company’s achievements, and the specific claims suggest that the company is making a rather ambitious play …

In 1958, John C. Koss invented the world’s first SP/3 Stereophone as part of a “private listening system” that would enable the wearer to listen to a phonograph without disturbing others in the vicinity.

The SP/3 Stereophone provided, for the first time, a high-quality stereophonic headphone that approximated the sounds of a concert hall.

John C. Koss demonstrated the SP/3 Stereophone at a Wisconsin audio show in 1958. Initially designed to demonstrate the high-fidelity stereo sound that a portable phonograph player delivered, these revolutionary SP/3 Stereophones became the hit of the show.

The SP/3 Stereophone has since been enshrined in the Smithsonian Museum’s collection in Washington, DC, with John C. Koss delivering the SP/3 for enshrinement along with an explanation of the story of the SP/3 in 1972.

Koss goes on to claim that it invented wireless headphones in general, and true wireless in-ear ones in particular.

Koss developed prototype in-ear headphones that relied on its chip development efforts, with working prototypes from the mid-2000s looking very much like commonly-known consumer products that flood the market a decade-and-a-half later.

The company also says it ‘developed (though ultimately did not market) a smart speaker’ which included voice control of devices like lights.

Apple, it says, made a ‘late foray into the wireless headphone space.’

The first of the five specific claims appears to be arguing that Apple infringed a Koss patent on the underlying technology behind any wireless headphones.

The ’025 Patent generally describes wireless earphones that comprise a transceiver circuit for receiving streaming audio from a data source, such as a digital audio player or a computer, over a wireless network […]

The Accused Headphones have no substantial non-infringing uses.

Moreover, it says Apple was aware of Koss’s patents, and met several times to discuss them, before deciding not to license any of the company’s technology.

Koss is claiming an unspecified amount ‘that compensates it for such infringement, which by law cannot be less than a reasonable royalty, together with interest and costs.’

The case could be an interesting one. Koss is no patent troll (a company which buys other people’s patents with the specific intention of using them to make infringement claims): the company did invent the technology itself, and is an acknowledged pioneer in the field, from those first-ever stereo headphones onwards. It remains a respected audio company today.

However, it’s a fundamental principle of patent law that you can only patent the ‘how’ rather than the ‘what,’ so it would seem a stretch to claim that any wireless headphones infringe its patents. It’s also likely that Koss picked Apple, rather than another headphone maker, as a high-profile target with deep pockets, so it could be argued that the firm is acting in a rather troll-like fashion.

You can read the full complaint here.