iOS 14 Diary: My iPadOS 14 review is more positive than I thought it would be 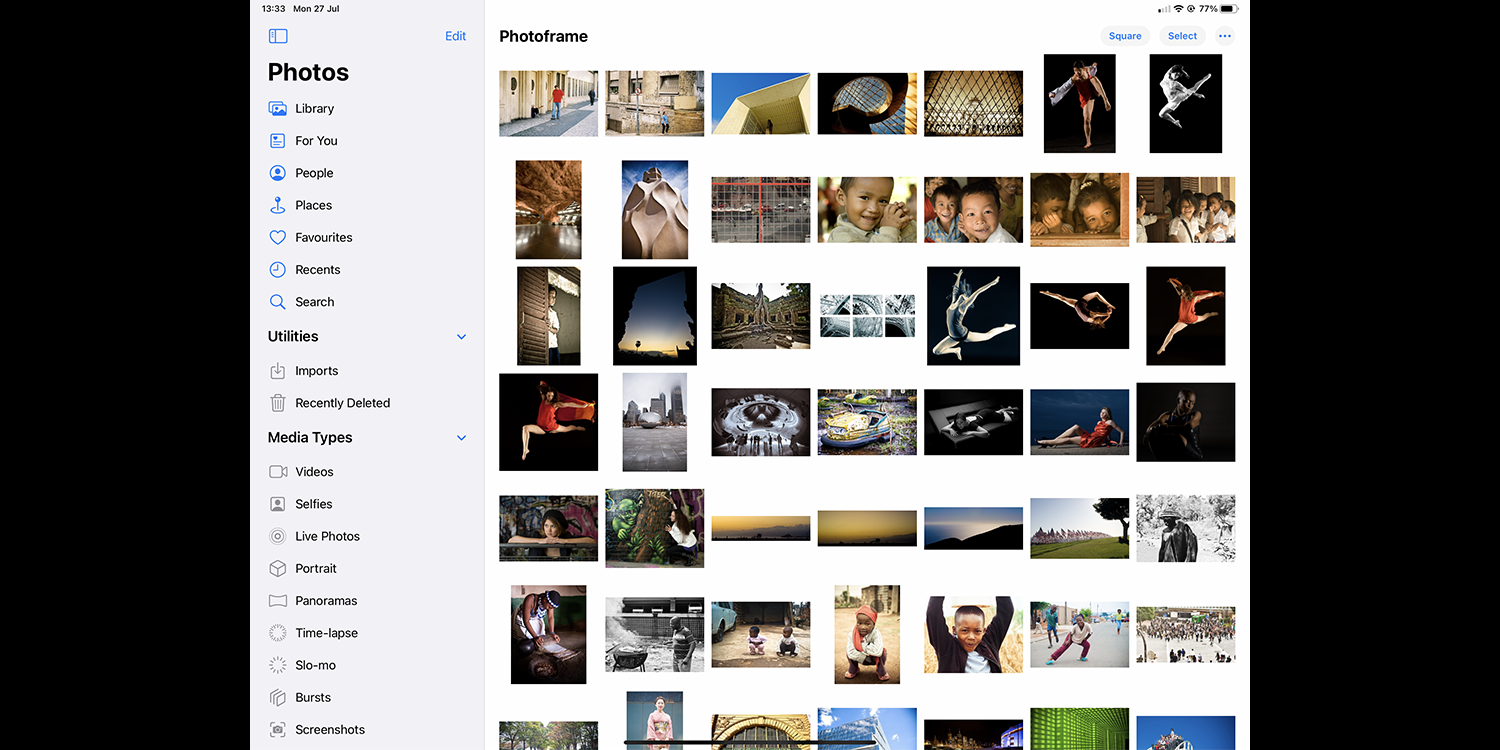 This piece, my iPadOS 14 review as of public beta 3, changed as I wrote it. What I expected to write as the final part of my iOS 14 Diary is that it’s all a bit underwhelming.

In a sense, I still think that. Apple’s keynote presentation was full of pizzaz, while the reality is much more prosaic. iPadOS 14 is very much an incremental update rather than a revolutionary one, and I still think Apple is a very long way short of taking full advantage of the capabilities of the hardware.

But as I mapped out the changes I like, I realized that though they may be individually rather small, most of them make a surprisingly big difference. Take all of them into account, and I think it’s a solid and welcome update, with five notable upgrades…

Photos, Music, and File apps all now have a sidebar. This makes them dramatically easier to use. It makes them feel much more like Mac apps.

In the Photos app seen above, for example, it’s so much easier to filter the photos you want. It’s a similar story in Files, where I can drag my most-accessed folders into the Favorites section of the sidebar for more convenient access.

In the Music app, it’s great being able to have fast access to my playlists from the sidebar, again making it feel very Mac-like.

In Safari, the inclusion of favicons in the tabs is a small change that makes a big difference. When you have lots of tabs open, it makes it much faster to find the one you want.

I also like the improved search functionality. Again, this is much more Mac-like.

One thing I especially like is that it prioritizes apps. In this example, typing “tran” resulted in the autocomplete suggestion of Google Translate, and I could immediately hit return on the Magic Keyboard to open the app.

In general, I’ve found the search functionality to be more intelligent and more personalized.

Next up, Scribble. I honestly didn’t even expect this to be part of my iPadOS 14 review. I haven’t handwritten anything more than the occasional greetings card in decades, so I have the worst handwriting of anyone on the planet. I knew that would make Scribble’s handwriting recognition a non-starter for me.

All the same, I have to take my hat off to it. It really did an amazingly impressive job of figuring out my scrawl. It’s just that I type faster than I write anyway, and the errors are numerous enough that it would still work out slower if that weren’t the case.

Trying to handwrite into the Safari search bar, for example. After about a dozen attempts, this was the closest it ever got:

But the shapes are another thing altogether!

As I’ve noted before, I absolutely cannot draw. I’m doing well if I can get something that looks vaguely square-like; my triangles are… artistic; and let’s not even discuss my attempts to draw circles. But when I simply draw my very vague approximation of a shape and then pause after I join the two ends, iPadOS 14 neatly converts my rough-and-ready versions into real shapes.

This is, for me, groundbreaking. The Apple Pencil used to be entirely irrelevant to me: I can’t handwrite and I can’t draw. I did eventually come up with a very vague excuse to buy one, but it was a stretch.

However, this feature means that the Apple Pencil is genuine useful to me. We’re currently planning some apartment remodeling (yes, more). This is because our kitchen was seemingly designed by someone who has never actually cooked anything. As a small illustrative example, the cooker is at one end of the kitchen while the only drawer units — the place where one would store cooking utensils — are at the opposite end. Being able to sketch out ideas on the iPad, and have them be recognizable, is huge.

Thanks to Scribble, my iPad finally lives up to one of its claims, even for those of us who can’t draw: it makes a great sketch pad.

The more compact UI for phone calls (I have these set to alert me on all my Apple devices) and Siri is simply a relief. The full-screen takeover that was silly on the iPhone was just ridiculous on an iPad screen.

Finally, widgets are my only real complaint about iPadOS 14. Unlike the iPhone, where you can have widgets anywhere you like on the screen, the iPad limits them to the sidebar.

Of course, I appreciate that widgets are a tougher challenge on the iPad, as the Home screen can be viewed in either portrait or landscape orientation. Finding a way to resolve that without messing up the layout would not be easy. Still, I can’t believe that it’s beyond the wit of Apple’s UI designers to figure out an elegant solution.

Moreover, the new-style widgets always sit above old-style ones, so I couldn’t drag my favorites to the top. I had to remove all but the Smart Stack to have both Dark Sky and the Guardian always visible.

But this is a beta. There are as yet very few new-style widgets available, even for Apple’s own apps. I’m very much hoping that iOS 14 will bring new life to widgets, and spur more third-party developers into supporting them. And, who knows, perhaps we’ll eventually get free-form placement by the time iPadOS 14 comes out of beta.

I’d very much hoped the first major update since iPadOS split from iOS would tackle the awful clunkiness that is iPad multitasking. It doesn’t.

It’s also true to say that it doesn’t really live up to Apple’s hype. The differences are relatively small ones, given the potential of the platform. My advice to anyone who hasn’t yet made the switch is to manage your expectations.

But having lived with it for a fortnight, those small differences do add up. It’s not a dramatic improvement over iPadOS 13, but it’s a worthwhile one. I don’t love iPadOS 14, but I do like it.

That’s my iPadOS 14 review; how about yours? Please take our poll, and share your thoughts and experiences in the comments below.