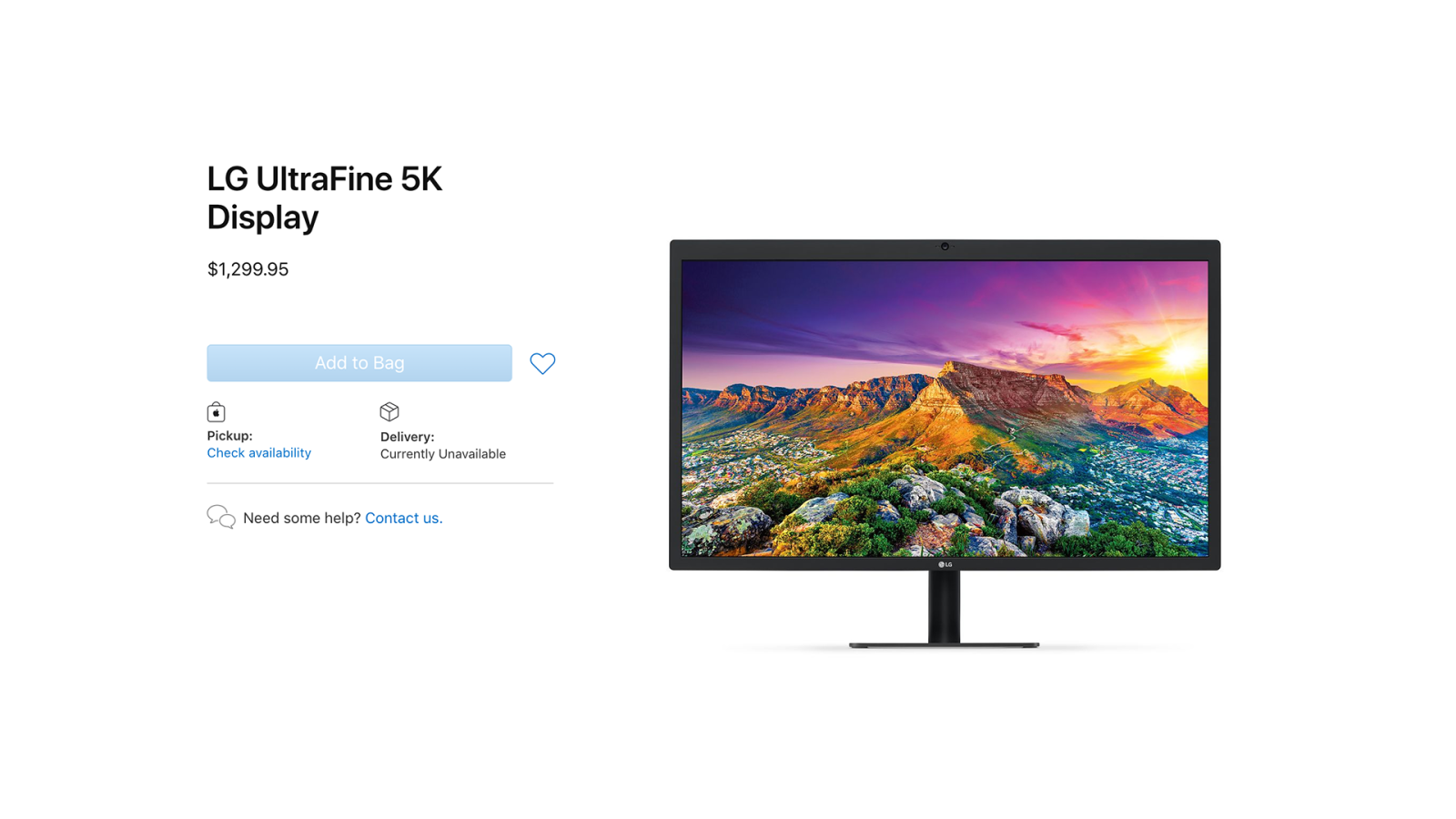 The LG UltraFine 5K Display is no longer available from the Apple Store — at least for now. The LG 5K monitor that was designed in partnership with Apple to support all features of macOS is now listed as “Currently Unavailable” on Apple’s website, following a considerable shipping estimate a few days ago.

We have verified Apple’s website from different countries, including the United States, Canada, the United Kingdom, and Brazil, and in all of these, the LG UltraFine 5K Display is not available.

Apple doesn’t clarify whether the unavailability is temporary due to a new model arriving or supply constraints. The same thing happened last year, with LG UltraFine 5K disappearing from Apple Stores in May. Two months later, LG announced a new generation of the monitor — which is the model that was being sold until now.

Now with Pro Display XDR, Apple could simply remove the LG monitor from its stores. But since the LG UltraFine 5K Display is still listed in the Apple Online Store, that’s less likely. However, it’s hard to imagine that Apple will continue to work with LG to launch a new monitor.

The most plausible scenario is that LG is facing supply problems just like most hardware companies this year. With the COVID-19 pandemic, many factories have been forced to reduce their production. At the same time, people are buying more computers and accessories to work from home.

Although it has a questionable design, the LG UltraFine 5K Display features a 27-inch screen with 5K resolution, just like the iMac. It also supports P3 wide color gamut and Thunderbolt 3 connection with three USB-C ports that operate as a hub. The LG UltraFine 5K Display was priced at $1,299.95 — which is considerably less than the $4,999.00 Apple’s Pro XDR Display.

There are some speculations as to whether Apple should release a more affordable model of the Pro Display XDR, as now users who don’t need a super expensive monitor depend on third-party options. At the same time, the end of the LG UltraFine 5K Display at this point would mean that Mac users will no longer have an Apple-certified alternative.