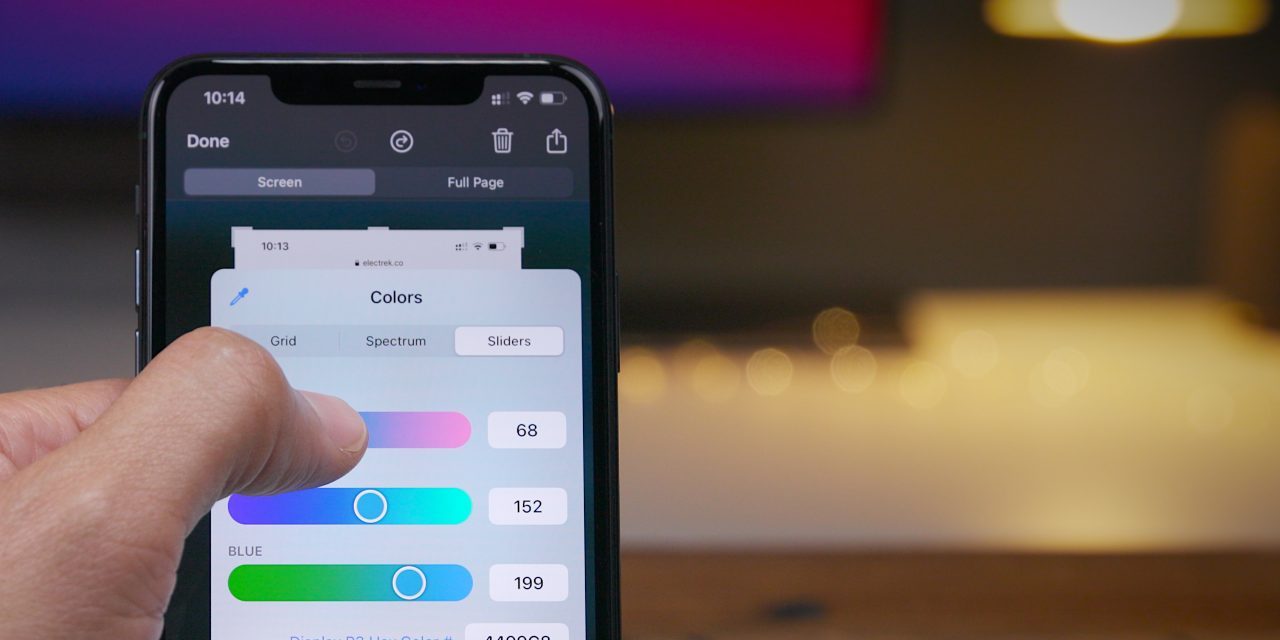 The iOS 14 beta comes with no shortage of high profile changes and features, but there are also quite a few hidden elements that help make up our list of the top iOS 14 sleeper features.

Needless to day, iOS 14 is loaded with tons of big standout features like the compact call interface, App Library, and Widgets, but there are many hidden iOS 14 features that deserve recognition as well. In this hands-on video walkthrough, we’ll explore 10 of our favorite iOS 14 sleeper features.

The markup tool in iOS 14 gains quite a few enhancements that make it feel more akin to the color toolsets available in macOS. Most notably, the markup utility gains a new eyedropper tool for sampling color of anything displayed on-screen.

The eyedropper tool, combined with the new ability to save favorite colors, are great new additions to the iOS 14 markup tool. Both can help speed up workflows and enhance creative capabilities across various apps.

But those aren’t the only new additions to markup in iOS 14. There’s also new spectrum and sliders color selection tabs that add even more fine-grained color capabilities iOS markup.

A new back tap feature nestled deep within iOS 14’s Accessibility settings was all the rage on day one of the iOS 14 beta rollout to developers. The back tap feature works just like it sounds, and allows you to execute actions on your iPhone simply by double or triple-tapping the back of your iPhone. 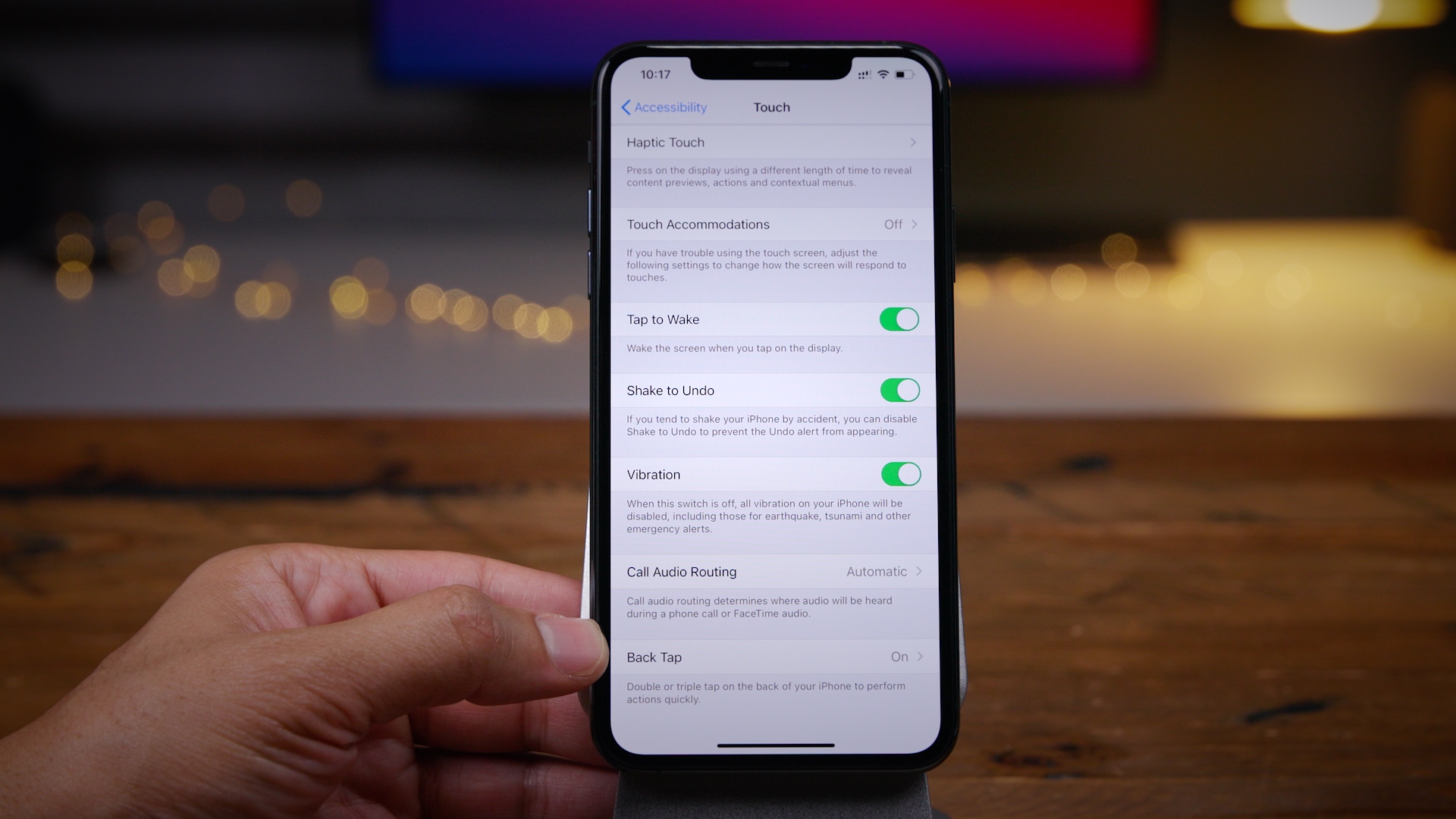 The back tap accessibility shortcut joins a host of other shortcuts available on iOS that can perform all sorts of functions. And with the availability of more powerful shortcuts and automation found within the stock Shortcuts app, you can do impressive things like turn on a light, or lock your door by double-tapping the back of your iPhone. 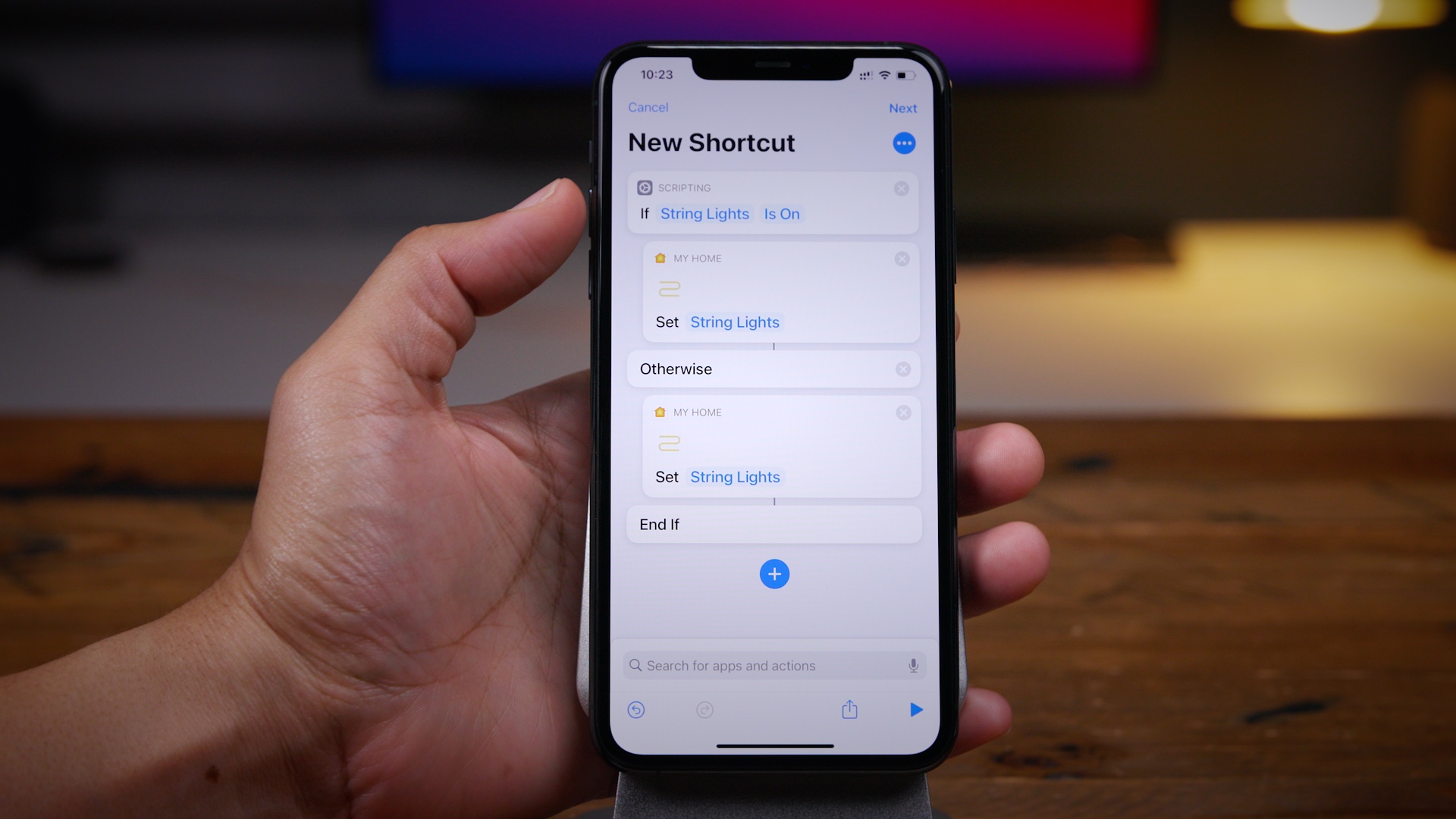 Back tap hasn’t been perfected in the betas thus far, as it remains a tad too sensitive, which results in executing actions when you didn’t mean to. But this is a beta period, and hopefully, Apple will be able to tone down the sensitivity of back tap in subsequent betas.

If you venture into the settings for the stock Camera app in iOS 14, you’ll find a new option that allows you to mirror selfie photos taken with the front-facing camera. This option, which does exactly what it states, reflects the front camera preview for a what-you-see-is-what-you-get end result. 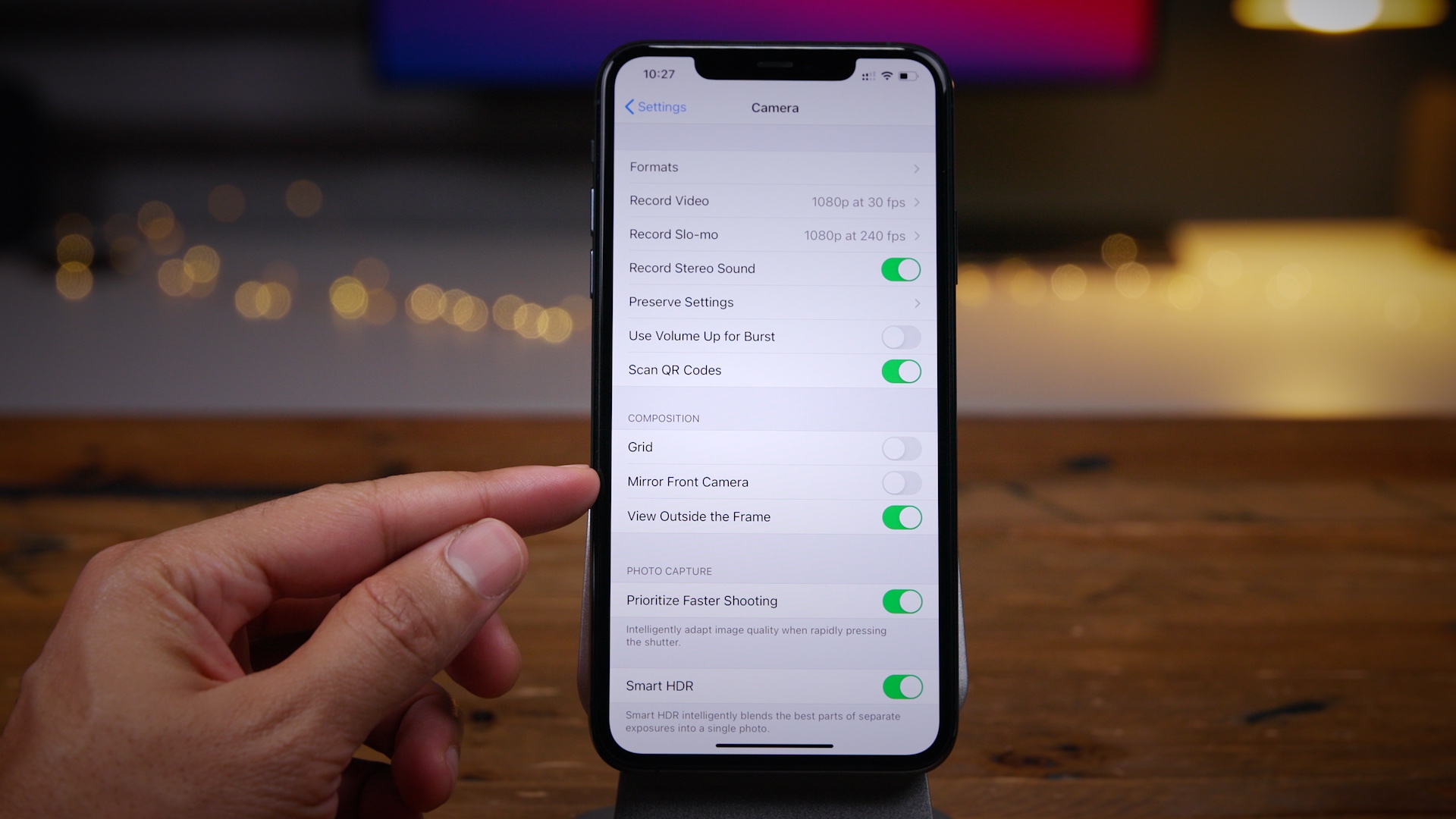 The Notes app is a reliable word processing and note-taking tool that I use on a regular basis. Over the years the app has gained more formatting features that help make notes easier to lay out and read, and this latest beta is no exception to that trend. In iOS 14 you can now long-press on the Format button to reveal a new quick styles popup menu for quickly applying formats to your text. 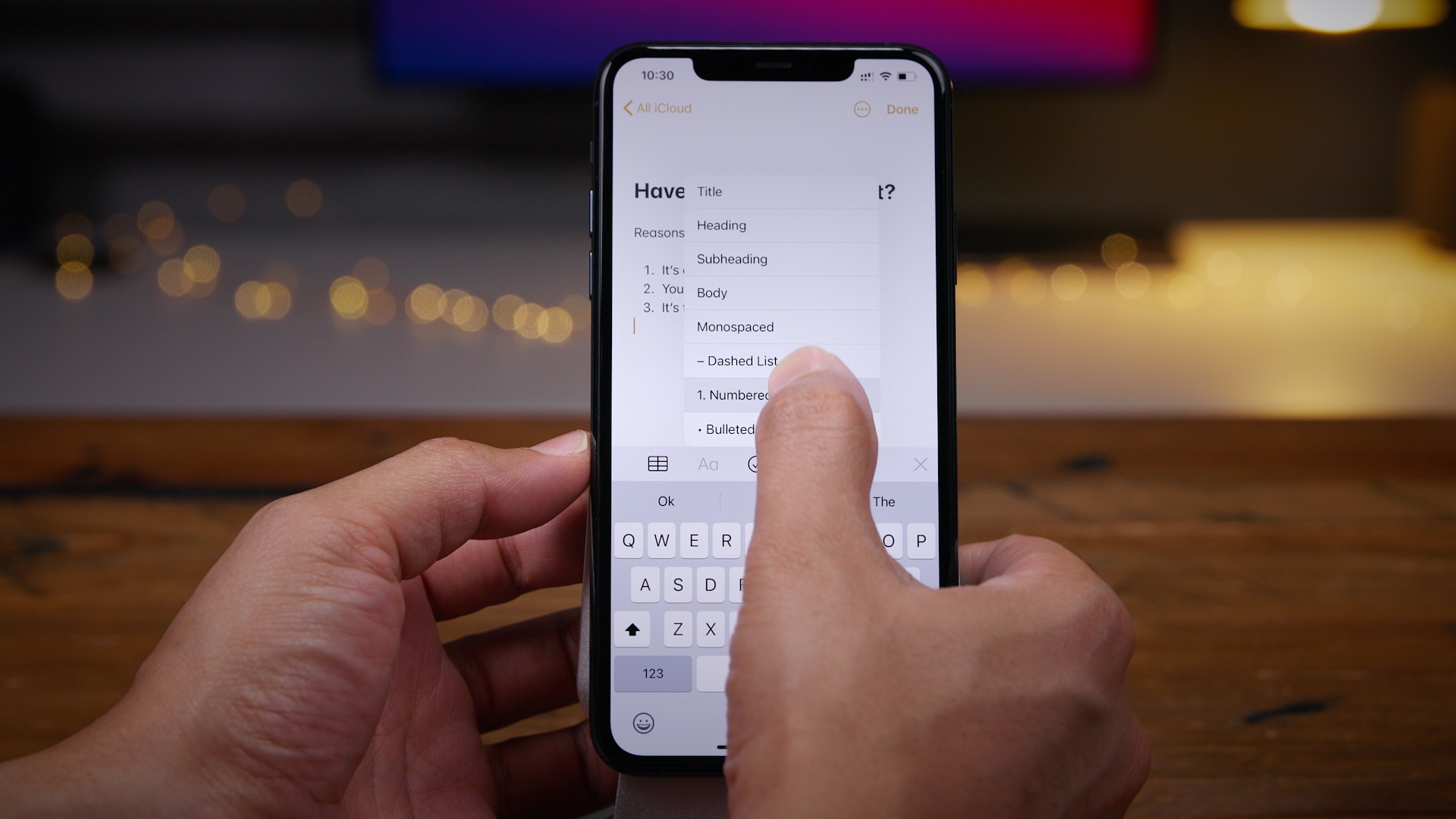 Want an alternative way to prove to a potential buyer that your iPhone is unlocked? A new Carrier Lock info pane within Settings → General → About makes it easy to see the status of your iPhone’s carrier relationship. 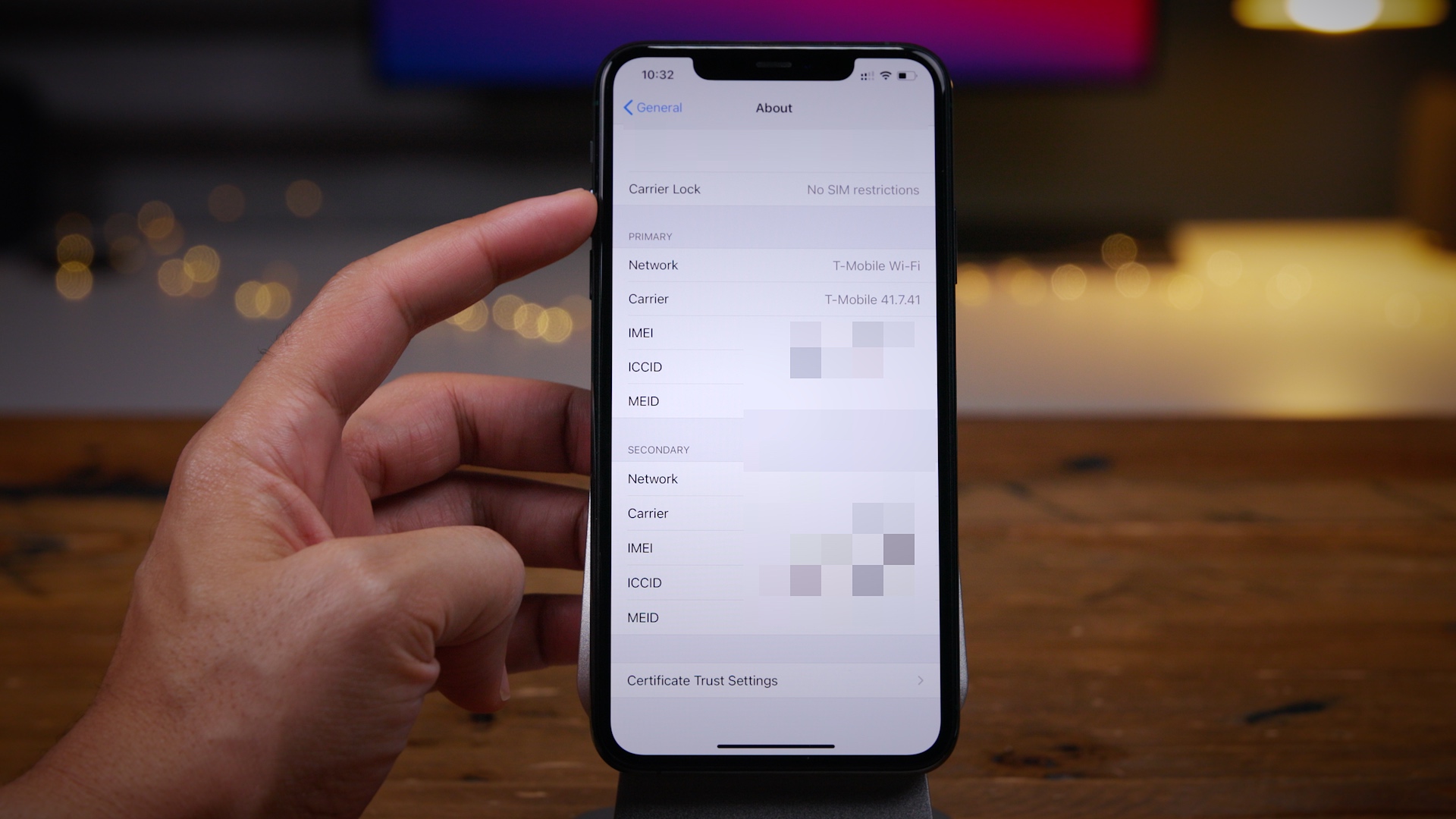 iOS 14 features lots of new privacy and security enhancements, such as the ability to provide apps with an approximate location instead of an exact location. But one of the smaller under-the-radar features is the new ability to enable private Wi-Fi connections that won’t broadcast your device’s real MAC address. This can help to reduce tracking of your iPhone and its related activity while connected to Wi-Fi. 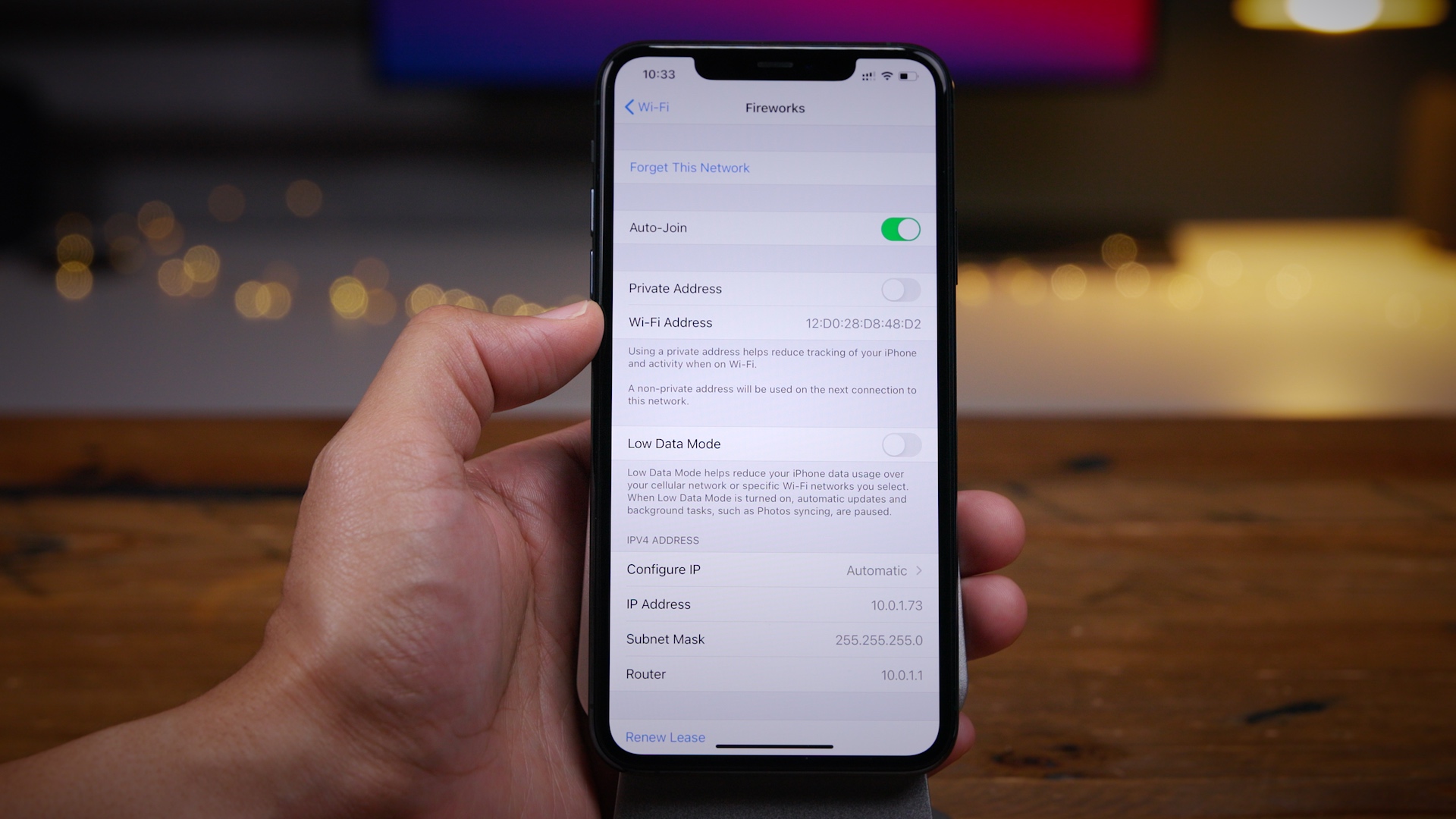 Spotlight gains the Mac-like ability to quickly launch websites and apps in iOS 14. Simply launch Spotlight, type a few characters of your favorite app or website, and utilize the Go button on the resulting search result via the software keyboard. 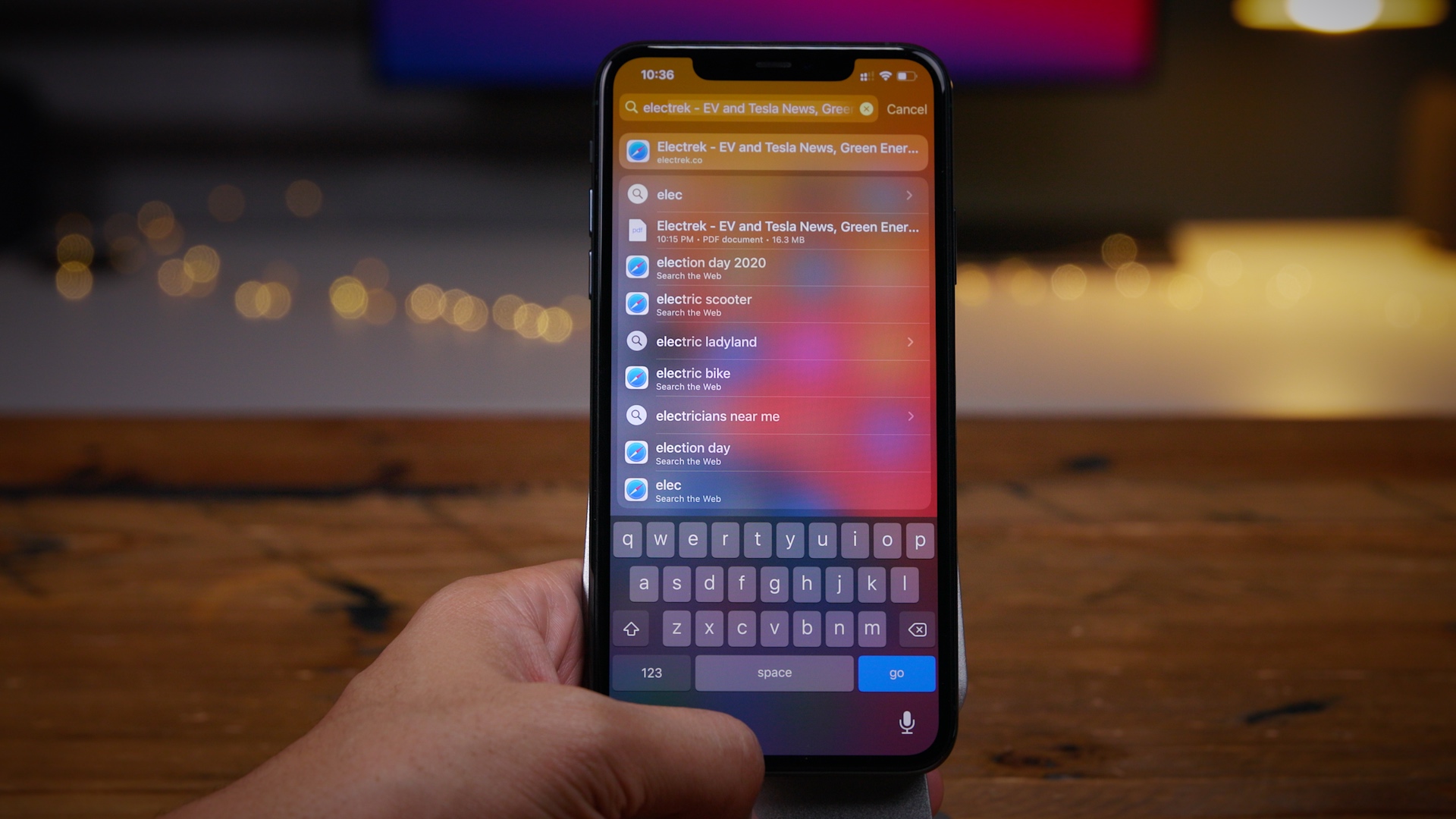 If you find yourself deep within the Settings app, you’ll likely find iOS 14’s new enhanced back button to be useful. Simply long-press on the back button in the upper left-hand corner, and you’ll be presented with a full hierarchy of the Settings app relative to your specific location. 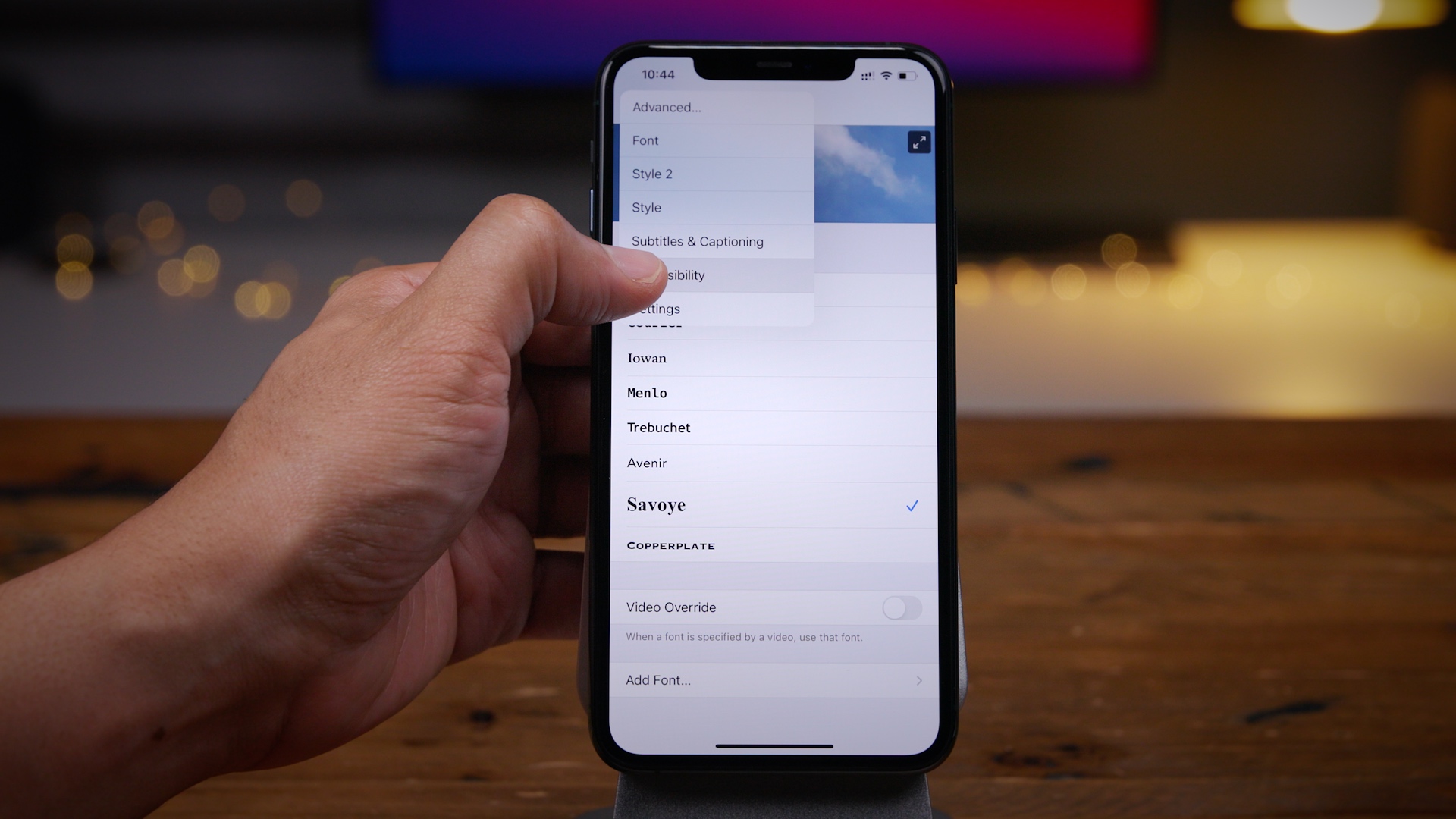 Although it could use some refinement, the ability to select the photos being shared with third-party applications, instead of providing full unadulterated access to your entire photo library, is a much-needed privacy enhancement included in iOS 14. I just wished that it allowed you to select entire folders instead of having to select individual photos. Hopefully, such a refinement will be added in upcoming versions of the beta. 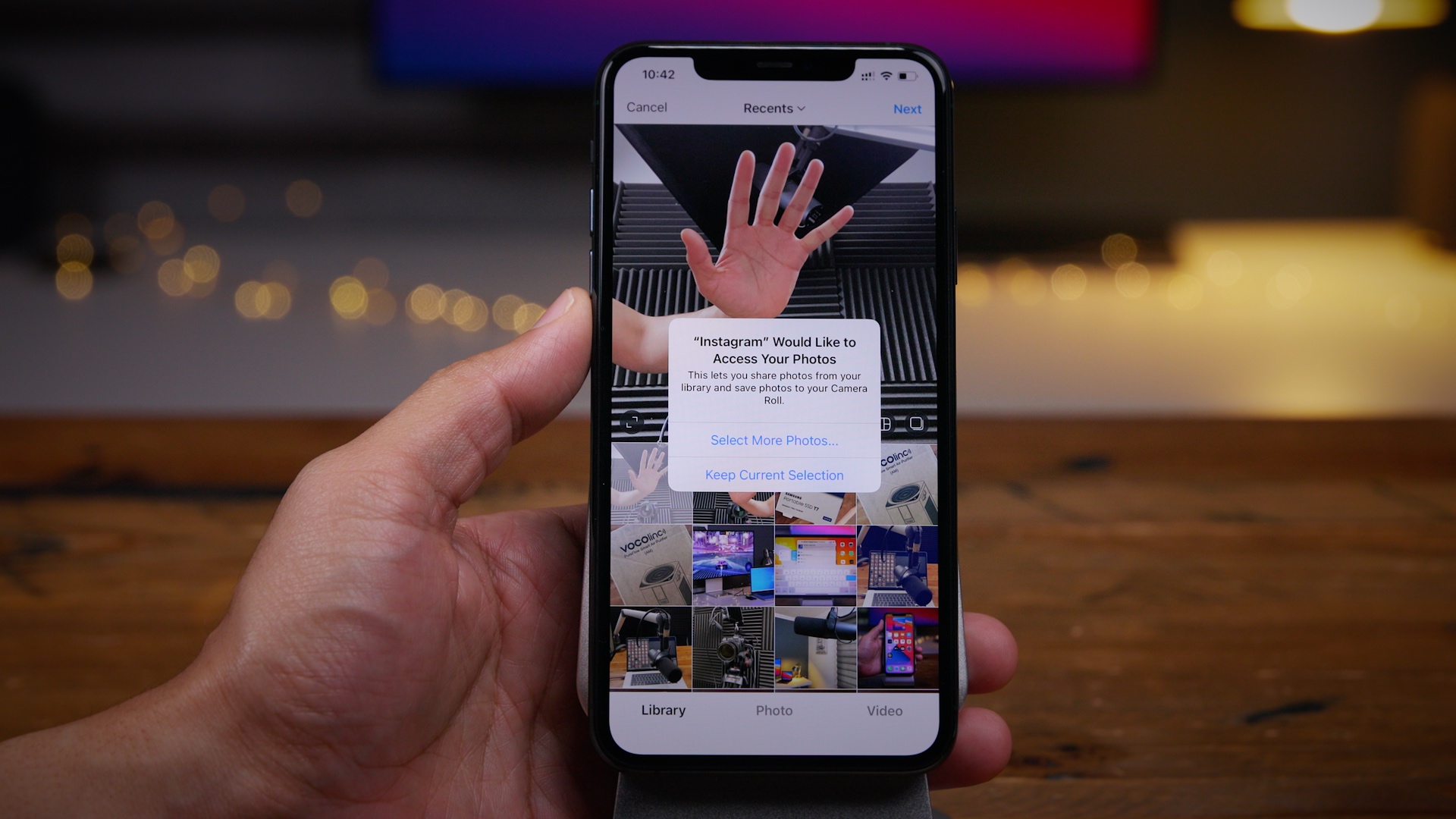 Webpage translation is a feature that Safari on all of Apple’s major platforms has been sorely missing up until this year. As with iPadOS 14, and macOS Big Sur, Safari now includes the ability to natively translate foreign language websites in iOS 14. In previous versions of iOS, you’d need to utilize a Safari extension or a third-party browser to translate webpages. 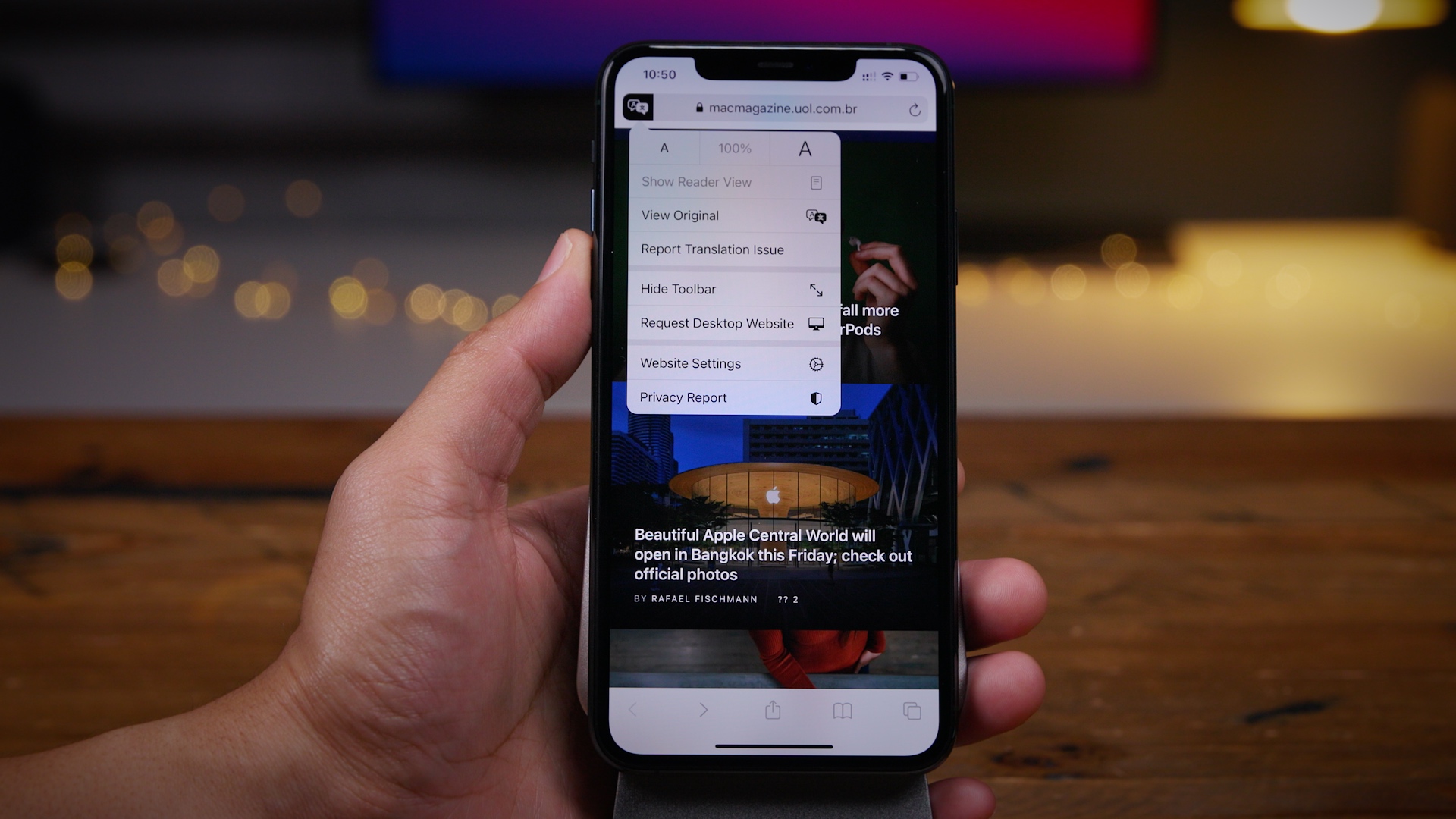 As we noted at the outset, iOS 14 is filled to the brim with all sorts of outstanding new features and changes. But sometimes the low key under-the-radar features make a big difference as well.

What is your favorite sleeper feature in iOS 14? Is there a feature that didn’t appear on this list that you think should have been included? Sound off in the comments below with your thoughts.