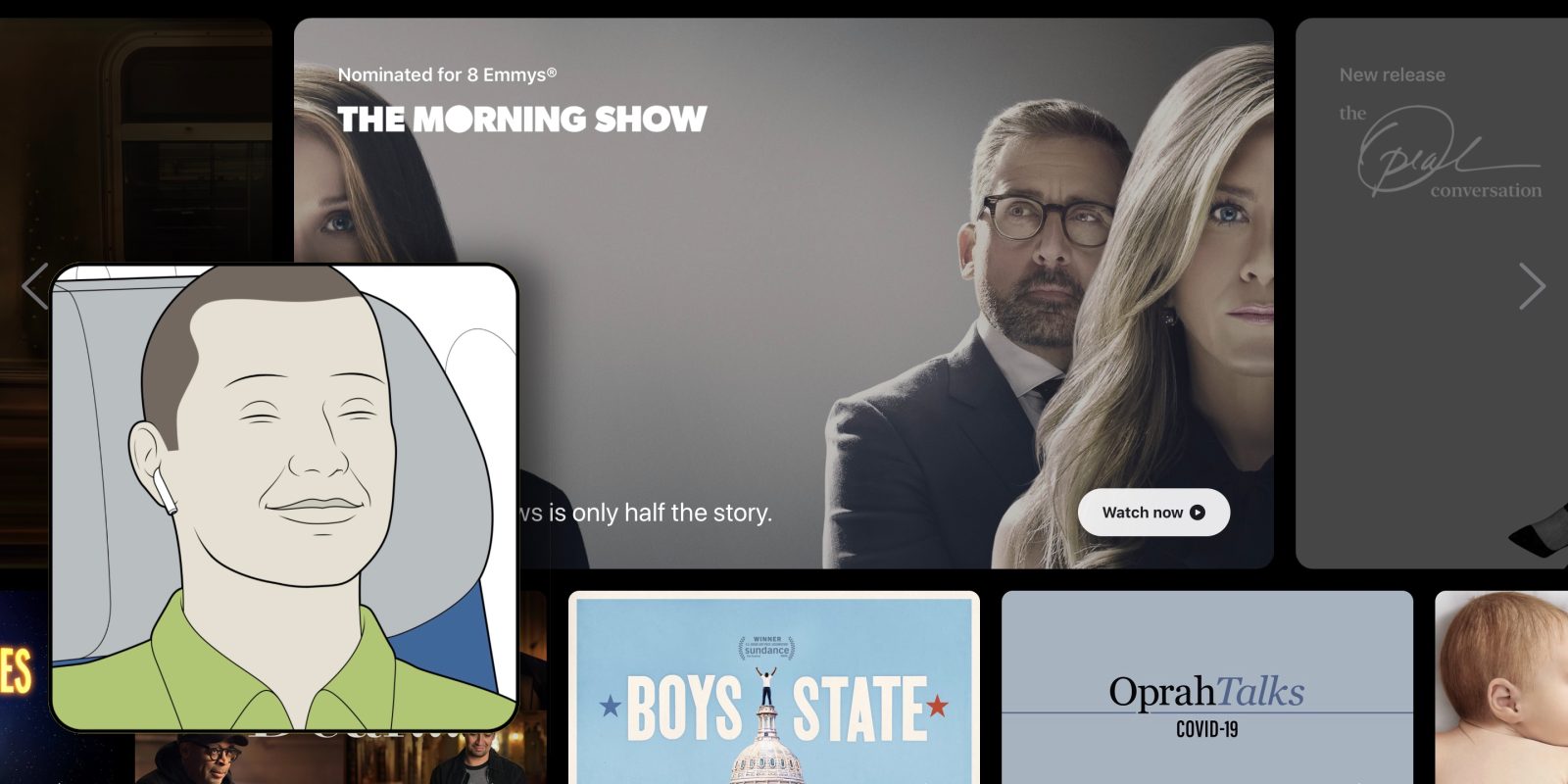 Apple TV+ is now available on American Airlines for free. The airline and Apple are partnering to give customers more options for passing the time whilst in the air.

As first reported by The Points Guy, Apple TV+ content is now available on American Airline entertainment systems. The exact roster of shows varies per flight, and American Airlines will mix up the offerings every few months, but it currently includes Apple’s flagship originals like The Morning Show and Defending Jacob.

Apple previously partnered with American Airlines to offer free streaming of Apple Music on domestic flights. In that case, the user still needed to have an Apple Music subscription, it was just the WiFi access that was free. (Free onboard Wi-Fi streaming of Apple TV+ is now included as part of that deal too.)

TV+ shows will be included in the onboard entertainment systems of the planes and available for anyone to watch, no subscription or account required.

However, complete seasons will not necessarily be available. The company is currently screening only the first two episodes of The Morning Show on the planes, for instance.

This is beneficial to Apple as it helps to promote its slate of originals. Flyers may get hooked on an Apple TV+ show whilst in the air, and then later want to start a subscription to finish the show.