Today at Apple returns to Apple Stores in mainland China 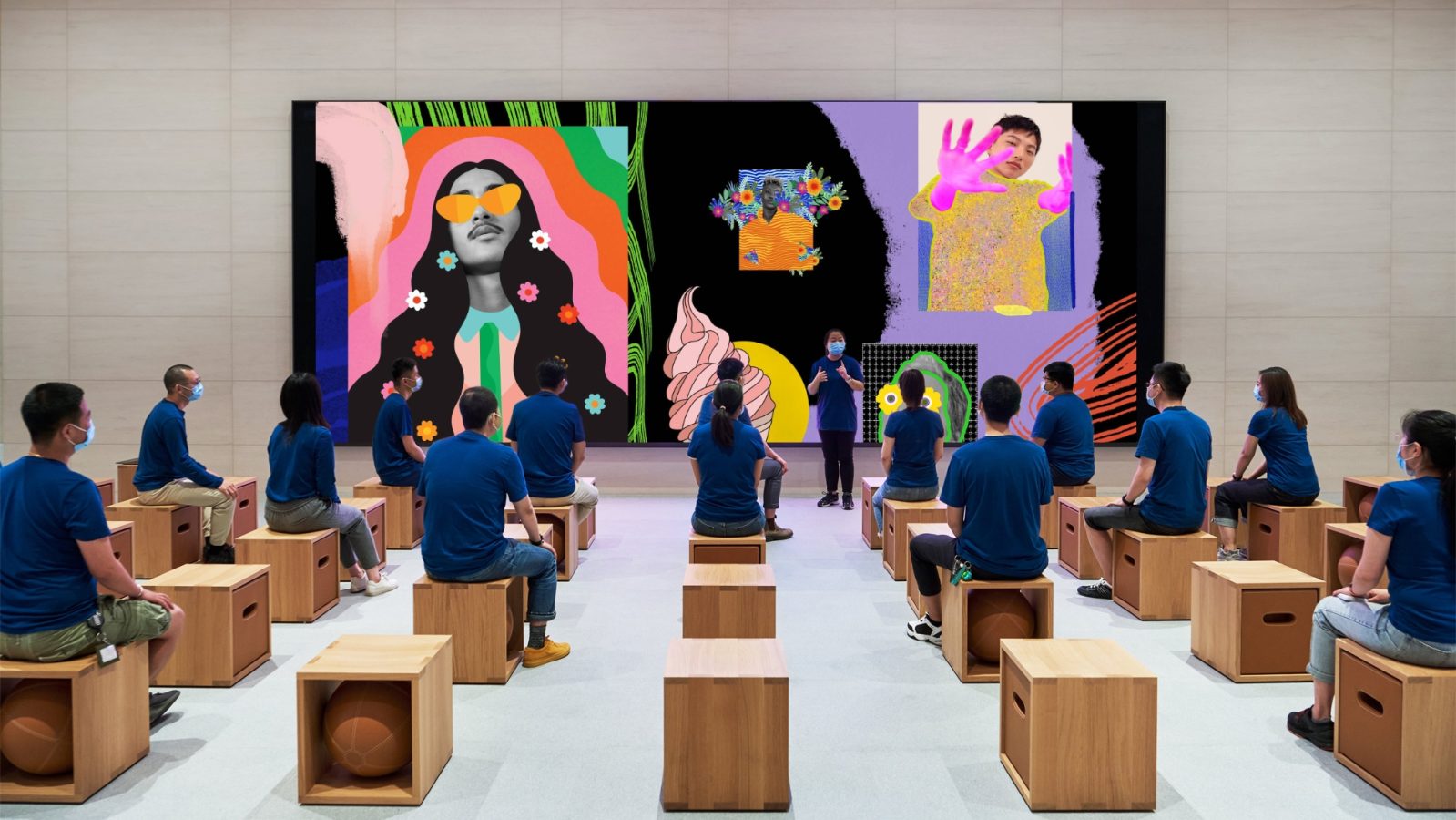 Apple’s in-store creative sessions are coming back to life in mainland China after being paused due to COVID-19. Today at Apple is scheduled to resume at nine stores across the country on August 3.

The new Today at Apple calendar for China is lighter and simpler than before, with a maximum of three sessions per day scheduled for each store. Sessions requiring headphones and community-based Walks are absent from the lineup in favor of photography and art sessions where physical distancing and cleanliness are easier to maintain. Labs and Performances by local artists that often draw crowds will not resume yet.

In addition to the standard temperature checks and hand sanitizer at all Apple Stores, Apple says it will disinfect equipment used after each session. At most locations, cube seating in the Forum has been reduced and placed at least 1 meter apart. Sessions may have a lower maximum attendance as a result.

The following nine of mainland China’s 42 Apple Stores resume Today at Apple on August 3. All nine locations feature Apple’s latest design with a video wall, where sessions are easier held than in classic stores around a smaller Forum Display:

Apple Stores in mainland China were the first impacted by COVID-19, closing entirely by February 1 and reopening again by March 12. Even after stores reopened, Today at Apple sessions remained paused around the world as store teams focused on Genius Support and adjusted to new health and safety guidelines that made community events difficult or impossible.

Only at Apple’s two stores in Taiwan, which never closed, have sessions continued uninterrupted this year. Today at Apple has also resumed at Macao’s two Apple Stores but will not yet return to Hong Kong, which is grappling with new COVID-19 outbreaks. Some locations instead offer informal and unscheduled Today at Apple Demos for customers passing by.

With nearly half of Apple Stores in the US reclosed due to a resurgence in virus cases, Today at Apple will likely stay virtual in the US for quite some time. In the meantime, you can check out Today at Apple at Home. Follow along on Twitter for daily Apple Store news.