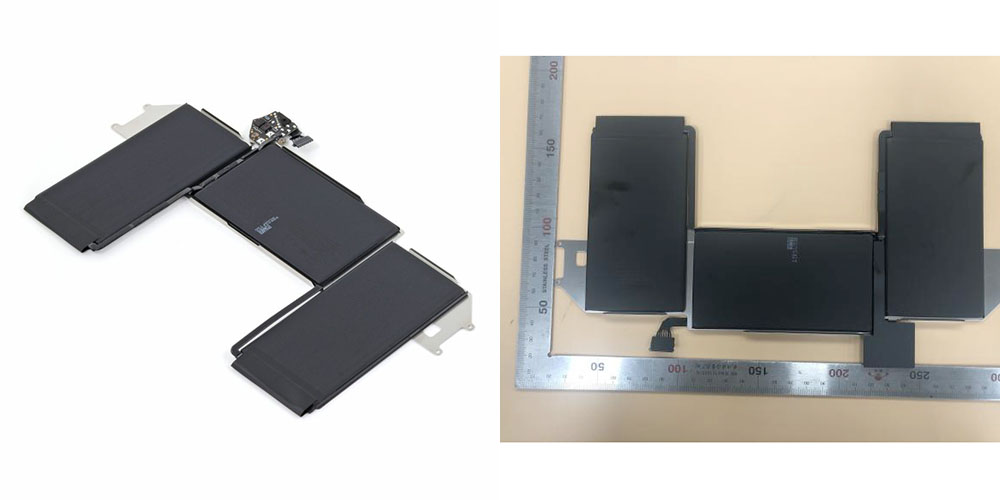 An Apple battery has received a safety certification in South Korea, and the design and specs suggest that it’s destined for a future 13-inch MacBook Air model. One possibility is that the battery is for the first ARM MacBook Air.

The battery certification was spotted by @yabhishekhd and reported by 91mobiles.

A MacBook Air battery with model number A2389 has received the Safety Korea certification this week. The same battery model with a capacity of 4,380mAh was spotted a few days ago on 3C and UL Demko certifications. At the time, the battery was speculated to be for the MacBook rather than an iPhone or iPad due to the voltage. Now, live image of the battery on the Safety Korea site confirms that it is indeed for an upcoming MacBook Air.

The battery specs are listed as 11.39V, 49.9W with a capacity of 4380mAh. This is a good match for the one in the 2020 MacBook Air, which appears confirmed by the extremely close visual resemblance seen above.

Of course, there’s no way to know whether the MacBook Air in question will be an Intel or ARM model.

The MacBook Air was last updated in March, with the new scissor-switch keyboard and the base model finally being updated to a 256GB SSD, along with a significant performance boost. Given that Apple isn’t known for frequent updates to the Air, a new ARM model in the spring of 2021 seems at least possible, and perhaps likely.

Although the battery is near-identical to the one in the existing MacBook Air, an ARM processor should be significantly more power-efficient, so we can expect battery-life to get a notable boost.

What else Apple plans to change in its ARM Macs is as yet unknown, though a visual refresh seems likely to draw attention to the new generation of machines. Internally, Apple may not need to change too much: in our hands-on, we found it to be a very capable machine for most needs, so the better performance and longer battery-life we can expect from Apple Silicon would make it an extremely appealing proposition.

Everything about the MacBook Air is nearly perfect for people who need a machine that just works. It doesn’t feature some of the bells and whistles you’ll find on higher-end laptops offered by Apple, but it gets the basics, the sheer fundamentals of what makes a laptop good, just right.

As I stated at the outset, I purposely opted for the entry-level $999 “working-man’s edition,” because I wanted to try the cheapest Mac computer that Apple currently sells to see how it performed. Although intense 4K video editing will mightily struggle on such a machine given its CPU and memory specs, I find that it’s a great everyday machine for doing the grunt work — writing, researching, composing, planning — you know, the stuff that lies beneath the surface of what makes many jobs click.