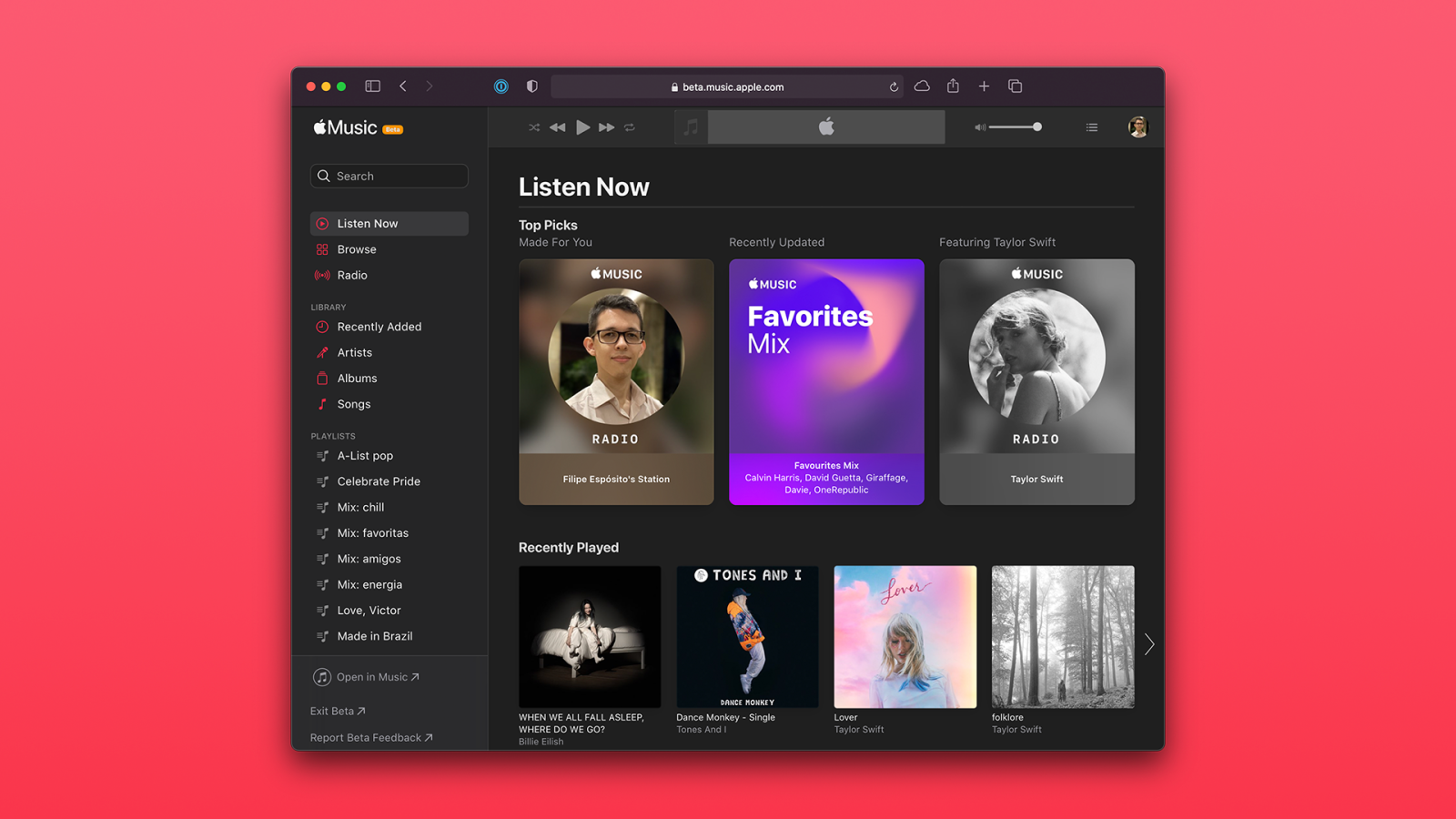 The Listen Now tab was introduced to Apple Music with iOS 14 and Big Sur macOS to replace the For You tab. With Listen Now, Apple once again tries to offer better song, album, and playlist suggestions to Apple Music subscribers.

This tab is constantly updated with new suggestions based on your favorite songs and also on what you’ve been recently listening to on Apple Music. You can find suggestions curated by genre, artists, new releases, and more.

In addition to Listen Now, the beta version of the Apple Music website now features a refreshed design to reflect the changes made to the Music app on iOS 14 and macOS Big Sur. The sidebar icons are all highlighted in red and the Mix playlists have been updated with new animated artworks.

Unfortunately, Apple Music Web still lacks important features such as the ability to edit playlists and song lyrics. Despite that, the Apple Music website is a convenient alternative to access Apple Music on other devices without the Music app or iTunes.

You can read more about what’s new on Apple Music for iOS 14 users here on 9to5Mac.