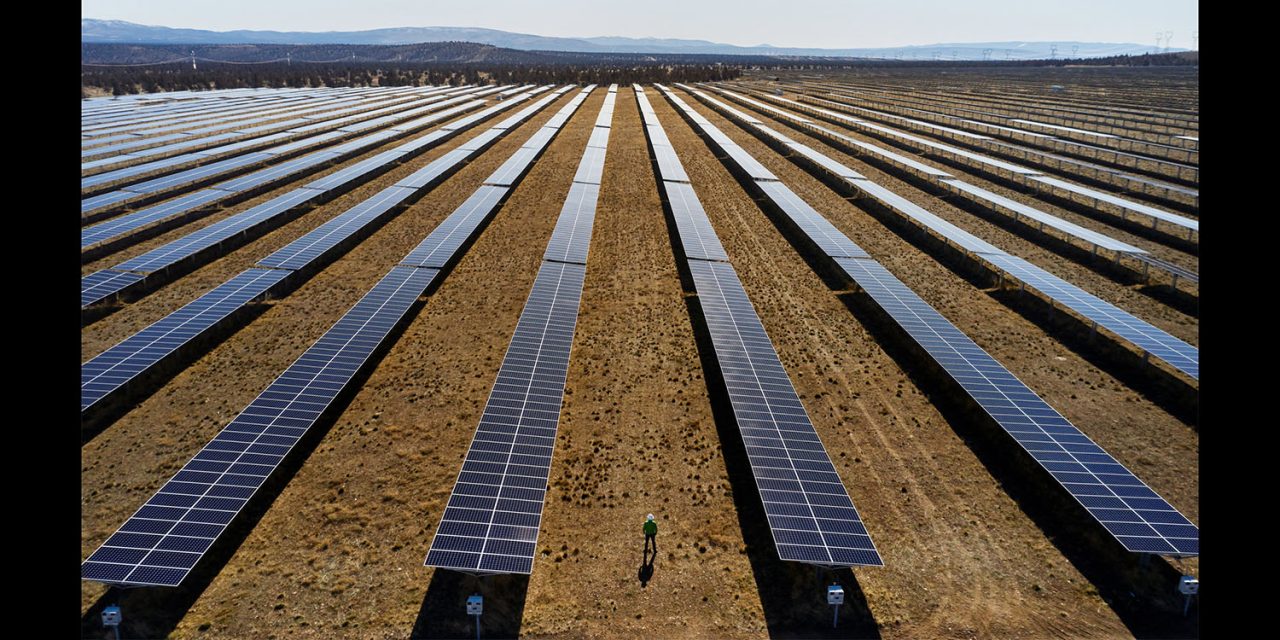 Apple declared its own operations 100% carbon neutral back in 2018, and last month said that it would achieve the same thing for its entire supply chain by 2030.

That’s actually a far bigger promise, because Apple’s suppliers use more energy than the company itself. But steps toward this target have highlighted the workaround Apple uses to make its claims…

Bloomberg this week noted this in a piece earlier this week.

So far 71 of Apple’s hundreds of suppliers have committed to using only renewable energy, about 8 gigawatts worth, or more than the peak power demand for the entire nation of Singapore. Once completed, these commitments will avoid over 14.3 million metric tons of greenhouse gases annually — the equivalent of taking more than 3 million cars off the road each year […]

Wind and solar power can be as cheap as fossil fuels, but they don’t produce at all hours of the day, so it isn’t feasible for major factories to run directly on renewables alone. Improvements in battery technology might soon change that, but at the moment Apple isn’t pushing its suppliers in that direction.

Instead, Apple wants them to invest in enough renewable energy in their home region to cover their power use. That way even if a factory requires coal-fired electricity in the middle of the night, it will have invested in enough wind or solar to keep an equivalent amount of coal from being burned at other times.

In other words, it’s not the case that Apple doesn’t use non-renewable energy: it does. What Apple means by “carbon neutral” is that it then generates enough renewable energy to offset the fossil fuel energy it uses. The principle here is that if it uses, say, coal-powered electricity overnight, it will feed the same amount of, say, solar power into the grid the next day.

In the US, this process is managed by Renewable Energy Certificates (RECs), as OneZero explains.

In the United States, a plant that sells renewable energy to the grid is also awarded a Renewable Energy Certificate (REC) for every megawatt-hour (MWh) of clean power that it generates. The company that owns that plant can then sell these RECs to other companies — this is intended to incentivize the development of clean power sources, and allows the purchasers to claim that the renewable energy was generated on their behalf.

Suppose a company consumes 500 MWh of electricity a year and they buy 500 RECs a year. That company is now eligible to claim that it is “powered by 100% clean energy” as long as it doesn’t resell the RECs.

A company connected to a grid that supplies 100% fossil fuel–generated electricity can say that it runs on 100% clean energy simply by buying RECs from green power plants located in some other part of the country.

It appears Apple expects its suppliers to take the same environmental approach: earning RECs, not buying them.

Current efforts toward 100% clean energy are focused on developing battery technology able to store the vast amounts of energy needed to power factories and data centers overnight, using only clean power generated the previous day. Other energy-storage approaches are possible, such as the hydroelectric storage system seen in the video below, but this isn’t practical in urban areas.

Once zero use of non-renewable energy is technically possible, I’d expect Apple to be the first to jump on board – but that’s not something likely to happen by 2030.