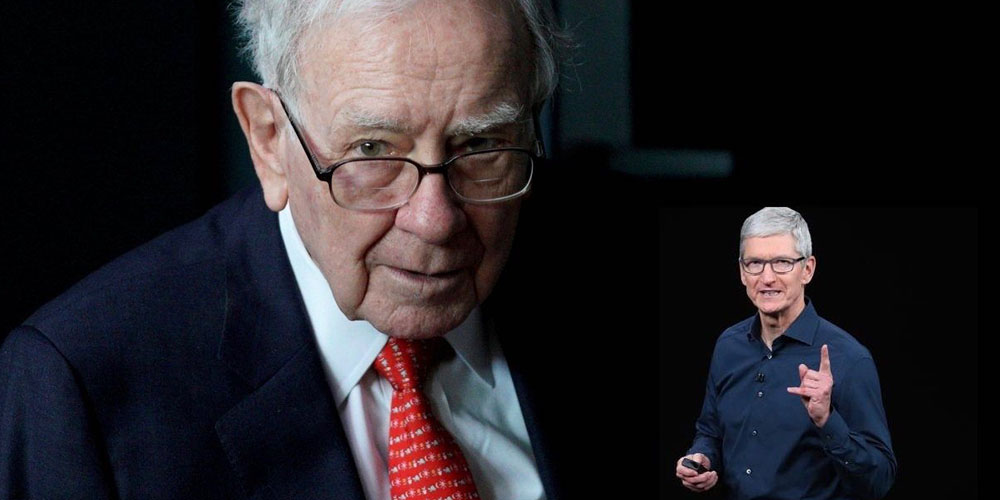 Warren Buffett has gone from being an AAPL skeptic to a massive investor in the Cupertino company. As AAPL looks set to break $500 this morning, a new report today summarises just how successful that investment has been in a single sentence …

Warren Buffett’s Berkshire Hathaway has made more money on Apple in four years than either company was worth 20 years ago.

Here’s how that was calculated:

The famed investor’s conglomerate spent about $35 billion to acquire around 245 million Apple shares between 2016 and 2018. Its 5.7% stake in the tech titan was worth about $122 billion as of Friday’s close, meaning it has racked up an $87 billion investment gain to date.

Apple’s market cap plunged below $70 billion during the financial crisis, and only recovered to north of $87 billion in March 2009, according to YCharts. It has mushroomed more than 20-fold since then to a record $2.1 trillion on Friday.

For a long time, Buffett didn’t invest much in AAPL because he said the company’s future was too unpredictable.

He changed his mind in 2016, with a billion dollar investment. He later said that while he had originally thought of AAPL as a tech stock, he now simply sees it as a hugely popular brand with enormously loyal customers. Earlier this year, he said that Apple is ‘probably the best business I know in the world.’