SoHo renovation will replace last Apple Store Theater in the US 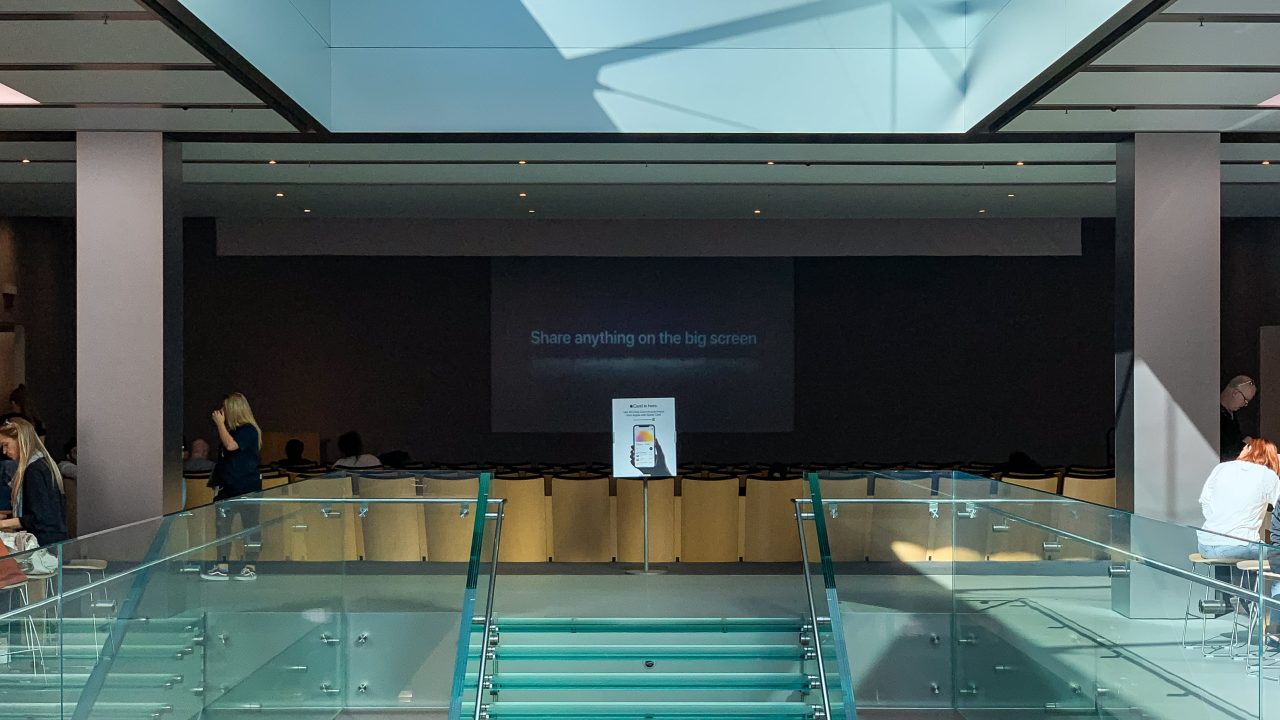 Apple’s oldest store in New York City will soon receive its first major renovation in eight years. The changes will upgrade the flagship store with a new space for creativity and close the curtains on a piece of Apple Retail history.

Apple SoHo’s upgrade will feature a Forum and Video Wall for future Today at Apple events. The Forum will replace the store’s Theater, an early Apple Store design element that’s been almost entirely phased out. SoHo’s Theater was the last in the US, and only two others still exist at Apple Ginza and Shinsaibashi in Japan.

The new Forum will offer modular seating, an improved audio system with a Hearing Loop, and a significantly larger and brighter LED Video Wall when compared to the store’s previous projection display. Upgrades at SoHo will also replace New York City’s first Apple Store Briefing Room with a redesigned Boardroom for business customers and event guests. Other surprises are in store, like refined finishes and fixtures not found in previous Apple Store designs. The changes will not disrupt the store’s hallmark glass staircase or historic brick facade.

Renovations began September 1, when the store moved from sales and service by appointment only back to more traditional operation as capacity allows. At the same time, a temporary partition wall was installed on the store’s upper level to separate the former Theater from the sales area. With group events impossible due to the pandemic, the space was mostly unused. A timeframe for completion has not been shared publicly. It’s not known if the pandemic will impact construction plans or duration.

The Theater was a store element introduced by Steve Jobs at the world’s first Apple Store at Tysons Corner. Stores offered group presentations on the latest software and hardware. High-profile locations featured notable guests and performances. More than 40 of Apple’s earliest stores were built with Theaters before nearly every location was remodeled out of existence to prioritize Genius Bar service.

Apple SoHo’s Theater persisted due to its popularity in New York City as an event space. The store regularly hosted celebrity authors, musicians, and filmmakers until newer locations like Apple Williamsburg in Brooklyn and the redesigned Apple Fifth Avenue created larger and more modern Forums reinvigorated by Today at Apple.

This isn’t the first time Apple SoHo has been upgraded. The Theater was first renovated in 2006 and again in 2012 when the store underwent its first major reconstruction and moved to a temporary location.