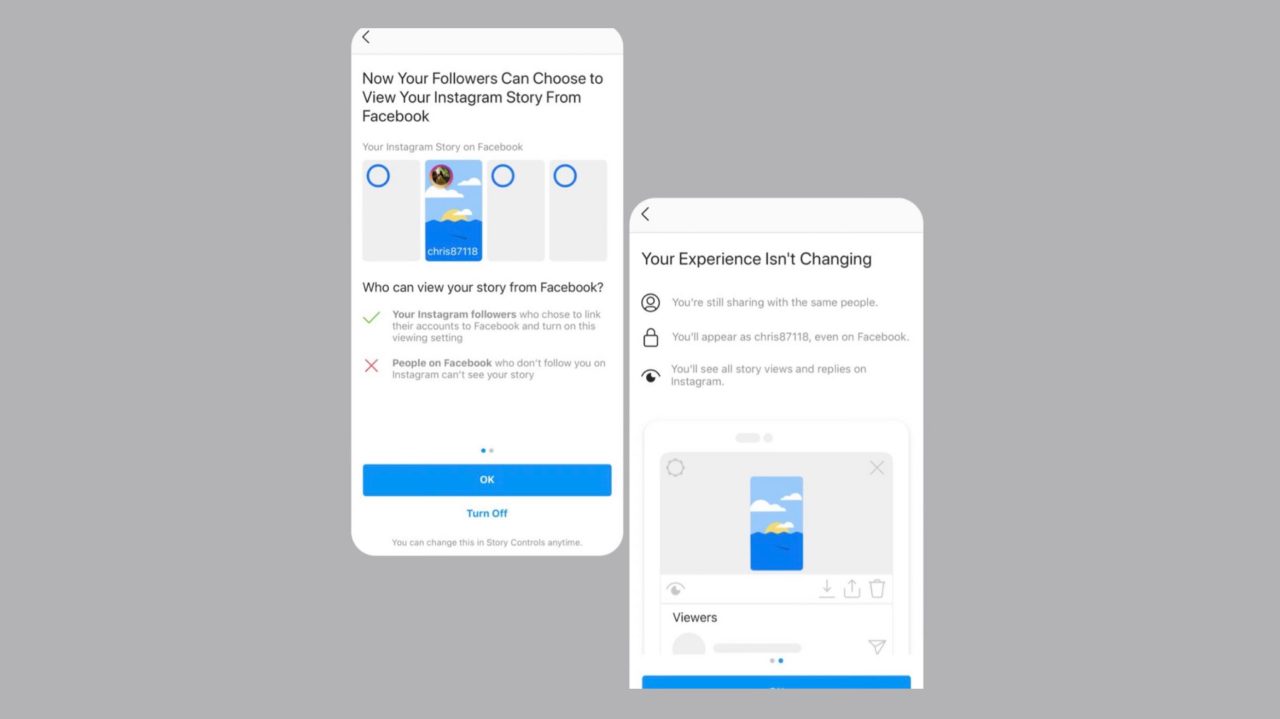 The report explains that Facebook has long been trying to encourage Instagram users to cross-post their Instagram stories to Facebook. This test is a significant expansion of these efforts, and it’s currently available to a small subset of users.

Facebook is trying to emphasize that nothing is changing about who can see your Instagram stories. Instead, this feature simply gives people who follow you on Instagram the ability to also view the same stories in the Facebook app. How such a feature is useful is unclear.

A Facebook spokesperson confirmed the testing of this new feature in a statement to Matt Navarra, adding that the feature is completely opt-in and respects all privacy settings:

We’re testing a new feature that gives people the option to view stories from Instagram on Facebook, making it easier to view moments from people you care about, regardless of what app you’re using. To see Instagram Stories on Facebook, people must have their accounts linked and opt into the experience. This feature respects all privacy settings, and people on Instagram can choose to not have their story visible on Facebook.

The spokesperson also confirmed this is a “limited test,” and the company will be listening to feedback from users. What do you think of this feature? Would you opt into having your Instagram stories cross-posted to Facebook automatically? Let us know down in the comments.