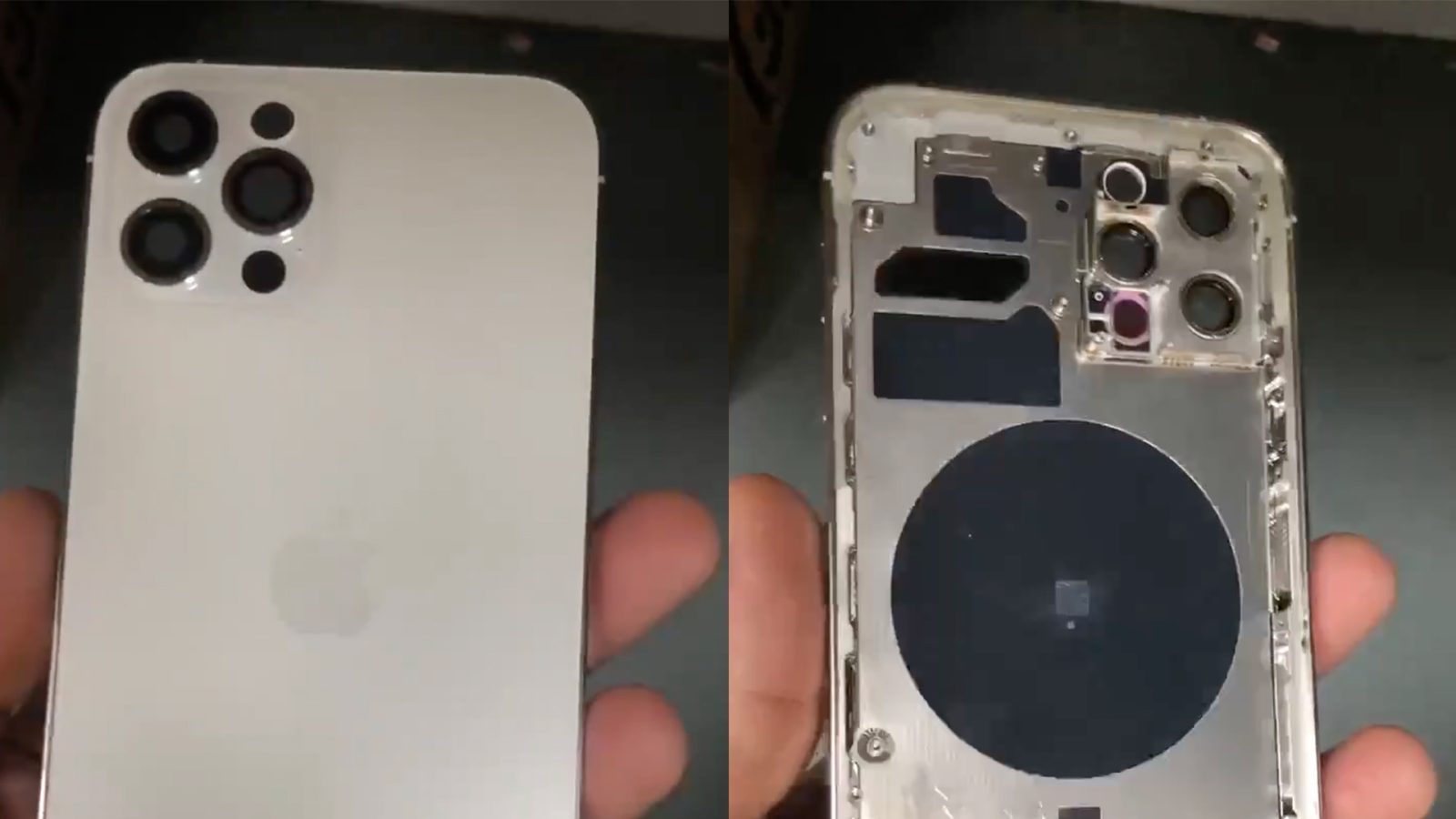 The iPhone 12 models will all feature a new design with flat edges according to several reports and rumors, but we haven’t seen yet a genuine leaked component of this year’s iPhones. However, a video shared today on Twitter by YouTuber Filip Koroy, known as EverythingApplePro, shows an alleged rear shell of the new 6.1-inch iPhone 12 Pro.

The rear shell doesn’t reveal many new details since it doesn’t have any hardware components attached, but if real, it gives us a better idea of what the new iPhones will look like. The first notable detail is the similar finish to the iPhone 11 Pro with stainless steel edges and matte glass, which is in line with all recent rumors.

At the rear of the chassis, we can notice a similar camera arrangement with three lenses and a LED flash, but there’s also an additional slot right below where the ultra-wide camera is located — and this is likely related to the LiDAR scanner.

The rumors about the LiDAR scanner on iPhone 12 were a bit controversial. While some reports claimed that only the larger 6.7-inch model will get the new sensor, today’s leak suggests that both Pro models will have LiDAR technology.

There are other interesting details on the allegedly leaked iPhone 12 rear shell, including the reallocated SIM tray and a new cutout on the right side of the phone that might be a 5G antenna. You can check the video below:

Apple is expected to introduce four new iPhone models this year, with two regular models and two Pro models. Although the company has already confirmed a special event for next Tuesday, Bloomberg suggests that the September event will only include iPad and Apple Watch details, with iPhone 12 coming later in October.

Read more about Apple’s September event and the iPhone 12 rumors here on 9to5Mac: