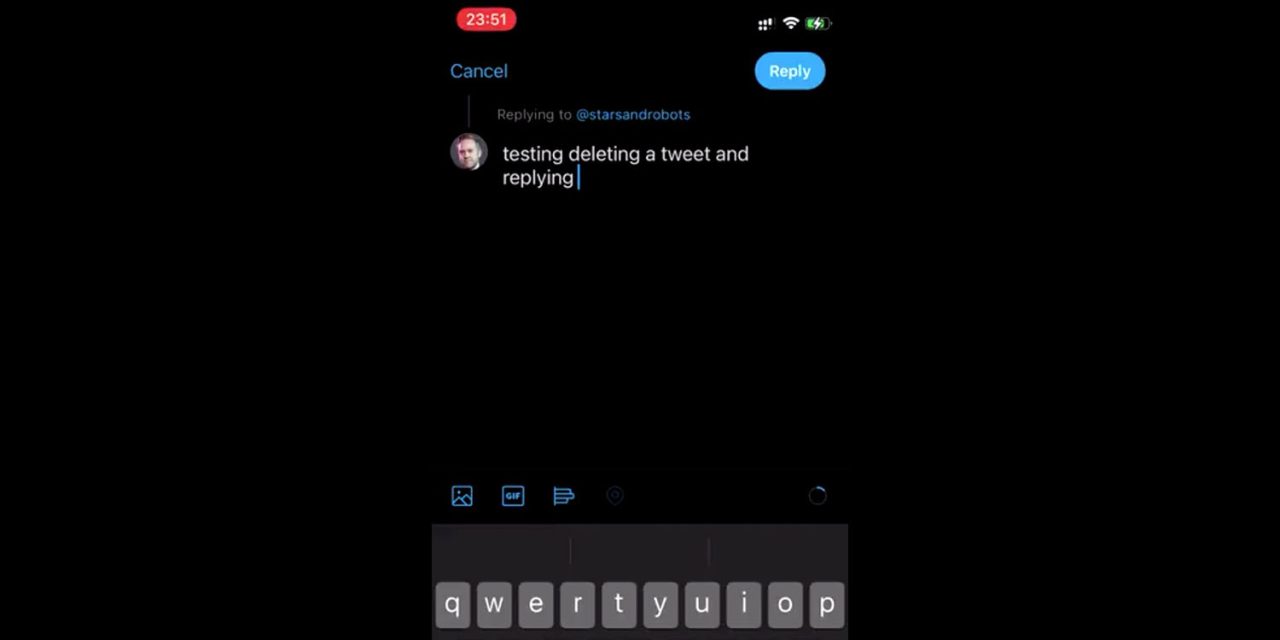 The ability to edit tweets has been by far the most-requested Twitter function, but the company has persistently declined to offer it. It seemed over the weekend that this might be changing, but what appeared to be a public test of an edit feature turned out to just be a bug …

OMG I think I just edited a tweet?? I wrote a tweet, noticed a benign single-letter typo, deleted the tweet and pressed “reply” again and found the full text of my previous tweet available to edit and send again. If this really is the feature test I think it is I am SO HAPPY.

The Verge’s Tom Warren created a video (below) demonstrating how it works.

To be clear, this was never showing editing of an original tweet, but rather editing a reply to a tweet – and even then only by deleting it and having your previous reply pop up effectively as suggested text. Still, that would have a step in the right direction, and at least opened the door. Here’s how it worked:

However, Twitter Comms quickly threw cold water on the idea, announcing that it was just a bug.

The Internet was not impressed.

Twitter CEO Jack Dorsey said back in January that the feature was not happening this year, and probably not at all – despite a tease in the summer.