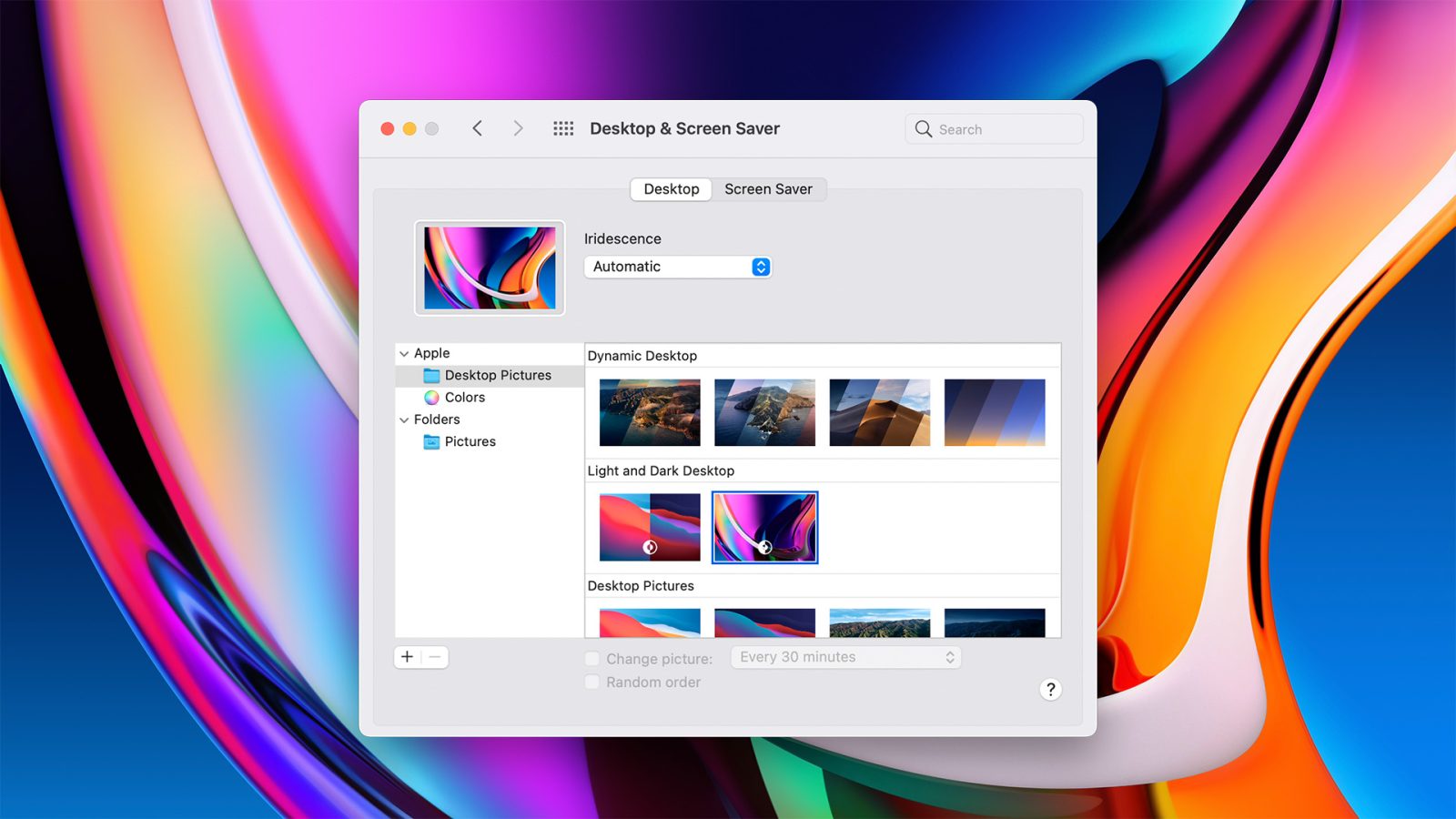 Apple today released the tenth beta of macOS Big Sur to developers and besides some changes for AirPods users, today’s update brings multiple new wallpapers to the Mac operating system — which already had two new wallpapers since its first beta.

There are 11 new wallpapers available in the macOS Big Sur beta 10, or 13 new wallpapers if you consider the other two previous ones. Most of the new wallpapers are photos of the Big Sur region, including photos of mountains, horizons, plants, and stones. There’s also a new abstract wallpaper called “Iridescence” with light and dark versions available.

macOS Big Sur remains available exclusively as a beta software as Apple has not yet said when the update will be officially released to the public. However, the addition of new wallpapers suggests that the public release is approaching.

According to rumors, Apple will hold another special event in November to introduce new Macs, including the first Mac with Apple Silicon. It’s likely that the company will officially release macOS Big Sur after this event.

Until then, you can download all the new macOS Big Sur wallpapers here on 9to5Mac. Just right-click or long-press on the image you want to choose below and open in a new tab, then long press again to ‘Save’ on iOS or ‘Save image as’ on macOS.